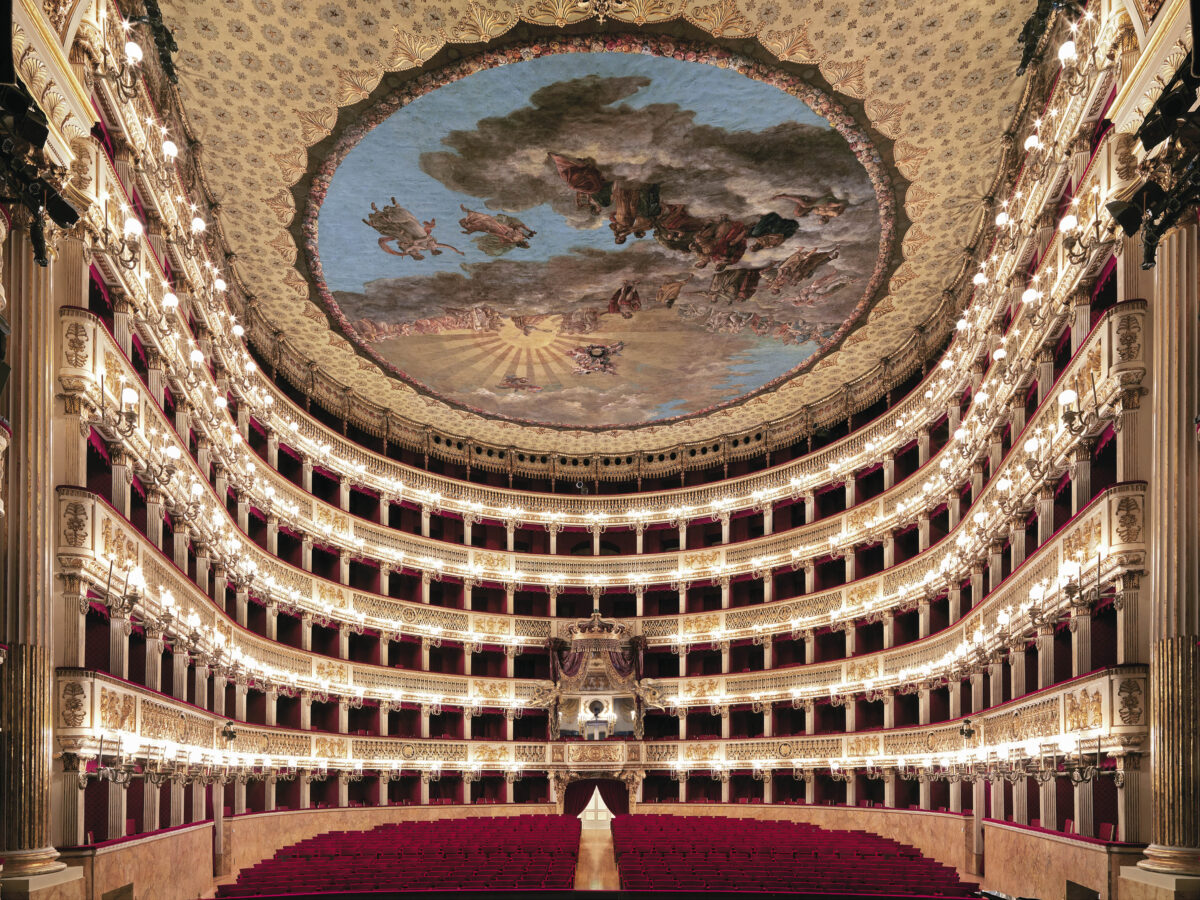 The interior of the theater is an engaging delight. Everywhere one looks there is something to discover and amaze. (Luciano Romano/Teatro di San Carlo)
Arts & Tradition

The Most Majestic Theater in the World: Teatro di San Carlo

Larger than life: Art that inspires us through the ages
BY James Howard Smith TIMEFebruary 7, 2022 PRINT

With the Amalfi Coast and Pompei as neighbors and the Isle of Capri and Sicily close by, Naples lies at the heart of southern Italy. Historically, it was the gateway to Rome and the north. It was here that the Teatro di San Carlo (Theater of San Carlo) was born and grew to become the cultural heart and symbolic monument of Italy’s third-largest city.

The theater was the inspiration of King Charles III of Spain, who presided over Sicily and Naples in the 18th century. He entrusted architect and Spanish Col. Brig. Giovanni Antonio Medrano with the design. The architectural feat in the neoclassical style was completed in 1737 and restored in 1816 by the Royal House’s architect and set designer Antonio Niccolini after a fire destroyed a large part of it. It stands today as the world’s oldest continuously active venue for opera.

The building presents an austere façade. White Ionic columns with gold ornament establish a rhythm across the upper portions and announce Apollo and the muses of the arts atop. At street level, the robust exterior is made of a dramatic dark stone base with arched openings that provide passage through to a contrasting light marble foyer.

The monotone foyer of white marble and subtle reliefs establishes a calm setting that serves to highlight the patrons’ evening dress. Then, when stepping into the theater, one enters an otherworldly realm of wonderment.

“The first impression is that you have been transported to the palace of an oriental emperor. Your eyes are dazzled, your soul enraptured,” the French writer Stendhal said in his “Rome, Naples and Florence.”

On the ceiling painting, Apollo appears in the heavens introducing the world’s greatest poets to Minerva. The poets bless the theater patrons with their divine cultural offerings.

Such beauty draws one out from the thoughts of everyday life to explore the exquisite glowing theater. As one’s eyes wander over the tiers of ornate balconies, one is immersed in a vibrant luminance of gold leaf, red velvet, and the sea of patrons equally ornate in their refined couture.

As one’s eyes settle on the elaborately ornamented proscenium (the stage opening), and the lights go out, the curtains part, and the theater fades from sight, its beauty becomes a prelude, and the stage is set for the main event.