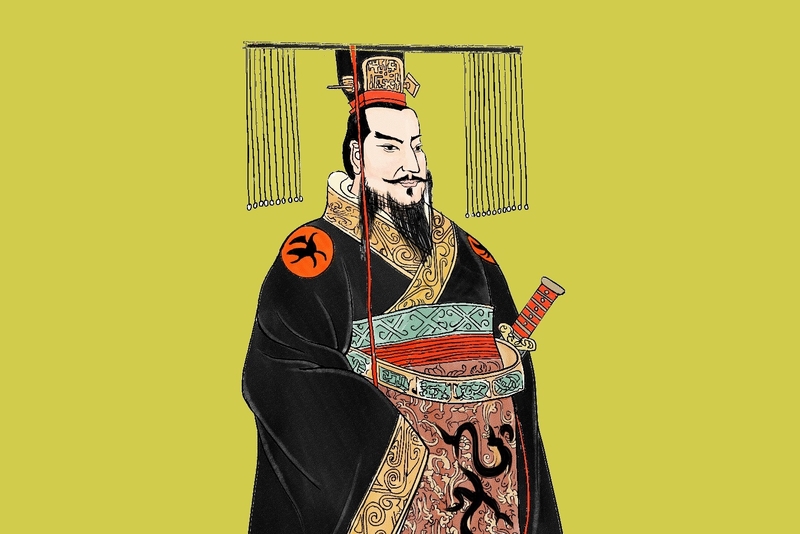 The Most Important Figures of Chinese History: China Under the First Emperor

This is the tenth in a series of articles by Epoch Times staff describing the foundations of Chinese civilization, and setting forth the traditional Chinese worldview. The series surveys the course of Chinese history, showing how key figures aided in the creation of China’s divinely-inspired culture. This installment outlines the peacetime accomplishments of Emperor Qin Shi Huang.

Though Qin Shi Huang ruled for just 12 years, and his dynasty fell soon after his death, the emperor created the concept of China familiar to us today—a vast civilization of varied culture and ethnicity sharing a common identity and the same written language.

After unifying the seven states into one dynasty, Qin Shi Huang set out to expand the new empire’s borders and establish the imperial system that would survive for the next two thousand years.

Before the Qin Dynasty, Chinese kingdoms—the Xia, Shang, and Zhou dynasties—had few defined boundaries and were in a fluid state of integration, fragmentation, and amalgamation with borderland tribes. Royal power did not reach far beyond the capitals, with much power vested in the hands of feudal vassals.

In the five centuries of disunity and civil war between the feuding dukes of the Spring and Autumn and Warring States periods, much of China’s population was displaced and its agricultural regions desolated.

To the north, the nomadic Xiongnu people took advantage of the chaos to drive south and pillage Central China.

After dealing with the Xiongnu, Emperor Qin directed his focus southwards, to the Yangtze River and beyond. Half a million people were moved into the area occupied by the Yue race in the southeast, assimilating the local population. These lands were reorganized and eventually became today’s cities of Suzhou and Fuzhou.

Further campaigns to the south brought the Baiyue (literally, “the hundred Yue”) tribes into the Qin fold.

The emperor dispatched commander Weitu Sui deep into the regions now known as Guangdong and Guangxi, and set up three prefectures in these new territories. Another general, Chang E (not to confused with the Lady of the Moon, whose name is also romanized as Chang E), penetrated the former lands of Chu State to the mountainous and heavily forested regions of Sichuan and Yunnan in southwest China. He constructed a highway that connected these parts to the rest of the Qin empire.

By the end of these campaigns, China’s core territory doubled from the time of the Warring States era (c. 475 – 221 B.C.), and was five times as large as the area ruled by the Zhou Dynasty (1046-256 B.C.). It extended from central Vietnam in the south to Mongolia in the north. The Great Wall snaked from Korea thousands of miles toward the deserts of Central Asia. Qin authority was established along the eastern and southeastern Chinese coast, while imperial armies neared the Himalaya mountains in the west.

General Meng’s campaign also allowed the Chinese to connect and expand on various disjointed and incomplete defensive walls built by the former Yan and Zhao states, starting the Great Wall of China. This wall spanned 10,000 Chinese li (one li is about a third of a mile), from the west in today’s Gansu Province east to the Yalu River, which separates China from the Korean peninsula.

The Great Wall is one of the First Emperor’s most famous achievements. Sun Yat-sen, the father of republican China, compared its construction with the legendary deeds of Emperor Yu the Great and held that without the protection afforded by the Wall, China would have long been overrun by the northern nomads.

Building the Great Wall required hundreds of thousands of conscripted laborers, a point commonly brought up in criticism of Emperor Qin.

One famous folktale, the story of Lady Meng Jiang, tells of a woman who spared no efforts in searching for the remains of her husband among the bones of the dead workers. While the tale is typically believed to illustrate the cruel inhumanity of Qin rule, writer Feng Menglong from the Ming Dynasty set the matter straight hundreds of years ago: Lady Meng had indeed existed, but she was the wife of a general from the state of Qi, and the general had died defending a fortification against enemy troops, not in building a wall.

Emperor Qin did much to ensure that China would stay undivided long after his death. Most famously, he standardized the systems of writing and road gauges that would continue to be used for thousands of years. A Chinese idiom that roughly translates as “on books, the same characters; on carriages, the same gauge” pays homage to this achievement.

Chinese characters, in use since legendary ages, were standardized under Qin’s rule into basic brush strokes that are still legible to modern readers. No major changes were made to these forms until the 1950s reform by the communist authorities that mandated the simplification of Chinese writing. Traditional characters are still in use in Taiwan and Hong Kong.

While standardized writing brought the nation’s thoughts together, Qin’s revolutionary system of roads physically held the vast territory of the empire together. The emperor, who actively toured his domain, would have massive highways laid down ahead of him on his travels across old country roads.

Radiating out of the Qin capital at Xianyang (the modern city of Xi’an), these highways extended to Inner Mongolia, the Shandong Peninsula in the east, what is today Guangzhou in the south, and modern-day Gansu in the west.

A Qin-era highway was built with a lime mixture and split into three major sections, with an “imperial lane” in the middle. Road gauges were standardized to a certain carriage of width, and the roads themselves penetrated even high mountains in remote regions. Records from the Han Dynasty say that the highways made it possible to travel over a hundred miles a day.

Emperor Qin set subdivisions of prefectures and counties, and tended carefully to the management and development of his conquests. This laid strong political and cultural foundations for the next two thousand years of Chinese civilization.

Qin abolished the old position of king and established that the emperor’s authority, granted by Heaven, was second to none in the mortal realm. His queen was not merely the first among many wives, but a paragon of motherhood in charge of all the imperial concubines and their palace quarters.

As legal inheritor to the throne, the imperial crown prince was the only person who obtained his post through hereditary succession. All the old hereditary titles and feudal positions were abolished and replaced by appointed officials and ministers. Three lords (among them a chancellor) and nine ministers answered directly to the emperor and held responsibility for the various administrative departments in charge of government, supervision, and justice. The three categories were distinct so as to limit corruption and bureaucratic infighting.

For 2,000 years from the time of Qin to the end of the Qing Dynasty in 1911, all dynasties, regardless their culture and origins, inherited the imperial system founded by the First Emperor.

Dear reader, we work hard to bring you important and interesting stories from around the world, but we can’t do it without people reading them. If you found this topic interesting, please share this article with your friends and family. Thank you!