‘The Most Elegant Dancing’: Psychologist in Awe of Shen Yun 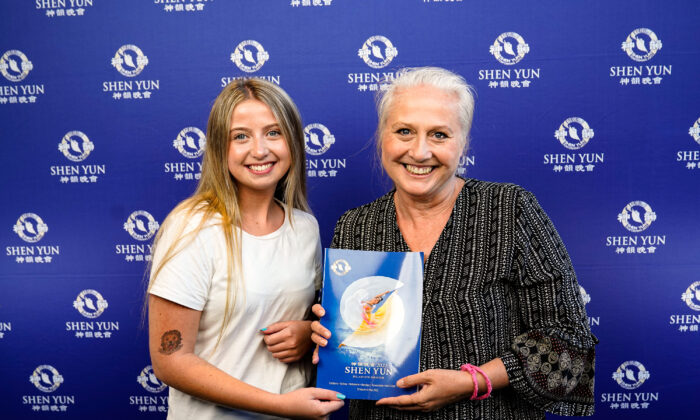 SYDNEY, Australia—Shen Yun Performing Arts has “the most elegant dancing” that is “just so engaging from start to finish,” according to Australian psychologist Reina Michealson.

Ms. Michaelson went to see Shen Yun at the Sydney Lyric Theatre on April 17 with her daughter Madeline Rushworth, who is a former dancer.

“The dancers were absolutely beautiful—it’s like they’re floating on the air,” Ms. Michaelson said.

“The music was beautiful,” she added. “It’s like we just got swept away from the beginning of China to the modern-day.”

Based in New York, Shen Yun is the world’s premier classical Chinese dance and music company that aims to revive China’s 5,000 years of traditional culture by sharing with its audiences “China before communism.”

From the show, Ms. Michealson learned about the history of classical Chinese dancing and “how it’s banned in China to express your cultural identity,” she said, referring to Shen Yun performers not being allowed to perform in China by the Chinese regime because of their spiritual belief, Falun Gong.

Falun Gong—a Buddha-school qigong practice that teaches truthfulness, compassion, and forbearance—is persecuted by the regime, alongside other faiths in modern China.

“[It] was really interesting and, combined with my passion for dance, it was really educational and beautiful,” Ms. Michealson said. “I just love the happy ending,” she added, “that the traditional culture of the Chinese people wins in the end.”

Her favourite dance pieces were “Plum Blossom in Spring” and the “Ladies’ Classical Chinese Dance,” which she described as a “display of flexibility and movement” that showcased each individual dancer’s talent.

But what’s so inspirational about Shen Yun, the psychologist noted, is that it “holds onto the tradition and is carrying it through to the next generation,” and that tradition “will never be forgotten.”

“We can face dark times throughout history,” she said, “but what’s wonderful is to have the hope, and to hold onto the hope.”

When she saw Shen Yun‘s portrayal of heavenly beings appearing on the stage, she said she felt assured that “peace and joy and goodness win in the end.”

“It’s just beautiful. We left, both Madeleine and I, just feeling exhilarated and filled with hope and joy,” she said.

“We loved every single bit of it and we’re coming back next year.

“Congratulations to all the dancers, all of the musicians, the narrators.”

Reporting by NTD and Nina Nguyen.