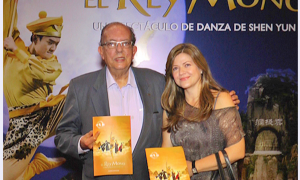 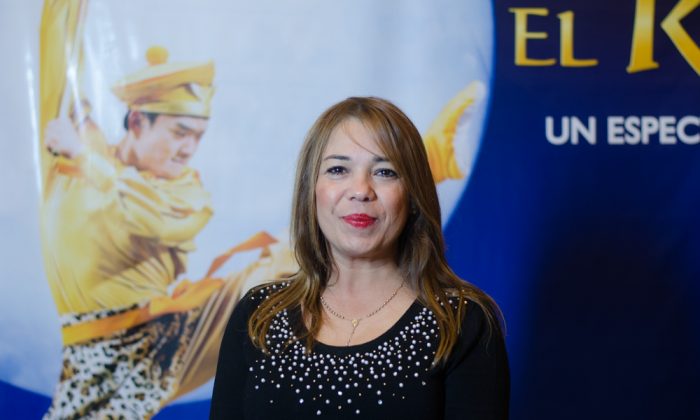 “The Monkey King,” which debuted this year in Latin America, shows the fun-filled but dangerous journey of the mischievous Monkey King and his friends as told in the famous classical Chinese novel “Journey to the West.” The novel provides insight into Buddhism, Taoism, and traditional Chinese beliefs, according to Shen Yun’s website.

Local dignitaries and artists in Tucumán were grateful for the chance to see a production by the New York-based Shen Yun. “The Monkey King” appeared at the Teatro Mercedes Sosa on May 30 and 31. Tucumán was one of the two stops of the touring dance company in Argentina, which also included Buenos Aires.

“Overall, it’s a kind of fable with a very important moral message for us,” Ms. Manzone said.

“When they talk about truth, benevolence, and forbearance, the three basic and fundamental pillars … [they] are the basic pillars for humanity,” she said.

The performance, she added, shows the importance of “the search for the truth and perseverance in spite of obstacles in the way.”

Jose Ramos, chairman of the City Council’s Commission of Culture, said the performance was very spectacular.

“I’m very grateful that the Tucumán Province was chosen to bring a performance of this great magnitude,” he said.

He said he also took away a message from the performance.

“A message to continue … to go ahead … a message of unity.”

Dr. Silvia Aguero, associate dean of the College of Arts at the National University of Tucumán, said the performance has a “mix of different art forms.

“The incorporation of dance, paintings (backdrops), the scenery, and costumes and the set, it is really gorgeous; and also a very good use of technology,” Dr. Aguero said.

She added that local artists in Tucumán can learn a lot from the performance, and it was important that the show visited their province.

“[The theater] is full, that means the performance had great success in Tucumán. I’ve been listening to what people say after leaving, and they are very happy, very satisfied,” she said.

The performance, according to Mauricio Guzmán, chairman of the Culture Bureau of Tucumán, leaves one speechless.

“You want to pinch yourself to know know if what you’re seeing is real or a dream,” Mr. Guzmán said.

Carlos Segura, director of culture at the City of Tafí del Valle, said the evening’s performance was an art form he has never experienced before.

“To me it’s a great fortune to be able to tell that I had the chance to see such a wonderful show like this,” he said.

“It is to me a great pride that [the performance] can be here in Tucumán.

Nicolas Brizuela, director of the Tucumán Ballet, said watching the performance was a great opportunity to learn.

“The performance is wonderful, the costumes, the scenery; the interaction between what’s on the backdrops and the stage with the artists is not easy,” Mr. Brizuela said.

“I wish they will come back soon with another performance,” he added.