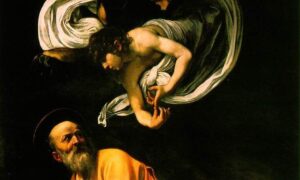 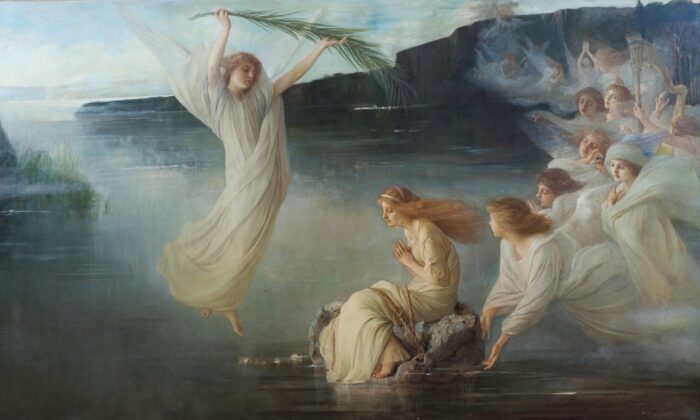 The Miracles of Faith: ‘The Martyrdom of Saint Christina’

I’m sometimes left wondering about this thing we call faith, a thing the philosopher Soren Kierkegaard celebrated as a paradox in which we, as individuals, have an absolute relationship with the Absolute, that is, God.

There is power in faith, in the doubtless belief in something without the need for physical evidence. Those who do have faith might cite spiritual evidence: a power within themselves that confirms the legitimacy of their belief, and sometimes this power cannot only save us from our own limitations but also produce miracles.

Many of the spiritual exemplars we’ve come to know and love don’t possess this type of doubtless faith. Actually, many doubt and question their faith but do so in a way that allows their faith to eventually grow and strengthen, and doubt becomes part of their paths.

One of those few who seem to have doubtless faith, however, was St. Christina.

Christina lived in the third century. Her father, Urbain, a magistrate, worshiped idols that represented the tenets of a hedonistic spirituality. Urbain wanted his daughter to become a priestess of this hedonism, so he locked her in a room and ordered her to worship the idols.

Christina, however, was able to look out her window, and the grand, organized universe she saw daily caused her to understand that there must be a Creator beyond the manmade idols locked in her room with her.

She fasted and began to pray that she could come to know God, and she began to experience a deep love inside her. She continued to fast and pray, and an angel came to her and taught her about Christian faith but told her that she would suffer for it.

Undeterred, Christina immediately destroyed the idols. When her father visited her and noticed the missing idols, he began to question her. She refused to speak to him. He instead told his servants to speak to her to find out what was going on, and to them she revealed her new faith.

Urbain was upset upon hearing about his daughter’s faith and decided to make sure she would suffer for it. He had her servants executed and beat her before throwing her into prison.

Urbain tried to beat and torture Christina’s faith out of her, but nothing he did worked. Every time Urbain hurt her, angels appeared, saved her, and healed her wounds. Finally, Urbain decided to execute her but died the night before he could carry out his plan.

A new governor, even more evil than her father, began to torture Christina, but she never lost faith and survived nearly everything thrown at her. Her faith and resolve inspired others’ interest in God. The new governor recognized that she would never relinquish her faith and finally executed her.

‘The Martyrdom of Saint Christina’

In 1895, over 1500 years later, Spanish painter Vincente Palmaroli created “The Martyrdom of Saint Christina.” He depicted one of Urbain’s attempts to kill his daughter: Urbain ordered Christina to be thrown into a lake with a heavy stone tied to her. However, angels appeared, untied her, and kept her afloat.

Palmaroli depicted our focal point, St. Christina, just right of center. She wears a plain, white gown representing her purity. A rope fastens her to the rock on which she sits. She puts her hands together, closes her eyes, and slightly bows her head in prayer as the wind blows through her amber hair.

An angel is seen immediately to the right of St. Christina. This angel looks at her, and with the touch of its fingers, effortlessly keeps afloat the heavy rock to which she is tied. A group of ethereal angels follow behind the first, and they all sing and play music to celebrate her faith.

To the left of St. Christina, another angel is floating above her and holds high in the air a palm frond, which traditionally represents the martyr’s strength of spirit to resist temptations of the flesh.

Here, the palm frond is also a celebration of the power of St. Christina’s faith, an unwavering power that enabled her to not only endure immense suffering but also access a world of angels and miracles.

The Miracles of Faith

Palmaroli showed us a grand scene of angels assisting and celebrating St. Christina. Without the angels, she would sink to the bottom of the lake and drown. The angels make the impossible happen: They make what is heavy light so that the load cannot pull her down.

Indeed, the angels save Christina from her own limitations. She lacks the physical strength to carry the heavy rock to which she’s attached; she needs the assistance of the angels, or she would die.

We sometimes take on heavy loads that prove to be too much for us. These loads may not only consist of work, relationships, finances, and so on, but also might include inappropriate things that infiltrate our lives and compete with our spiritual lives. These may prove too difficult and overwhelming for us to handle by ourselves, and we find we need help.

The angels, however, assist Christina only because of her strong faith. Despite her father who, believing differently than she does, tries to force her into a set of beliefs that she finds false, she remains steadfast and unmoved in her belief.

Without faith, she would have lived a completely different life. Faith seems to not only have deepened the love she experienced but also opened up an ethereal world beyond the physical one, a world of angels and miracles.

But what is the nature of St. Christina’s faith? Did she ask for help from the angels? Would asking for help to avoid her hardships constitute a doubtless faith? Or does her faith consist of an unshakeable belief and constant praise of God despite the hardships?

Herein lies the significance of these questions: Questions allow us to explore and see exactly where we stand in these matters. Asking questions presumes that we mere humans don’t have all of the answers; this is an undeniable truth.

So, what is faith? How faithful are we, really? Not everyone can be as immediately and doubtlessly faithful as St. Christina, but is faith something that can be practiced and strengthened?

How might we examine, practice, and strengthen this thing we call faith? Can we have an unshakeable faith in God, so pure and so doubtless that we can be assisted in carrying our heavy loads, and once again, allow miracles to return to our world?