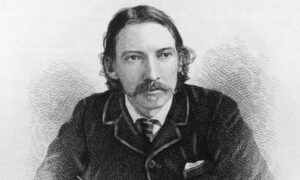 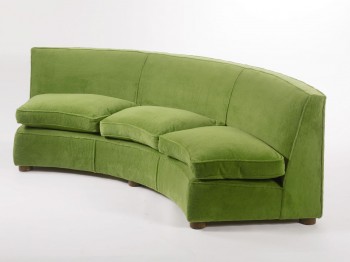 NEW YORK—Quickly rising in value, mid-century modern antique furniture is not only chic, it also goes well with contemporary design. With the timely help of the popular television series “Mad Men,” which follows a successful New York ad agency through the 1960s, America’s fascination with the style of the era is at a new high.

The style has had passionate followers for some time, including designers, architects, retro fashionistas, and hipsters, but its entrance into the mainstream has solidified in recent years.

Fans of the 1950s and 1960s designs will buy pieces just as accents, while serious followers and collectors go all the way and decorate their homes completely in the style. Either way, “the frenzy for mid-century modern is still hot,” according to MidCenturyModern.com.

Earlier this year, BBC started filming its own glossy, mid-century era television series, “The Hour,” in an attempt to cash in on the craze. The Telegraph reported, “Mad Men has spawned a revival in everything from mid-century modern furniture to slim-lapelled suits. ‘The Hour’ is just as shrewdly styled—and its fashions are likely to prove similarly influential.”

It’s hard to pin down the exact dates of “mid-century modern.” Some have it fall exactly between 1933 and 1965, while others give it a slightly more modern and nominally accurate sweep of 1950–1970.

The design movement is believed to have gotten the name “mid-century modern” from the publishing of “Mid-Century Modern: Furniture of the 1950s,” by Cara Greenberg in 1983.

There are a few designer names that are always mentioned when talking mid-century furniture design, like Eames and Herman Miller. Their antique furniture pieces “can sell from $5,000 to $25,000 and are in high demand,” according to PoeticHome.com.

The website CollectorsWeekly.com pulls together the best vintage Danish mid-century furniture on sale from eBay, and shoppers can bid on furniture of excellent quality and condition by designers of the Eames era, priced in the low hundreds.

A tip from the Poetic Home website suggests anything in good condition from the era may end up being valuable: “Even the ‘no-name’ mid-century modern pieces are a good investment. Given the tremendous popularity of the entire mid-century modern movement, all excellent condition antique furnishings and collectibles of this era will have high demand.”

“Danish Modern tables and chairs, desks and dressers, and other types of furniture from the post-war period are recognizable for their simple, elegant, and airy forms,” explains the Collectors Weekly website. “Many of the pieces, which were typified by their clean, sweeping lines, were of very high quality. As a result, excellent examples of vintage Danish Modern furniture are still available in usable condition.”

Chatsworth Auction Rooms in Mamaroneck, New York, a 30-minute drive from Manhattan, have a huge multi-level showroom filled with estate collections, including mid-century furniture. However, most of their sales are online, with people across the country and around the world searching for good mid-century pieces.

Coming up in September, Sotheby’s auction house has announced the sale “A Midcentury Eye: The Collection of Colleen Sullivan,” which include pieces selectively gathered by the enthusiastic collector from her Chicago home.

Furniture, ceramics, glass, and carpets will be offered from “prominent European and American designers from the 1930s through the 1960s,” according to the press release, and will be on pre-sale exhibit at Sotheby’s New York gallery on the Upper West Side beginning Sept. 17.

“The sale marks an ideal starting point for any young collector who is creating their first interior,” Zemaitis says.

But for the more seasoned collector, there are some higher quality gems worth inspecting.

“And there are wonderful and affordable groups of French, Scandinavian, and American ceramics and glass that burst with color and form,” Zemaitis said.