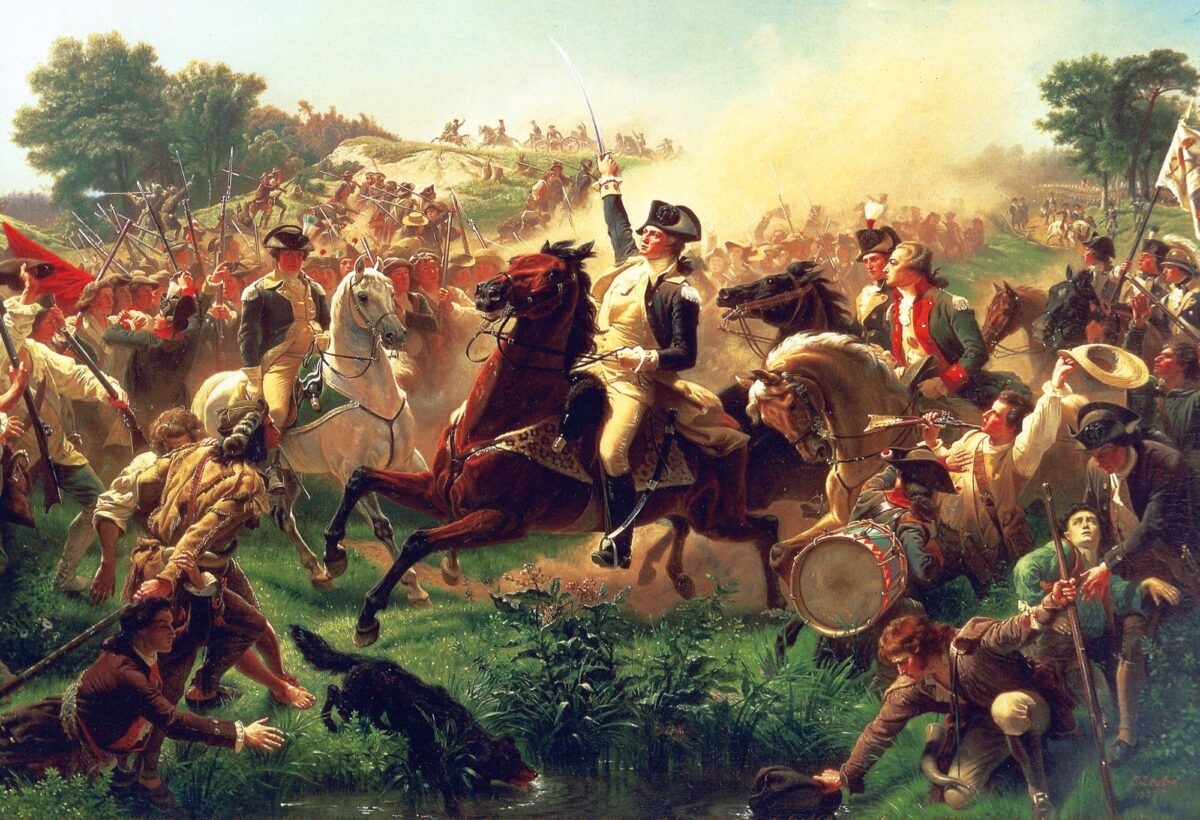 The Making of Thanksgiving

Art exploration for the young and young at heart
BY Andrea Nutt Falce TIMENovember 16, 2021 PRINT

What does the Thanksgiving holiday bring to mind? If you said family, roast turkey, cranberry sauce, or pumpkin pie, that would likely strike a chord in the minds of most Americans. If asked about the true origin of Thanksgiving, however, the answer might be a matter of greater debate, mixed, mashed, and buttered-up with inaccurate lore.

What did you learn about Thanksgiving in school? Did it have something to do with Plymouth Rock, pilgrims, a shared harvest thanks to Native Americans, and conversations about peace or oppression? While pilgrims were known to have celebrated festivals honoring God for good harvests and there are accounts of Native American tribes being invited to meals, a whole lot of propaganda peppers the reality of events at the American table.

Some people reduce Thanksgiving to a mere “Turkey Day.” Some deny both God and gratitude. But those who value truth and tradition must at least insist on an accurate historical conversation regarding the holiday.

On Oct. 3, 1789, George Washington, first president of the newly formed United States of America, issued the first Thanksgiving Proclamation. In Washington’s own words:

“It is the duty of all Nations to acknowledge the providence of Almighty God, to obey his will, to be grateful for his benefits, and humbly to implore his protection and favor … Now therefore I do recommend and assign Thursday the 26th day of November next to be devoted by the People of these States to the service of that great and glorious Being, who is the beneficent Author of all the good that was, that is, or that will be—That we may then all unite in rendering unto him our sincere and humble thanks … for the civil and religious liberty with which we are blessed … we may then unite in most humbly offering our prayers and supplications to the great Lord and Ruler of Nations and beseech him to pardon our national and other transgressions.”

Some call Washington’s proclamation the first executive order, some call it the second. Other groups appear inclined to ignore its existence altogether. President George Washington was passionate about giving thanks. He wrote a letter to James Madison expressing his desire to institute a national day of gratitude to God several months before he appealed to Congress for it. He was additionally known to have designated special days of prayer after triumphs on the battlefield during the Revolutionary War. After Washington, many American presidents continued the tradition of Thanksgiving, and many states kept it up in November or declared additional days of thanksgiving to God throughout the year. Thanking God is a foundational American tradition. It has also been long understood as essential to the formation of a strong national character.

On another Oct. 3, 1863, as a response to a critical Union victory at the battle of Gettysburg, President Abraham Lincoln announced the nation would celebrate an official Thanksgiving holiday on Nov. 26, 1863. The nation had been ravaged by civil war and its honorable leader looked to the Lord for help and for healing, beginning with thanks. In Lincoln’s words:

“The year that is drawing towards its close, has been filled with the blessings of fruitful fields and healthful skies. To these bounties, which are so constantly enjoyed that we are prone to forget the source from which they come, others have been added, which are of so extraordinary a nature, that they cannot fail to penetrate and soften even the heart which is habitually insensible to the ever watchful providence of Almighty God.

“They are the gracious gifts of the Most High God, who, while dealing with us in anger for our sins, hath nevertheless remembered mercy. It has seemed to me fit and proper that they should be solemnly, reverently and gratefully acknowledged as with one heart and one voice by the whole American People. I do therefore invite my fellow citizens in every part of the United States, and also those who are at sea and those who are sojourning in foreign lands, to set apart and observe the last Thursday of November next, as a day of Thanksgiving and Praise to our beneficent Father who dwelleth in the Heavens.”

From its earliest proclamation, Thanksgiving Day was intended as an American holiday to honor God and thank the Almighty for his gifts, peace, and the fruitfulness of our precious land. It wasn’t until President Franklin Delano Roosevelt in the 20th century that anyone attempted to alter the observation of Thanksgiving Day suggested by Lincoln. But in order to maximize commercialism before Christmas, in 1939, FDR decided to move Thanksgiving to the second to last Thursday of November. Prioritizing economic agendas over a day of thanks didn’t sit entirely well with the nation; 32 states issued proclamations accepting the President’s alteration of the holiday and 16 states refused.

For two years, the country celebrated Thanksgiving on separate weeks. On Oct. 6, 1941, Congress proposed making Thanksgiving Day a set holiday, the last Thursday of November. For the sake of compromise, the Senate amended the resolution to the fourth Thursday (accounting for capitalistic concerns regarding Novembers with five Thursdays). Roosevelt signed the resolution on Dec. 26, 1941. That’s when Thanksgiving Day became an official federal holiday.

The U.S. government was created to respect and protect the will, freedom, and faith of the American people. But, as the Founding Fathers taught, it should never be taken for granted.

In 1854, an oil painting titled “Washington Rallying the Troops at Monmouth” was completed by a German American immigrant named Emanuel Leutze. Leutze so admired American ideals that even when he returned to Europe to study painting, he chose to use his art to influence European reformers regarding the virtue and heroism of the American Revolution. The scene depicts General Washington riding courageously through a battleground, saber drawn, leading American soldiers to victory.

After offering his life to fight for freedom as a soldier, and then serving two terms as president, rather than grasp at permanent political power, Washington relinquished his position to work the land that he loved. Washington was a resolute leader of nations and also a simple, thankful farmer. When he returned to Mount Vernon after the Revolution, Washington wrote to an acquaintance, “At length my Dear Marquis I am become a private citizen on the banks of the Potomac, & under the shadow of my own Vine & my own Fig-tree.”

George Washington mentioned the vine and fig tree throughout his private writings about farm life, making a subtle reference to the biblical passage, “And Judah and Israel dwelt safely, every man under his vine and under his fig tree.” (1 Kings 4:25)

There is a second painting you may find pleasure in this holiday. It’s a beautiful little work of watercolor by another American artist named Winslow Homer. The piece, titled “For to Be a Farmer’s Boy,” was painted in 1887. In the image, an adolescent stands amidst a fertile crop of pumpkins and greens. According to the Art Institute of Chicago, X-rays and testing reveal that the glowing sky was originally painted in chrome yellow and rose madder—which are both fugitive pigments (meaning they fade over time but would have created a strong sense of sunlight at the day’s end).

The significance of the work remains clear. Though his head is in shade, a hardworking boy faces the setting sun in apparent contemplation. The title of the work is based on an Old English song about a youngster relishing the opportunity of labor in spite of his tender age. In this glowing painting, Homer explains a rich harvest and the strength of vision and heart in the American youth. For to be a farmer’s boy or girl in America is to partake in a legacy of faith, freedom, and fruitfulness.

We are a nation where a farmer can become president, and the greatest presidents have relished the opportunity to sweat over a bountiful harvest. The humble and heroic effort of Americans aided by God ought to inspire thanks indeed.

May it also inspire us, young and old, to keep working to preserve the sacred tradition of gratitude epitomized in Thanksgiving.

Andrea Nutt Falce
Follow
Andrea Nutt Falce is a happy wife and mother of four. She is also a Florentine-trained classical realist artist and author of the children’s book, “It’s a Jungle Out There.” Her work can be found at AndreaNutt.com
SHARE
Friends Read FreeCopyFacebookTweet
SHARE
Friends Read FreeCopyFacebookTweet
You May Also Like