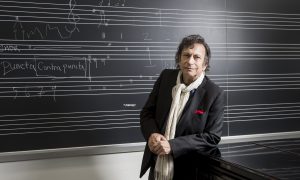 Pianist David Dubal: The Classics Are a Balm for Our Spiritual Wounds
0 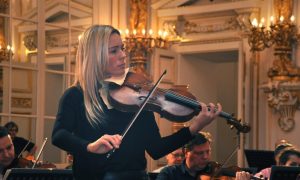 Classical Music Takes Us to a Noble State of Mind
0 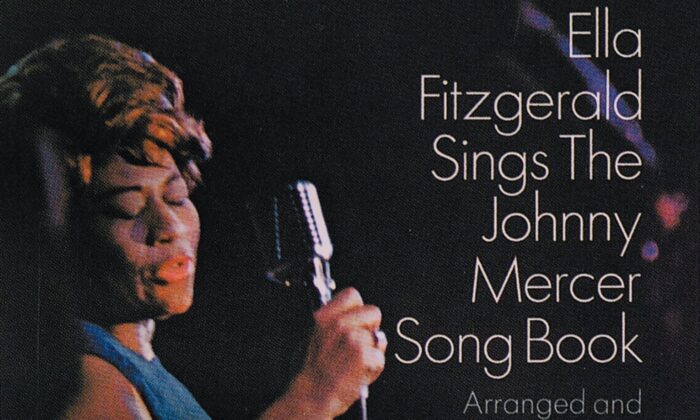 Is the Great American Songbook still being written?

The so-called Great American Songbook is defined as a canon of the memorable “standards” of popular song that helped to define American culture in the first half of the 20th century. Its great composers included Irving Berlin, Cole Porter, the Gershwins, and Jerome Kern.

These songwriters’ names were just as well-known as the names of famous singers, because it was an age when the song stood proudly independent from the performer. Standards such as “Stardust” by Hoagy Carmichael would be uniquely recorded by many singers, from Frank Sinatra to Doris Day to Nat King Cole. One of the last songs to receive such multi-artist treatment was Paul McCartney’s “Yesterday” (1965), the most recorded song in history, with over 4,000 versions by everyone from Ray Charles to Plácido Domingo.

By contrast, the second half of the 20th century saw the rise of so-called singer-songwriters, who both wrote and performed their own songs, like James Taylor, John Denver, Carol King, and Elton John. The practice of having separate songwriters and singers has declined now, except in country music, but even there, the singer who records a certain song still tends to “own it.”

Another big difference from the past is that songwriters’ names are little-known by the general public now. How many have ever heard, for example, of Nadir “RedOne” Khayat, co-writer of some of Lady Gaga’s biggest hits?

Allow me to do a comparison of one of Lady Gaga’s most famous songs, “Poker Face,” with one of the Great American Songbook songs, “Midnight Sun,” to see what exactly might have changed in the art of songwriting. Never fear—I will be sure to explain my analysis in terms that everyone can understand.

In 2009, Gaga’s hit was one of the bestselling singles, with over 9.5 million sales that year. I got hold of the “Poker Face” score and did a bit of simple analysis, comparing it with the score to the great lyricist Johnny Mercer’s “Midnight Sun” (1954), with music by Sonny Burke and Lionel Hampton. This song was first a big hit for Ella Fitzgerald in 1957 and subsequently recorded by many others, including Jo Stafford and Sarah Vaughan, and more recently Diana Krall.

First of all, let’s compare the chords of the two songs. “Midnight Sun” has 24 different kinds of chords (in other words, it is richly and continually varied in harmony) in a highly sophisticated “progression.” Dramatically contrasting with this, “Poker Face” has just three chords repeated monotonously over 30 times and which do not even make a progression, such as you’d find in the three chords of a rock or country song.

Next, let’s look at the melody in the two songs. “Midnight Sun” presents a typically wide range for the singing voice, from low to high, of an octave plus three steps, with an interesting melodic shape that often contrasts the singer’s warm lower notes with his or her climactic high ones. The beautiful melody stands up as a tune on its own, having first been recorded as an instrumental.

By contrast, “Poker Face” mostly hovers on the note middle C and dips down to a few other notes within the narrow range of a fourth (four scale steps), only occasionally jumping up to a note an octave higher. Its overall effect is as a drone or chant, and the vocal line would not likely stand up on its own as a memorable tune without words.

Finally, perhaps the biggest contrast is in the lyrics to the songs. Johnny Mercer’s lyrics are utterly poetic and romantic, for example: “Your lips were like a red and ruby chalice,/ Warmer than the Summer night./ The clouds were like an alabaster palace,/ Rising to a snowy height./ Each star its own Aurora Borealis,/ Suddenly you held me tight,/ I could see the midnight sun.”

The lyrics to “Poker Face” are more overtly sexual and make little attempt at either poetry or romance, for example: Oh, whoa, oh, oh/ Oh, oh oh/ I’ll get him hot, show him what I’ve got/ Can’t read my, can’t read my/ No, he can’t read my poker face … P-p-p-poker face, p-p-poker face (mum-mum-mum-mah).”

While it may be argued that the rhythmic, driving beat or the fantastic video production of today’s songs compensate for the missing elements described above, it could be counterargued that those things only serve to mask their deeper deficiencies.

The Great American Songbook remains a treasure worth preserving and celebrating, and, thankfully, it lives on in fresh recordings by people like Michael Bublé and even by Lady Gaga herself (with Tony Bennett)!

And for those who don’t know “Midnight Sun,” please savor its melody and the rest of its fabulous lyrics.

American composer Michael Kurek is the author of the recently released book “The Sound of Beauty: A Composer on Music in the Spiritual Life” and the composer of the recent Billboard No. 1 classical album “The Sea Knows.” The winner of numerous composition awards, including the prestigious Academy Award in Music from the American Academy of Arts and Letters, he has served on the Nominations Committee of the Recording Academy for the classical Grammy Awards. He is a professor emeritus of composition at Vanderbilt University. For more information and music, visit MichaelKurek.com