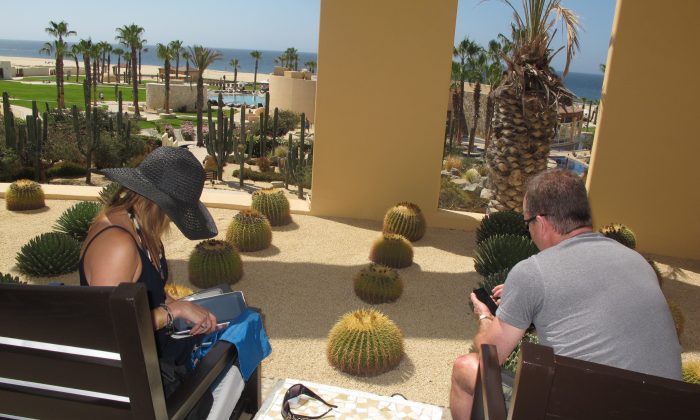 The Lost Art of Conversation

I admit: I am a people watcher. I am curious and derive great enjoyment from observing people in groups or couples as they meet in restaurants, at symphony concerts, in parks, museums, airline lounges, trains, and a number of different venues located in my hometown in the heart of Silicon Valley, California. Recently, I also visited a number of countries overseas. All this observing has led me to the inevitable conclusion that the art of conversation is disappearing.

At a recent restaurant outing I observed a family as they were dining together. Everyone—parents as well as children, were totally engrossed in spending time on their iPhones. There was no conversation until the waiter came along to take their order. I thought that perhaps that would break the ice and snap them out of their enrapture with their gadgets. But, no. The waiter left and it was “back to high-tech communications” mode for all members.

Yes, silence is golden, but not in this case. The clinking of the dishes was not the only sound I wanted to hear.

Conversation is what keeps families together. Recounting stories and remembering times spent together cements a family’s own history and sense of continuity and even uniqueness.

On my recent cruise voyage on the Danube River in Europe, I noticed quite a few couples who were supposed to be enjoying the stunning vistas, but all they did was sit next to each other, on the observation deck, mind you, but not to enjoy the view, no—what truly captured their attention was the view of their iPads.

Where’s the romance of holding hands and telling your significant other: “Honey, this is beautiful and so are you?” The art of conversation, as I know it, was missing. They could have easily stayed home and watched the National Geographic Travelogue on TV—which would have also saved them money.

Leafing through the latest edition of Emily Post’s “The Etiquette Advantage in Business,” I decided that what’s missing in this latest and the greatest bible of proper behavior and good manners scenario, is an etiquette advice on the art of conversation.

Among Lizzie Post’s suggestions as a workplace etiquette is to avoid the urge to mass blast your ideas using the social media outlets to a thousand of your dearest and closest friends, who may have other ideas. “No, not without talking about it first to a few people who really count. Such think sessions have an etiquette of its own.”

Since Post died in 1960, her great-great-granddaughter Lizzie Post, who continues Emily Post’s popular and well-established tradition of implementing the etiquette parameters, decided that an upgrade is necessary due to the birth of social media and the new way of digital communications.

Although Post’s third edition of “The Etiquette Advantage in Business” mainly upgrades the good manners in the business world, I think it can easily pertain to our communications outside of work or school hours.

Breakfast time with the family is where conversation is vital as a positive send-off for the day’s activities, especially with the children, be they teenagers or younger.

The Merriam-Webster dictionary gives the definition of the word conversation as the “oral exchange of sentiments, observations, opinions, or ideas.”

Growing up as an only child would have been very lonely if I didn’t have my daily dialogue with my parents. Their love, attention, and their own stories of their past created so many vivid conversations that I cherish and reminisce about each and every day.

And now my young grandchildren have expressed their desire to hear about my childhood. They pay attention to every word I say and ask a lot of questions. I know they are listening and comprehend. Their eyes light up and it is a time when we truly connect. We have great conversations while they are also developing their language skills.

Observing people in action using their high-tech tools I notice that there is no expression on their faces and no emotional attachment to the story they are relaying to the person on the receiving end. Where is the drama or the excitement of their so-called conversation?

Mark Twain wrote: “Let us make a special effort to stop communicating with each other, so we can have some conversation.”

Perhaps Twain had an epiphany of what the future of our civilizations held way past his passing away. Then again, the tendency of talking at each other rather than with each other has always existed—a remnant of the strict hierarchy of society in centuries past perhaps. But this modern way of communicating is something that we have never really had to deal with before and yet we have become so good at in little more than a decade.

We modern people have become virtuosos of our sleek, powerful, and once-considered sci-fi instruments of “communication,” but the art of true communication and real conversation has decidedly suffered.

“We’re talking all the time, in person as well as in texts, in emails, over the phone, on Facebook, and Twitter. The world is more talkative now, in many ways, than it’s ever been,” says Sherry Turkle, a psychologist and a professor at MIT who was quoted in The Atlantic Magazine (Jan/Feb 2014 issue). “We’re talking at each other rather than with each other,” said Turkle.

Unbeknownst to my subjects, but in the name of research, I played the secret snoop. I took many photos of couples on a date, couples on a holiday, an outing with friends and families spending “quality time” together, among others. What I saw reflected was that true communication was all but lost.

But consider this a “call to arms” to revive it. Think of cultivating the art of conversation as the new fitness for your brain, social life, and overall essential social etiquette.