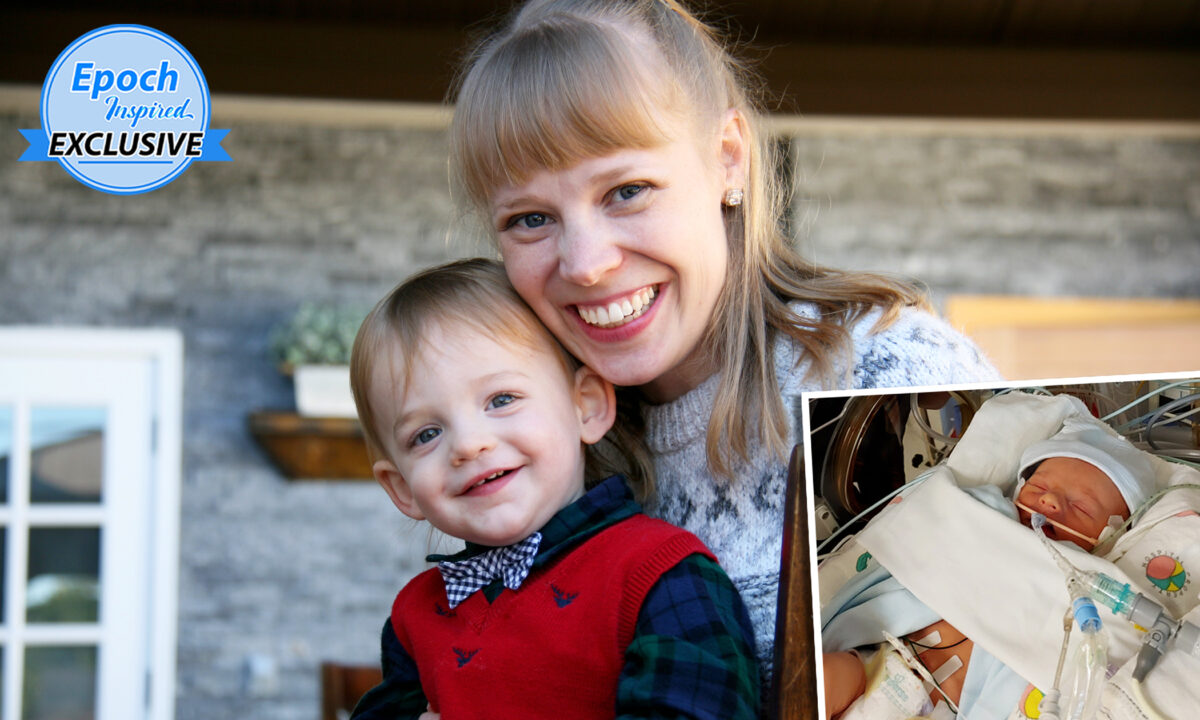 ‘The Lord Is in Control’: Parents Choose Faith Over Abortion, Saving Baby With Genetic Defect

Two parents from Chatsworth, California, found themselves at a fork in the road when at 21 weeks into the pregnancy they were told that their baby had a congenital diaphragmatic hernia (CDH), a genetic defect that leaves a hole in the diaphragm between the chest and abdominal cavity.

What looked like a dead end was, for parents Caleb and Abigail Ostrom, merely an opportunity to trust God. When their perinatologist offered them the option of aborting their son, their response was, “God gave us this baby, and we want him no matter what.”

“We firmly believe that the Lord is in control of our lives, and that He works all things together for good for those who love Him,” Abigail Ostrom told The Epoch Times. “We are so thankful for the gift of our son.

“Theodore’s story reminds us that God is not bound by natural limitations. We look forward to one day telling Theodore about how God showered him and us with mercy and grace.”

Ostrom, a stay-at-home mom and small-business owner, says they were first surprised to find out she was pregnant in August 2019, and then “thrilled” to learn at 13 weeks that they were having a baby boy. After a 20-week ultrasound, they were referred to a perinatologist due to visible displacement of the baby’s heart.

A week later, the perinatologist performed a detailed scan and discovered that the baby’s stomach had moved into the chest cavity, pushing the heart to the right side. The Ostroms’ baby was diagnosed with CDH, and the severity of the hernia was unknown at the time; the parents were left with two options.

The first was to watch and wait. The possibility of stifled lung development, fetoscopic endoluminal tracheal occlusion (FETO) surgery before birth, or immediate newborn surgery all loomed.

“My husband and I remained calm as [the perinatologist] explained all of this to us. She left to give us a few minutes to ourselves. Then I cried. Everything had been going smoothly—I never saw this coming. Genetic troubles didn’t run in either of our families, and I was only 27 years old,” said Ostrom.

When the perinatologist returned, she offered the couple a second option. She asked them if they “wanted to continue.” “Caleb and I didn’t know what she meant,” she recalled. “Then it clicked: she was offering us an abortion.”

Their response was swift and decisive: They were keeping the baby “no matter what.” And in that moment, when presented with two options, the Ostroms chose a third: prayer. They contacted their church and asked fellow believers to pray. As the pregnancy proceeded, many people prayed for the family.

“There were people in at least six different states (and Canada) praying for the baby,” she said.

Meanwhile, in early 2020, COVID-19 spread across the globe, resulting in closed cities and hiring freezes. The Ostroms found themselves without work, without great insurance, and preparing to deliver a high-risk baby in the middle of a worldwide pandemic, when hospitals were short-staffed and policy-heavy.

Regular ultrasounds throughout the pregnancy ruled out the need for FETO surgery, but the pressure to succumb to worry was still high.

“Caleb was a huge help when my anxiety ramped up. Most of all, I learned to trust the Lord like never before,” said Ostrom.

Then, on the evening of Easter Sunday, April 12, 2020, Ostrom’s labor began. Theodore, given his name because it means “gift of God,” was born at noon the next day. Just seconds after the nurse held him up and he let out a cry, he was rushed down the hall to the NICU.

The parents remained at the hospital for three days and then made daily trips to Los Angeles to see their infant son. Because COVID-19 regulations prohibited them from visiting together, one parent would visit the baby while the other waited in the parking lot. At only 4 days old, Theodore underwent surgery for his diaphragmatic hernia and remained in the NICU for 18 more days.

It was a month of watching and waiting, but finally the Ostroms brought their infant son home. Although he suffered with acid reflux, Theodore was healthy and breathing unaided. Days after, they were relieved to learn that insurance had covered the entire surgery.

A year later, Theodore’s one-year X-Ray and MRI showed that his hernia did not reoccur. Today, he’s a thriving toddler with typical toddler challenges and interests: a strong will, boundless curiosity, a ceaseless appetite—and a love for all things automobile and musical.

Ostrom revels in the joy and responsibility of mothering Theodore and in the “unique opportunity to teach him about life” and, most importantly, to tell him God’s grace and what the Lord has done for him.

Together, the family has cleared a few hurdles. Having refused to stop at their “dead end,” and choosing rather to press on and pray, they now carry with them valuable experience as they approach life.

“Theodore’s journey has really shown me that every life is a precious gift, not to be taken for granted or dismissed because of a so-called defect. Also, God is not limited by natural mechanisms or human efforts as He takes action on our behalf,” she said.

“We are also confident that God’s grace is more than enough to carry us through the good and bad times.”