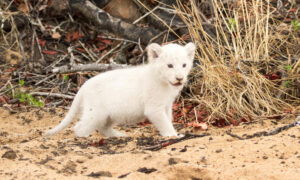 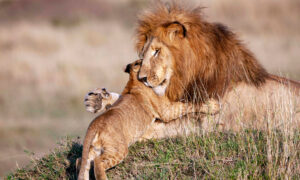 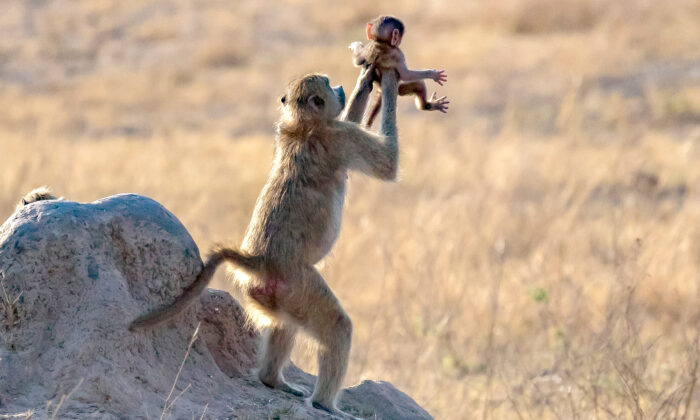 The Lion King Moment: Baboon Holds Up Baby Monkey Like Simba in the Disney Film

An adorable picture captured a real-life Disney moment after a nature photographer snapped an image of a baboon holding a baby monkey up like Simba in The Lion King.

Photographer Dafna Ben Nun spotted the baboon with the baby on her trip to Zimbabwe seemingly recreating one of the most iconic moments from the hit 1994 Disney film in front of her very eyes. In the movie, the baboon Rafiki—who serves as the royal shaman of the lion pride in the film—holds the newborn Simba up in the air atop Pride Rock, displaying the future king for all of the animals down below.

Dafna was on a trip to the Southern African country in 2018 to learn about the local wildlife when she encountered this almost once-in-a-lifetime moment.

“I couldn’t believe it when I saw an adult baboon holding a baby, looking exactly like Simba in The Lion King. It was just a split second, but it was fascinating to watch,” Dafna told Caters News. “They were all in the same group so no harm was done to any of the animals.”

Dafna’s surprising encounter, of course, was a bit different than the iconic film; the baboon she spotted was holding up a baby baboon rather than a lion, and they were met with far less fanfare than in the cinematic version of events!

But nonetheless, the moment was wondrous enough that Dafna made sure to pull out her camera and capture the shot—and just in the nick of time, too.

The moment only lasted briefly before the baboon and the baby rejoined the rest of their pack and moved on, reported People Magazine.

Baboons are common in the southern regions of Africa where Dafna saw this incredible The Lion King recreation before her eyes. And they do tend to carry their young, which are strong enough to grip onto their mothers even as infants while being carried around the savanna.

But to see such an iconic moment in cinema recreated in such a wholesome and heartwarming way is particularly special.