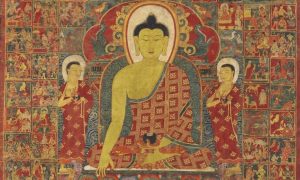 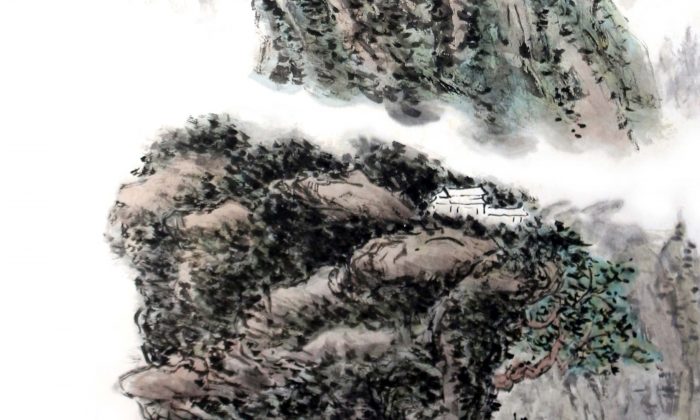 After more than 10 steps into the stream, a few houses came into view. The old man said: ‘You can’t go straight into the mountain with me yet. Stay here for about a month or so, and I’ll visit you.’ (Sun Mingguo/The Epoch Times)
Chinese Culture

An Ancient Chinese Story: The Leper Who Met a Famous Tang General and Was Cured

There was a Taoist priest named Yiqing in Changshu County, Suzhou, in the year Dali of the Tang Dynasty. He often traveled to Jiaxing. One day, he stepped on a boat and was greeted by a strong, sweet scent. He suspected there was someone extraordinary on board. He surveyed everyone. They were all vendors except for an unusual man who was standing at the bow of the boat. He looked calm and serene.

When the boat was halfway through the journey, the priest asked to have his seat shifted to the bow so he could have a chat with the extraordinary man. When he was sitting next to the man, the scent was even stronger. He started talking with the man.

The man said: “I was a local. I had leprosy when I was a child and lost all my hair and brows. I hated myself and thought maybe I should go to the mountains and get myself eaten by some tiger or leopard.”

The man told the story of what had happened to him. He walked for a few days on the mountain. The farther he went, the more remote it became. All of a sudden, he ran into an old man.

The old man asked him: “Who are you? Why did you come to this part of the mountain?”

The man explained his intentions.

The old man felt sorry for him and said: “You’ll be cured of your illness since you ran into me. Come with me.”

He followed the old man for over 10 li (around 3 miles) until they came to a stream.

After more than 10 steps into the stream, a few houses came into view. The old man said: “You can’t go straight into the mountain with me yet. Stay here for about a month or so, and I’ll visit you.”

The old man gave him a packet of medicine and asked him to take it. The old man also invited him to help himself to the dates, chestnuts, lily, beefsteak plant (perilla), honey, and other things that were in a hut.

He settled down at the hut as the old man went farther into the mountain.

The man with leprosy took the medicine. After that, he did not feel hunger or thirst, and he could not feel his body weight, either. After about two months, the old man finally came back.

The old man smiled. “You’re still around? That’s very patient of you. You’ve recovered from your illness; do you know that?”

The other man said no. The old man asked him to look at himself in the stream.

The other man looked at himself. His hair and eyebrows had grown back, and there was a rosy glow on his face.

The old man said: “You can no longer stay here. The medicine you took not only cured you but also allows you to enjoy longevity. Focus on the path of self-cultivation. I’ll see you in 20 years’ time.”

The other man had to return to the mortal world. He asked the old man for his name.

The old man said: “Have you heard of Li Jing of the early Tang Dynasty? That’s me.”

The man bade farewell to the old man and left the mountain.

“The 20-year arrangement is about to come to an end, and I fear that my practice might not be up to the expectations of my master. I’m going back to the mountain to look for him,” the man explained to Yiqing.

From the ‘Extensive Records of the Taiping Era.’