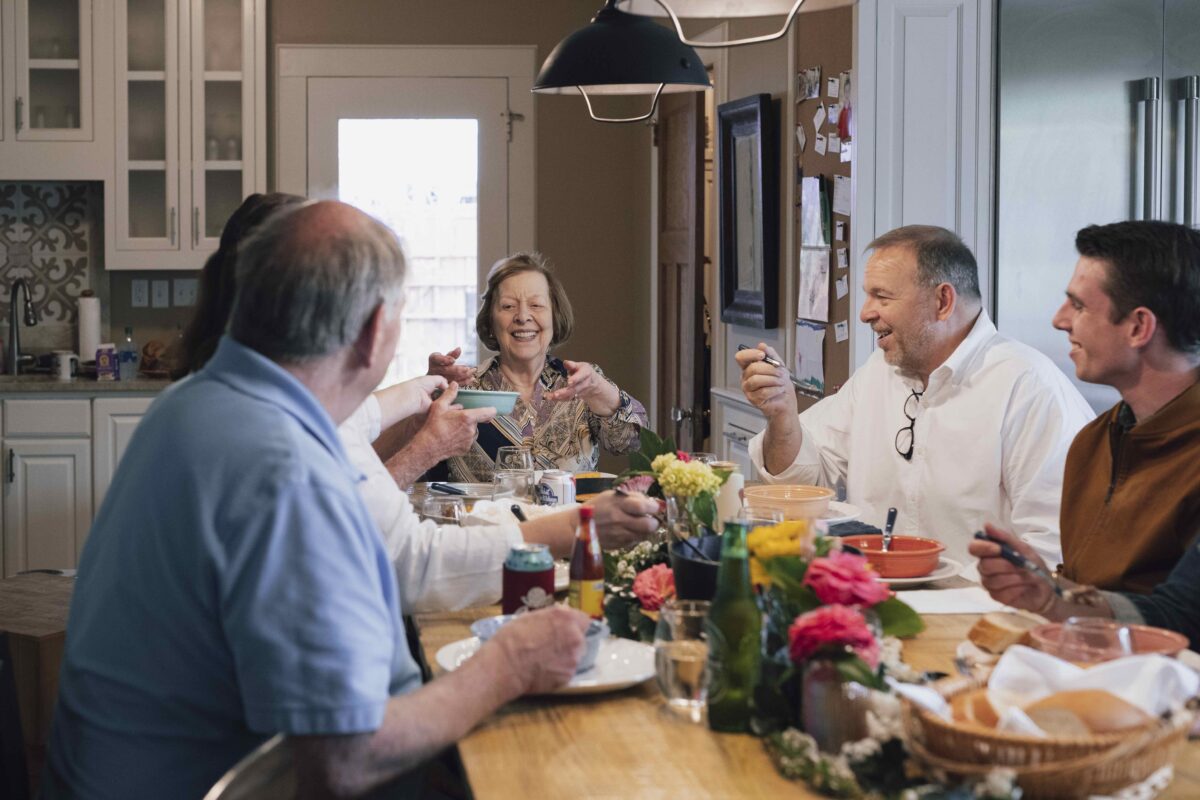 Through an unwavering focus on impeccable quality, Camellia Brand beans have become synonymous with a favorite Southern staple
BY Annie Wu TIMEJune 24, 2022 PRINT

New Orleans is a city steeped in ritual. There are different versions of the popular myth explaining how “red beans and rice”—a creamy stew of red kidney beans, herbs, and (traditionally) ham ladled over rice—became a staple Monday dish. One claims that after serving big Sunday meals with ham, New Orleanians would use the leftovers the following day to cook up hearty stews. Another supposes that because families did their laundry on Mondays, red beans would be left simmering on the stove, ready to eat by the end of a grueling day of chores. In bygone days, large wood fires were needed to do laundry, and it would have been efficient to cook a big pot of red beans and rice at the same time.

One thing that isn’t disputed, though, is that the red beans most commonly used for making the dish are Camellia Brand’s. For 99 years, it’s been owned by the same family—the Haywards. From its humble beginning as a purveyor of dried and fresh goods at the city’s French Market, to its ubiquitous presence in grocery stores throughout the South today, the company has steadily earned a reputation for consistently offering high-quality beans to restaurants and family cooks alike. Beloved eateries across New Orleans use Camellia Brand beans to create their versions of classic Southern dishes like red beans and rice. Camellia is so ingrained in the food culture of the city that the Southern Food and Beverage Museum’s exhibit on Louisiana includes a section on the brand’s history.

“We have a big commitment to our customers and the folks in the city, and it’s a big responsibility—it’s a huge responsibility. And so we always take that very seriously,” said Vince Hayward, the fourth-generation owner and current CEO of the company. “We’re very blessed to have a very vibrant, well-regarded brand and company—but it’s taken 100 years to get there. … It wasn’t an overnight success.”

New Orleans’s cuisine is an expression of the cultures and peoples that have come through the city: French and Spanish settlers, enslaved Africans, Native Americans. According to Liz Williams, founder of the Southern Food and Beverage Museum, recipes for red beans and rice began appearing in cookbooks in the late 19th century. West Africans have a tradition of eating legumes with rice, while Native Americans long knew of the local soil’s favorable bean growing conditions. Preparations of red beans and rice also use a seasoning base similar to French mirepoix, known as the “Holy Trinity”: onions, celery, and bell peppers.

The history of Camellia traces a similar pattern: Sawyer Hayward was the first to arrive in New Orleans, from Bermuda in 1836, and became successful in agricultural trade. Around that time, local demand for dried beans began to grow. He started selling dried goods and produce to retail vendors in the French Market. In 1923, Hayward’s grandson Lucius Hamilton Hayward Jr. founded Camellia, focusing the business on beans and naming it after his wife’s favorite flower. Later, his son Gordon came up with the idea of packaging beans in individual cellophane bags, creating the company’s quintessential product.

The brand distinguishes itself by sourcing from farms that produce high-quality beans. In the bean industry, legumes are graded by the USDA based on their quality, such as amounts of defects or foreign materials found in them. Camellia’s are consistently higher than the top grade, earning the nickname of the “Hayward standard.” At the company’s main warehouse facility, located just outside the city center, beans are sorted through six machines to sift out any dirt, rocks, and underqualified beans. Vince said, “One of the things that sort of sets us apart as a customer for these farmers is that we’re extraordinarily selective in the crops that we’re willing to accept—so we’re very picky.”

Over the generations, the family has cultivated relationships with farmers throughout the country. “It’s two people doing business versus two businesses doing business,” said Vince. In the previous generation, his uncle Ken managed relationships with farmers while his father, Rick, refined the production process. Rick always loved to work with machinery; he took electrical engineering and computer science courses in college. At Camellia, he wrote the first computer programs to handle the company’s invoicing.

Rick said that he hopes to impart this lesson to Vince: “Being a family business owner is a stewardship—something you take care of.” At the same time, dealing with different family members’ opinions is one of the most challenging parts of running a family business—but Vince said that he wouldn’t have it any other way. “We couldn’t just sell this business,” he said, adding that an outside corporation wouldn’t “run it with the care, and concern, and kind of delicate nature that it really, truly needs.” It takes a lot of expertise to maintain quality. “When people buy our product and cook it, … they’ll have an experience that’s similar each time,” said Vince.

Each generation has its challenges. Decades ago, it was difficult to find personnel when senior staff began to retire. Now, introducing the brand to the next generation of consumers is a new endeavor. “The marketing and sales departments—we didn’t have them before,” said Ken, who still serves as senior advisor at the company. Vince, meanwhile, hopes the company will “remain consistent with our authenticity and our roots.”

A piece of Camellia is always with him. “There’s a blurred line between who I am and who the business is, so if I were to give up this business, it would be like giving up a part of me.”