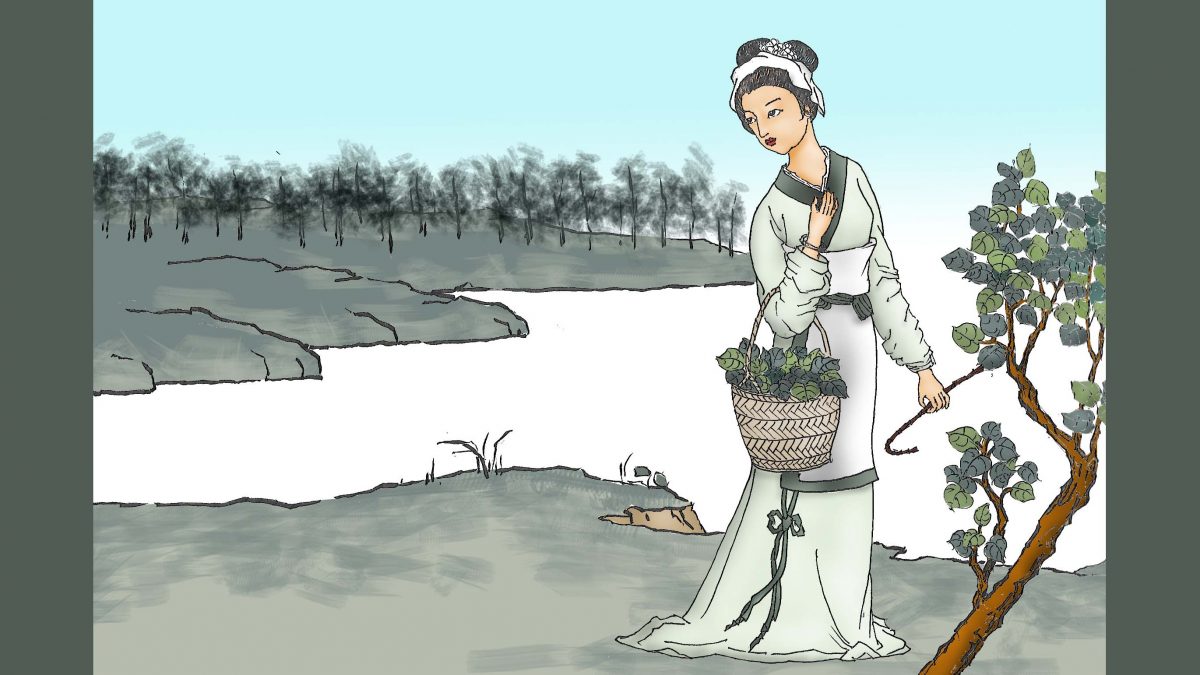 The Leaf-Picking Girl Who Remembered Her Past Lives

Quite a number of people can remember their previous lives. Sometimes, it is for the sake of letting people know previous lives do exist. In other cases, it serves the purpose of repaying karma.

A monk was begging for food at noontime. He saw a girl picking leaves from a mulberry tree. He went up to her and asked, “Is there anywhere I can get food?”

The girl answered: “A family by the surname of Wang about three or four li [one li equals about a third of a mile] from here is preparing vegetarian food for monks. Go now. They’ll be happy to receive you.”

The monk followed her directions and came to a residence. He was delighted to see a group of monks sitting down for a meal and was invited to join them. After the meal, the host’s wife was puzzled that the monk knew about the lunch and could make it in time. The monk told her about the mulberry-leaf-picking girl.

The host and his wife could not believe what they heard. “Take us to the girl,” they said.

When the girl saw the old host and his wife, she scrambled down from the tree, dumped the basket, and went into her house. The host and his wife chased her to the house. It turned out that the girl’s parents were acquaintances of theirs.

The girl barricaded herself in the house with a bed.

Her mother asked the host and his wife what she could do for them. They said: “We were preparing a vegetarian feast for some monks today. A monk came along and said a young girl had told him about the lunch. I did not tell anyone about my plan. So I’m just wondering how your daughter was able to know about the feast.”

The girl’s mother tried to convince her to come out, but she simply refused. The mother got agitated and scolded her.

The girl said: “I don’t want to see the old man and his wife. What’s the problem?”

Her mother asked, “Why won’t you see them?”

The host and his wife were even more bewildered. They pleaded with her to come out.

The girl shouted, “On this day and date, what happened to the goat seller and his two sons?”

As soon as the couple heard that, they ran off without even looking back.

The girl’s mother asked her what had happened. The daughter explained: “In one of my previous lives, I was a goat seller who came from Xiazhou. I spent the night at the old man’s manor. He killed my sons and me that very night and took our money.

“Then, in my last life, I was their son and the apple of their eyes. I fell very sick at 15 and died at 20. The money they spent on my medicines was a few times more than what they had stolen from me. They have also hired monks to perform a rite on my death anniversary every year. The old couple often think of me and cry. The monk asked me where he could get food, and I told him to go to the Wangs’. The bad blood ended there.”

Who would sin if they knew they would have to pay for it one day? No one can escape karma.

Adapted from “The Book of Unofficial History.”