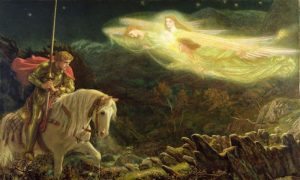 What Exactly Is the Holy Grail, and Why Has Its Meaning Eluded Us for Centuries?
0
Share Now
TelegramFacebookTweetEmailTellMeWeReddit
Copy Link 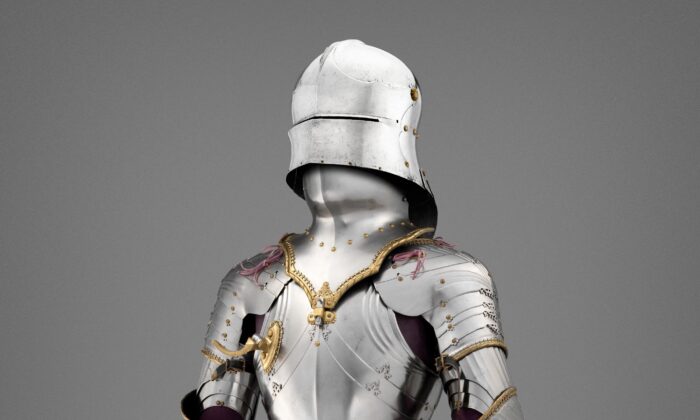 Meet Maximilian, ‘The Last Knight,’ at The Metropolitan Museum of Art

NEW YORK—Those who remain enchanted by the notion of chivalry and the medieval rules of knighthood will find the new exhibition at The Metropolitan Museum of Art a source of wonder.

“The Last Knight: The Art, Armor, and Ambition of Maximilian I” relies on the life of Emperor Maximilian I (1459–1519) to look at the deeply rooted significance of European armor at the onset of the Renaissance.

The ambitious North American exhibition on view at The Met coincides with the 500th anniversary of the emperor’s death, and includes 180 objects on loan from some 30 public and private collections.

It is both magnificent and profoundly, thoughtfully curated.

The exhibits chosen reveal the complicated character that was Maximilian: showman, narcissist, and knight. His projects speak to his ceaseless exploration for inventiveness and theatricality.

An Extravagant but Noble Knight

In the first gallery is the suit of armor that the young Maximilian commissioned in Augsburg, Germany. He was 18. This was his first foray into battle. He was to marry the princess Mary of Burgundy, and he intended to defend his future wife’s inheritance from an attack by Louis XI.

Maximilian had no troops or money. But the suit of armor he commissioned conveyed a different message. The suit is intricate and tiny. It is like a piece of jewelry. Indeed, that is what it was—jewelry for battle. The gold edging, the exquisite pierced work, and the ribs and fluting indicate a man who put no restrictions on what he would pay for fine workmanship and detail.

Receipts for the armor have been preserved. Today, this suit would cost tens of millions—enough to go some way toward buying a New York townhouse.

The first battle of Guinegate took place on Aug. 7, 1479. The French troops of King Louis XI were defeated by the Burgundians led by Maximilian.

Maximilian fought on foot. Traditionally, he would have fought mounted, but along with 200 of his nobles, he joined the infantry. Although sometimes lesser-ranking nobles were known to fight on foot, the fact that the archduke was doing so was remarkable. His act of bravery served as a role model for the local nobility and his troops.

The Theater of Battle

Each gallery displays the various ways in which Maximilian ensured that his legacy would be lasting.

“He who makes no memory of himself during his lifetime will have none after his death, and will be forgotten with the tolling of the final knell. Therefore the money I extend on perpetuating my memory will not be lost,” a museum wall plaque quotes him as saying.

And each gallery, too, expands on his arena of messaging, that is, on his broadening of influence and personal legend by writing, commissioning art and armor, and his knightly pursuits—especially in tournaments.

Tournaments were a favorite activity. When, with his second wife, he moved to Innsbruck, where he had inherited a palace, he built a loggia from which he could look down at the main square where all the tournaments were held.

The tournament was not just for watching, though. It was the ideal setting for large crowds to see his skills as a horseman and a jouster. He competed and was constantly injured.

Maximilian was constantly imagining different and more theatrical events. The Joust of War, developed by Maximilian, was hostile jousting with sharpened rather than blunted lance tips. The goal here was to splinter the lance or throw the other knights off their mounts. The knights wore ferocious armor and carried gold-tipped lances.

Similarly, suits of armor were constantly commissioned and constantly innovated on. As he advised his offspring, luck is the residue of design.

Three breastplates in the collection have spring-loaded mechanisms designed to eject the shield, dispersing it into the air like fireworks. Maximilian collaborated with, but micromanaged, clockmakers and goldsmiths in Brussels. There is even a helmet which, when needed as a face defense, has shutters that could be activated.

The ingenuity is spectacular. For Maximilian, arms and armor were not only functional. His aim was to have an audience experience the theater of battle.

There is a suit of sensational horse armor, embossed, stippled, and engraved with pomegranates. Made of silver foil and gold, the armor must have created a vision of the horse that literally dazzled. Maximilian gifted it to Henry VIII.

Armor for Maximilian was a way of retelling stories of heroic deeds. It was armor as commemoration. It was important that people knew what he had done.

Leaving a Lesson After Death

It is said that Maximilian was morbidly depressed. From 1514, he traveled everywhere with his coffin. For penitential reasons, he gave very specific instructions for the treatment of his body after his death. He wanted his hair to be cut off and his teeth knocked out. His body was to be whipped, covered with lime and ash, wrapped in linen, and “publicly displayed to show the perishableness of earthly glory.”

This is of deep interest because during his lifetime, Maximilian’s unparalleled passion for the trappings and ideals of knighthood served his worldly ambitions and imaginative stratagems to forge a lasting legacy.

For him, whether in this life or when considering the next, ordinary effort would yield only ordinary results.