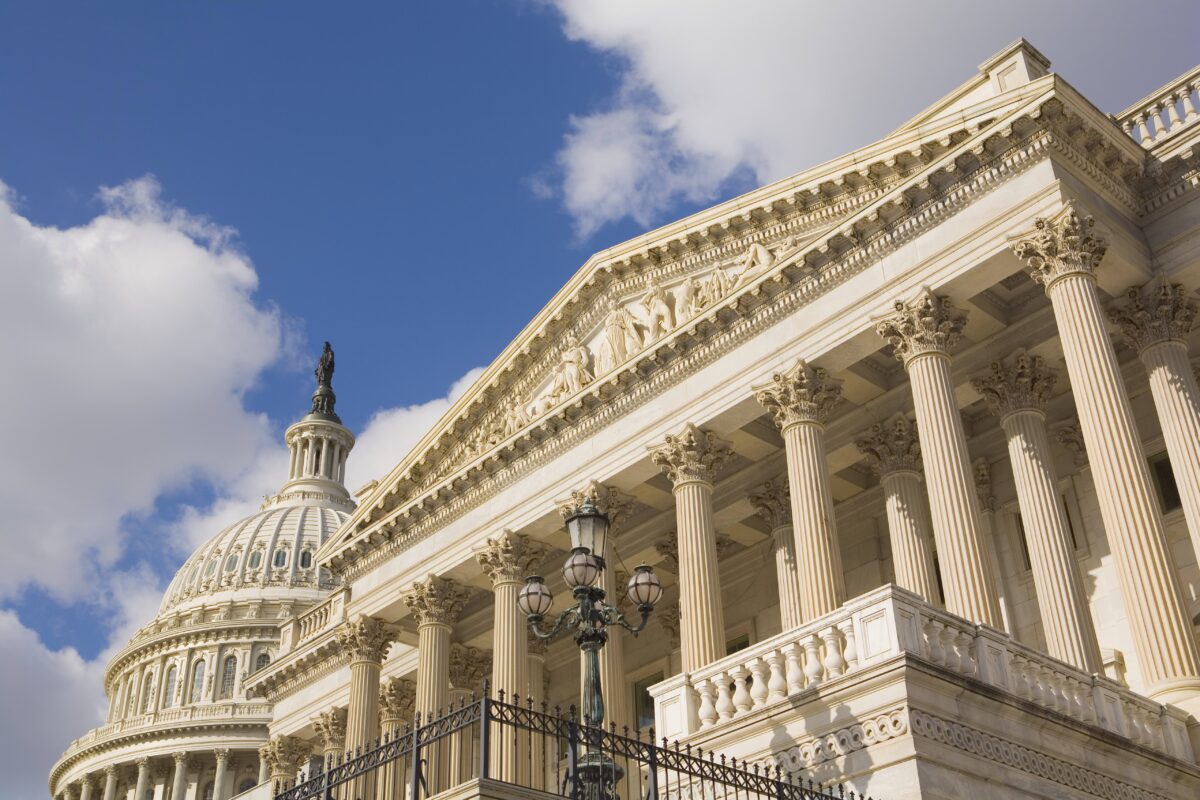 The east entrance to the Senate wing of the Capitol building features modified Corinthian columns and a carved pediment detailing the “Progress of Civilization.” The pediment was designed by Thomas Crawford and erected in 1863. (Rudy Sulgan/The Image Bank/Getty Images)
American Essence

The Ingenious Architects Whose Designs Inspired the Blueprint for Washington, D.C.

How a group of architects’ classical designs became the blueprint for Washington, D.C.
BY Bob Kirchman TIMEJuly 14, 2022 PRINT

“The Capitol ought to be upon a scale far superior to anything in this Country.” —George Washington to Thomas Jefferson in 1792

James Hoban was born in 1762, in Callan, Ireland. As a boy, he was an apprentice to a carpenter and a wheelwright. He later trained in the neoclassical style of architecture at the Dublin Society School. Just after the Revolutionary War, Hoban immigrated to South Carolina. There, he designed the old state Capitol building in Columbia. At the suggestion of George Washington, Hoban entered the competition for the design of the President’s House in 1792. Not only did he win the design competition, but he received the commission to build the house as well.

The President’s House in America was inspired by Leinster House in Dublin, where the Irish Parliament meets, as well as by James Gibbs’s “Book of Architecture” (published in 1728). The presidential mansion would be constructed between 1793 and 1801. At the same time, James Hoban was also enlisted as one of the supervisors of the construction of the United States Capitol.

The Capitol was the design of physician and amateur architect Dr. William Thornton. He won the design competition in 1793. The prize was $500 and a building lot in the new federal city. Thornton had been born in the British West Indies and studied medicine at the University of Aberdeen. He became a United States citizen in 1787, moved to Washington in 1794, and was later appointed head of the Patent Office by Thomas Jefferson.

The north wing of the Capitol was constructed first. The Capitol and the President’s House were both built of Aquia Creek sandstone, quarried near Stafford, Virginia. The government-owned quarry provided most of the stone for the early construction in Washington. Though the soft, porous rock was not ideal for constructing great public buildings, it was a wise and economical choice at the time. Rising above a pastoral landscape, the President’s House and the Capitol represented the promise of the new republic.

On August 24, 1814, British troops marched into Washington and set fire to both the President’s House and the Capitol Building. Fortunately, Benjamin Henry Latrobe, who actually supervised the building of the Capitol, had specified fireproof materials inside. Though ravaged by fire, the structure remained—“