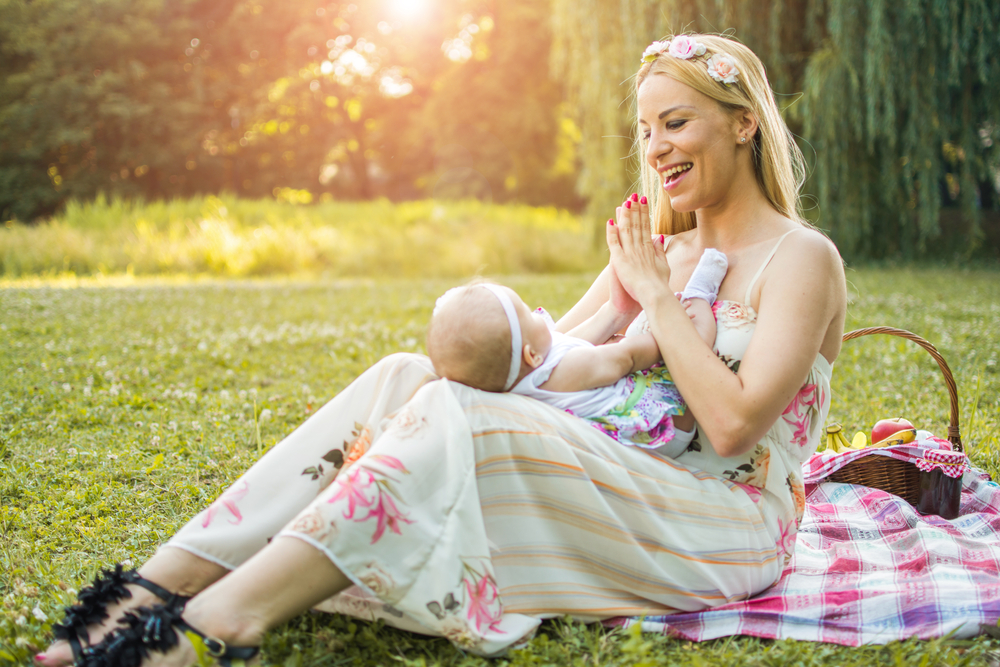 Singing to your baby is one way to deepen your bond with the baby, and is comforting to them. (Shutterstock)
Better Living

The Importance of Singing to Babies: A Source of Comfort

This experiment, conducted in Canada, confirmed the importance of singing to babies and the positive effects that familiar songs have on them.
BY Duncan Fisher TIMEMarch 4, 2022 PRINT

Singing familiar songs to a distressed baby brings comfort—more so than unfamiliar songs or expressive talking. Thus, singing to babies plays an important role in creating the parent-child relationship. A repertoire of familiar songs sung together can be a source of comfort in moments of distress.

In an experiment conducted in Canada, 136 babies aged eight or 10 months were videoed as a parent provided comfort by singing a familiar song, singing an unfamiliar song, or talking expressively. Each parent was asked to play with the child for two minutes, then present a blank face to the child (the “still face procedure”) for one minute (or less if the child started getting really upset), then reunite with the child for two minutes by means of singing or speaking.

The video recordings showed that, particularly in the first 30 seconds, the babies paid more attention to the parent, smiled more and showed less distress (e.g. crying, frowning, frustration) when the parent sang a song that was familiar. Second best was an unfamiliar song, and least effective was speaking, even with much expression.

The researchers also tested skin conductance, a measure of the babies’ stress levels. The “still face” procedure increases stress in babies, and their skin conductance rises. By this measure, talking was least effective in reducing stress levels, an unfamiliar song was the most effective, and a familiar song was somewhere in between. This result presumably occurred because, in addition to being reassuring, a familiar song also excites the baby (but in a positive way).

Making sounds in response to an infant’s distress is a common response as a supplement to physical closeness—and not just in humans. Singing to infants is a universal human practice. Typically, songs are more stable in pitch level and tempo, whilst speech is highly variable in form and content. Similarly, using music as a source of comfort is a universal human characteristic at all ages. Toddlers typically sing spontaneously when playing alone or going to sleep on their own.

Infants are surprisingly good at remembering tunes. Newborns respond to music they heard while in the womb. Two-month-olds recognise tunes. At six months, a baby will respond to a familiar tune even when it’s presented at a different pitch. Both adults and children remember a tune better if they sing it (tra la la) rather than just listen to it played on an instrument.

Duncan Fisher co-founded the Child and Family Blog with the partners, Cambridge University, Princeton University and the Jacobs Foundation. The idea emerged from years of work in the child and family sector, making the case for difficult changes on the basis of the evidence of improved child welfare and development. I work from Wales in UK.

This story was originally published on the Child and Family Blog.
SHARE
Friends Read FreeCopyFacebookTweet

Duncan Fisher
Follow
Duncan Fisher co-founded the Child and Family Blog with the partners, Cambridge University, Princeton University and the Jacobs Foundation. The idea emerged from years of work in the child and family sector, making the case for difficult changes on the basis of the evidence of improved child welfare and development. He works from Wales in the UK.
SHARE
Friends Read FreeCopyFacebookTweet
You May Also Like