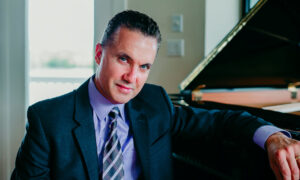 Why Music Reminds Us We Are Human, Even in the Darkest Places
0
Share Now
TelegramFacebookTweetEmailTellMeWeReddit
Copy Link 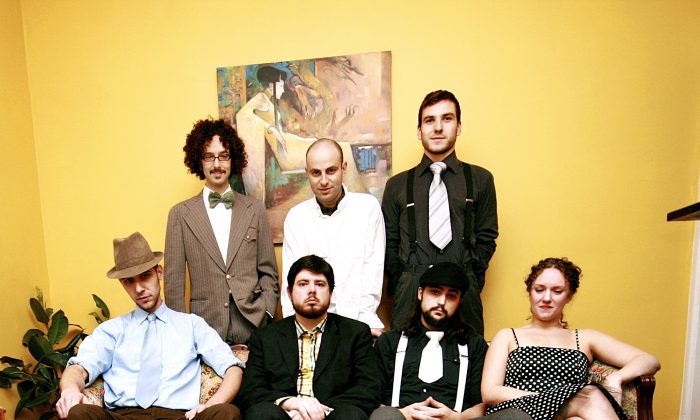 The High-Spirited Jazz of Gypsophilia

In the 1930s, famed Roma guitarist Django Reinhardt created a new genre of music called gypsy jazz when he melded the folk music of Eastern Europe with swing.

Gypsophilia, a jazz group from Nova Scotia that will play at the Ottawa Jazz Festival on June 25, started as a tribute band for Reinhardt, but over the years forged their own unique style while retaining their swing roots.

“As we’ve evolved with every passing year and passing album we’ve felt less pressure to fit the idiom and more freedom to do our own thing,” says guitarist Ross Burns.

“There’s lots more world music included, different instruments, some percussion, lots of sounds from all over the musical map, and on the new record a little more electronic and psychedelic in places, and atmospheric. So as we go there’s all these different sonic elements coming into play, which is really fun.”

The result is up-tempo, genre bending jazz that is highly rhythmic and just made for dancing.

The result is up-tempo, genre bending jazz that is highly rhythmic and just made for dancing.

All seven members of the instrumental ensemble are composers and so contribute to a sound that sinuously weaves genres and styles in innovative and interesting ways. As an ensemble, the final product is born from every member’s efforts.

“Partially because so many people all have different strengths, so that’s the fun thing about composing in this band. … You know the strengths of everybody and it allows you to almost compose with that in mind,” Burns says.

“I think all of us would say that the collective improvisation is more important to us. Even though we love the individualistic moments of creativity, the most important thing is when we’re working on something all together.”

Their onstage presence is one of action and unpredictability, a trademark of their shows, as each of the players moves in the moment. As a student of the Brazilian martial art of Capoeira, which uses music to set the rhythm of the game, Burns is particularly athletic and has been known to do handstands or breakdance to encourage audience enthusiasm.

“It’s really danceable music, and one of the advantages of having such a big and talented ensemble is that we can do different things at different times,” Burns explains.

“It’s not the case that all of have to be playing every time, so there’s a chance for us to get the audience moving and different people to lead sing-a-longs or get the audience clapping or dancing or whatever it is. … If someone wants to put their instrument down and interact with the crowd then there’s moments to do that.”

Each player has talents and interests outside of the ensemble. Several are teachers, and some play as soloists or in other groups or have businesses. According to Burns though, after 10 years of travelling and playing together they feel like a family to each other.

Their fifth CD, “Night Swimming,” was released in May and the nine tracks show some new directions in the music. It was recorded using techniques like building by recording one part at a time rather than using the live, off-the-floor method they used to record past albums.

“What we’ve done here is try to catch that feeling that you get live, that sort of mysticism and the excitement and the atmosphere of the music that you get when you’re standing right there and you see the people playing and feel the energy of their interaction,” Burns says.

“We tried to get that into the music and it really, really did work.”

Gypsophilia will play on the Confederation Park main stage on June 25 at 6:30 p.m. at the Ottawa Jazz Festival. For a full schedule of tour dates visit their website at www.gypsophilia.org