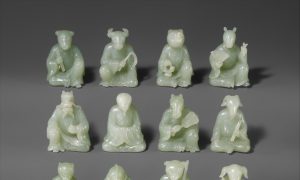 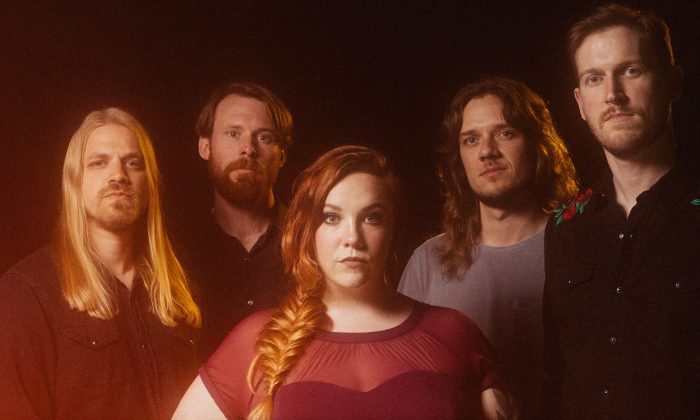 The Heartbeat of America Rolls On

King Cardinal personifies a musical genre, and our country
By J.H. White

I’m one of these people who doesn’t hear the lyrics when I first listen to music. It’s the melody that hooks me, gets me humming. Then, if I really like the song, I’ll find the lyrics and listen along, which adds another dimension.

“It’s funny that you say that because I’m similar. I don’t listen to the lyrics first,” Brennan Mackey told me over the phone. He’s the founder and lead singer of one of my favorite Americana bands, King Cardinal, based in Denver.

“I listen first to the melody, and then once that gets me, I’ll dig a little deeper. [It’s] funny, for the amount of time that I stress over lyrics, for it not to be the first thing I think about,” he says.

I can’t describe melodically what King Cardinal does, as I don’t have the musical vocabulary or theory for it. But I can tell you how their music makes me feel. Their beautiful harmonies open my heart and draw tears to my eyes; the lyrics make the tears fall.

Their song “Chicago” takes me through that catharsis. It opens with a rhythmic banjo that reminds me of traveling, and the sultry vocals of the lead female singer, Tex (Texanna Dennie). Then Mackey joins for the chorus:

It’s a song about love, but also longing. The acceptance that the relationship won’t work out feels hard fought. But that’s often how life works—that some events and people are hard to let go. Maybe that’s why the song hits me hard.

“As you get older, you can look back and see different stages, different groups of people that you were with or places you lived, and try not to regret losing that, [and] be a little more in the moment,” Mackey says.

King Cardinal’s music is very relatable, very human. Their songs are big ideas, but equally personal. It’s what I would hope from an Americana band—journeymen and women taking you across the landscape of their lives.

Land of the Free, Home of the Brave

America—it calls to the pioneer and to those tough enough to be courted by the romance of exploration. People move to America to take the risk of starting something new. As an artist, Mackey and his King Cardinal crew embody that spirit.

Mackey says that the Americana music genre is “such a catchall; it’s basically that there’s an acoustic guitar and a drum set.” Its broad scope includes older country to indie folk. The genre, however, does have musical elements that are unique and personify the path of the traveler.

“There’s the train beat … that just feels like you’re moving, like you’re on a train, you’re traveling,” he says. “Our music is perfect for being on the road.”

“Gasoline,” from King Cardinal’s first album “Once a Giant,” speaks to the beginning of Mackey’s musical quest.

Where you going, Who you gonna be
If you want fire, I’ve got the gasoline

“I was trying to find myself,” Mackey says. He wrote the song about that period of doubt and growth he experienced after graduating college.

“You get that first taste of independence,” he says. “You get out of school, you’ve been doing this one thing for so long … and then once you’re done it’s like, ‘All right, figure it out.’”

Music had been a childhood pipe dream, but growing up, he didn’t have friends who were musicians. After college, Mackey moved to Chicago, where he stumbled onto an open mic night. The guy who ran it, along with another friend, encouraged Mackey to continue working on his craft.

“[They] really pushed me to start writing, then keep writing, and work on my performance,” he says. He started going to an open mic every night, and five on Sundays.

Mackey tried to wrangle musicians to join a band with him. Though there was always verbal interest, nothing materialized.

“A lot of my life was having ideas and planning [but] never really executing,” he says. “You can’t really wait on other people … I decided to just go out, and if there’s something that I wanted to do, just do it.”

Where you going, Who you gonna be
If you want fire, I’ve got the gasoline

Mackey recorded an album on his own, without a band. He then moved to Denver with his figurative gasoline.

“Once you’re doing something, people want to be a part of it,” he says. With a self-released record, “It wasn’t just a nebulous idea.”

From Craigslist, a pedal steel guitar player and bassist joined his new band, and through one connection, the other members of King Cardinal organically fell into place.

As a musical artist, Mackey’s pioneering spirit has always been tested: His demons and doubts weren’t just inside of him; society at large thinks being in a band is crazy. “All of my friends were going into their careers and putting their life together … I didn’t want to do that. I wanted to go in a different direction.”

Even now, being a full-time musician can be a grind. The closest city to Denver is eight hours away, and the next one after that is another six hours away.

“It’s definitely tough out here to be in a touring band,” he says.

King Cardinal’s song “Trouble” speaks to the sentiment of forging one’s own path, and that the challenges are still worth it.

A musician’s life—with the hardships of touring, financial uncertainty, and the hustle it takes to release new music—still has merits that outweigh the sacrifice. Fortunately, when Mackey plays with his group, those experiences are frequent.

“Everybody is working and working, figuring out these new arrangements, pulling this random thing out of the air and bringing it to life,” he says. “[The] first time the song clicks, it feels really nice.”

When his music clicks, others feel it too. Mackey recalls the moment when his career hit a turning point early on, and how it impacted his parents. He was performing on the main stage at the Telluride Troubadour Competition, a national songwriter competition in Colorado.

“I was surprised that I even got into [the competition],” Mackey says. “My Dad came and saw what I was doing [and] the level that we were playing at. [We] got to play in front of a lot of people … He was like, ‘Oh, OK, wow. This might be real. This might be a real thing.’”

Forging ahead to follow your heart isn’t just the American Dream—it’s King Cardinal’s.