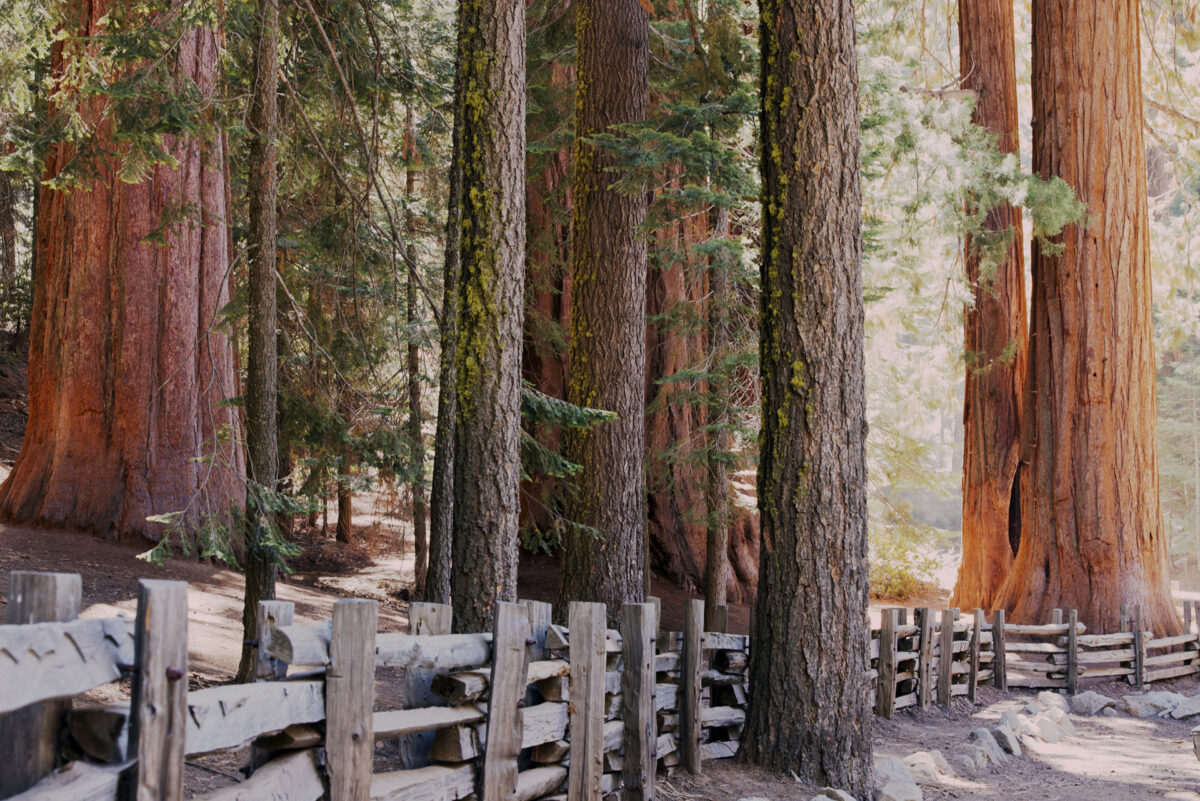 The Generals of Sequoia and Kings Canyon

“The big tree (Sequoia gigantea) is nature’s forest masterpiece, and, so far as I know, the greatest of living things.”
—John Muir

Giant Sequoias, the world’s largest trees by volume, are found only on the western slopes of the Sierra Nevada mountains in California. These majestic trees were the impetus behind the creation of the United States’s second and third national parks: Sequoia National Park and General Grant National Park (later expanded and renamed Kings Canyon National Park).

Sequoias can grow to be upwards of a 26-story building in height and over 3,000 years old. They were named Sequoiadendron giganteum, or Sequoia for short, after the Native American man, Sequoyah, who created the Cherokee’s system of writing. In the mid 1800s, Western settlers came across these trees and were bewildered by their grandeur. Understandably, the largest sequoias were given names of monumental American figures of that time including Lincoln, General Sherman, and General Grant, as well as a sequoia known only as the “President.”

One of the largest tree stumps in the world is known as the Mark Twain Tree. Embodying the American spirit of adventure and storytelling, the Mark Twain Tree was cut down and sent off in cross sections to be displayed in museums in New York and London. Although the parks were created to stop logging, the Mark Twain Tree was cut down, right or wrong, to showcase these wonders of the world and educate the public. Standing before a cross section and looking at its many rings, we are offered a different perspective on the age and incredible scale of these ancient specimens. Along with photographs from the American West, displays like these added considerably to the national identity.

The Largest Tree in the World

Sequoia National Park is home to the largest tree in the world, which stands 275 feet high with a volume of 52,508 cubic feet. Though far from being the world’s tallest tree, this sequoia’s mass is unrivaled across the planet. Named after American Civil War General William Tecumseh Sherman, the General Sherman Tree is a highly visited feature of the National Park System. Recently, fires in the area of the Giant Forest sequoia grove made it necessary to take additional steps to protect General Sherman and other giant sequoias. General Sherman’s incredible 36-foot-diameter base, and nearly 103-foot circumference, was wrapped in foil up to 10–15 feet high to help shield its already thick bark from potential flames. Luckily, a recent program of prescribed fires kept this massive sequoia and its neighbors protected, though, unfortunately, other groves in the surrounding Sequoia National Forest did not fare so well.

This increased threat to the world’s largest tree was brought to national attention, and it was used as an opportunity to highlight controversy over its name. One periodical called for the tree to be “saved and then renamed.” It is true that General Sherman’s tactics during, and after, the Civil War were nothing short of brutal. His command oversaw the mass killing of Native Americans and the near extinction of buffalo. Critics justifiably highlight the paradox inherent in sequoias being named after a Cherokee man, while the pinnacle exemplar of the species is ironically given the name of a general who oversaw the mass slaughter, and displacement, of Native Americans.

It is hard to know what the right course of action is in a situation like this. Is the answer to America’s difficult past to revise, hide, or rename everything that is challenging, or can we continue to rationally face these difficult aspects of our history without needing to destroy or rename national landmarks? Instead of canceling history, it is important to have the past inform the present to avoid making similar mistakes. It is the trees themselves that are great, regardless of any given name or historical figure with whom they are associated. The giant sequoias were here long before American colonization, and, God willing, they will remain for millennia to come. In Shakespeare’s famous words, “That which we call a rose, by any other name would smell as sweet.”

On September 25, 1890, Sequoia National Park was created by President Harrison to protect sequoias from private industry. General Grant National Park was created one week later to protect additional groves in the area. Expanded and renamed Kings Canyon National Park in 1940, the park is home to the second largest tree in the world, the General Grant Tree. Named after President of the United States, and General, Ulysses S. Grant, the tree stands 268 feet tall with a volume of 46,608 cubic feet.

President Grant established the National Park Service. This act alone makes it fitting that a giant sequoia is named in his honor. Grant famously oversaw the end of the Civil War at Appomattox, where, on April 9, 1865, a peace agreement was signed with General Lee and no prisoners of war were taken. In 1868, Grant was elected president of a nation still deeply wounded by domestic bloodshed. President Eisenhower made the General Grant Tree a national shrine in 1956 to honor all those who have lost their lives serving our country. It is the only living shrine in the United States.

The General Grant Tree was also designated as the Nation’s Christmas Tree on April 28, 1926, by President Calvin Coolidge. Annual gatherings were held around the tree. Colonel John White, Park Superintendent at the time, beautifully described the feeling inspired by the great sequoia when he said:

We are gathered here around a tree that is worthy of representing the spirit of America on Christmas Day. That spirit is best expressed in the plain things of life, the love of the family circle and the simple life of the outdoors. The tree is a pillar that is a testimony that things of the spirit transcend those of the flesh.

Everyone who stands at the base of a mighty sequoia for the first time is changed by the experience. These gigantic trees, thousands of years in the making, command a feeling of great reverence. Their presence is felt in the stillness and peace of their groves. While recent fires have threatened and taken the lives of many sequoias, others have survived through many flames long since extinguished. Sequoias are some of nature’s best survivors. They have a very thick skin, so to speak, with bark that can be up to 1.5 feet thick, shielding the living tissue underneath.

Fire plays an essential role in the growth of sequoias and the health of the forest. Through fire comes renewal and the opportunity for new sequoias to plant and have the sunlight to grow. Fire clears out natural buildup on the forest floor, making way for new life. Fire severity increases in potential when small fires are prevented from doing this necessary work. Native Americans managed the forest with fire, and the National Park Service has learned to do the same with controlled, “prescribed” burns. Sequoia seeds successfully grow into seedlings thanks to the mineral soil cleared, and enriched, by fire.

We can strive to protect these beautiful trees out of genuine love, or attachment, but we don’t own nature, and whether we like it or not, we aren’t in control of its cycles. 2014 marked the most severe drought in 122 years, but that does not mean it is wholly unnatural, or “man-made.” Humanity negatively impacts nature in a myriad of ways, but it is part of the deception of our time to assume that we are to blame for most of the frightening occurrences, or extreme events, that happen in nature. The evidence is written in the rings of trees that were here long before us. Giant sequoias have survived as long as they have because they have learned to live through, and grow from, adversity. They are known as a “pioneer species” because they are among the first to take root after a fire occurs. There is a humbling and regenerative wisdom amongst these trees that seems to calmly, yet powerfully, whisper, “This too shall pass.” Edwin Markham, American poet of the 19th and 20th centuries, wrote:

The sequoias belong to the silences of the millenniums. Many of them have seen a hundred human generations rise, give off their little clamors and perish. They seem indeed to be forms of immortality standing here among the transitory shapes of time. 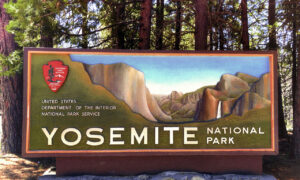 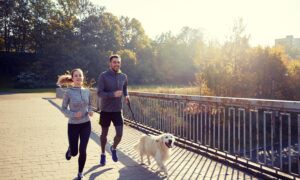 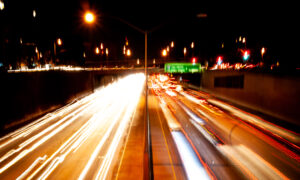