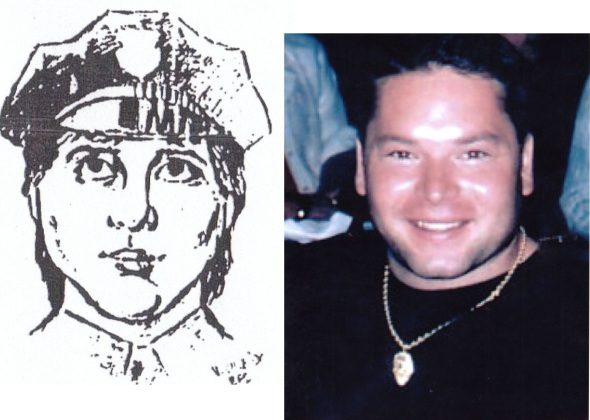 March 18, 1990, saw the biggest museum heist take place in American history as the Isabella Stewart Gardner Museum in Boston was robbed by thieves dressed up as police officers. Since that time numerous stories have surfaced with the result being the same—nothing found, nothing recovered, and a museum, still bound by deed of gift, hangs empty frames on the wall where once hung masterpieces by Vermeer, Rembrandt, Manet, and Degas.

In the year 2001 this writer was handed an extraordinary letter from a confidential FBI informant outlining how the job was done, who the “players” were, and how the paintings were spirited overseas, first to Italy then France where they were sold via the connivance of a New York dealer for upward of $25 million.

One small problem: Despite this writer being flown abroad in February 2005 in the company of the FBI to meet the French National Police on the Isle de France in Paris—nothing was found. Noted FBI Agent Robert Wittman gave his best efforts on his trips to France in 2006 and 2007. He came close, but again, aside from Corsican mobster innuendo, nothing was found.

In 2013 this writer started to write the outline of a TV series on the project, then tentatively titled “Raiders of the Lost Art,” and the first item on the agenda was revisiting the Gardner Heist. The joy of a complete reboot is that one can go in the past and start over how one looks at a story, which helps because the original story development was so convoluted by wise guys seeking to cover their tracks, that a writer in the center of this story might be forgiven for getting vertigo or the spins.

Two names from the start remained of interest, and while the paintings were long since gone, getting a lock on the guys who did the job might help get closure for Boston, and put the story back on the right track, and hopefully confirm what the informant stated in 2001.

But the FBI refused to help when a Freedom Of Information Act request was put in for one William Merlino. This would take some doing to get around.

In 2008 a friendly writer named Ulrich Boser sent me the first photo of the other suspect, David Allen Turner, and that really matched the initial police sketch. It would take another five plus years for the William Merlino photo to show up. As the reader can now see, it was worth the wait.

Who are these guys and where are they now? William Merlino is 53 years of age and serving out the remained of an armored car conspiracy case in Lee Federal Prison, Pennington Gap, Va. According to Federal prison records, he is due to get out on Aug. 6, 2025.

His cohort, David Allen Turner is now 47 year of age in Danbury Federal Correctional Institute in Danbury, Conn. and he is scheduled for release on March 25, 2025. William Merlino’s uncle, Carmello, supposedly the “made guy” in the family, and the link that could have confirmed the organized crime connection to this story, died in federal prison on Dec. 7, 2005.

All three were sent away for lengthy prison stints from an arrest made in 1998 for a job they never got a chance to pull off, but conspiracy remains a valid charge in federal courts.

Assuming the photos of Merlino and Turner match the Gardner Heist suspects, this corroborates the story heard years ago, that William Merlino was behind the heist. In underworld structure of the Boston, William was affiliated with uncle Carmello Merlino, a known La Cosa Nostra member. Carmello Merlino was known to be in a crew under former boss of the Boston Mob, Francis P. “Cadillac Frank” Salemme.

Now when a crew in La Cosa Nostra (LNC) does a score, they have to kick upstairs to the boss, or else they get clipped, and along those lines the story provided to this writer in 2001 it implicated Francis P. “Cadillac Frank” Salemme and his brother Jackie Salemme. That too followed the respected pattern of doing business. There would be a problem if the Merlinos went off the LCN reservation.

A sideways development in this convoluted story was that somebody in the Department of Justice put Francis P. “Cadillac Frank” Salemme in the federal witness protection program, presumably in exchange for Salemme agreeing to testify in court against his Boston enemies Stephen Flemmi and James “Whitey” Bulger. It all goes to show that local problems with law enforcement, compounded by strategic errors made in the Justice Department contributed to the perfect storm that enabled the heist to become the perfect crime.

So many distracting elements kick in to convolute the Gardner Heist story that it is best to keep it simple. Look at the photos. Do they match? If so one has to ask why was this buried for so long? Even though much of the insider story had been heard, the evolution of the official story raises even more disturbing questions. If Merlino et al worked for Salemme, why was Salemme given immunity and put into witness protection? That is just the tip of the iceberg, but it illustrates the problems inherent to this case.

Alexander Boyle is a graduate of Trinity College, Hartford, Conn., where he majored in history. He has worked for the Metropolitan Museum of Art, PBS, galleries, and an auction house as well as having published articles on 19th and 20th century American painting. This article was originally published in AAD, art-antiques-design.com