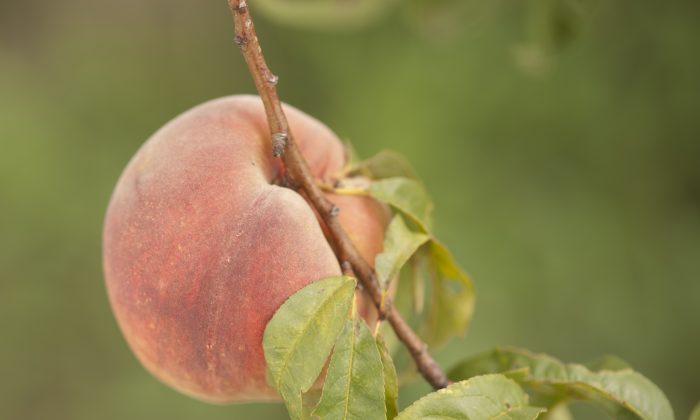 The Fragrant and Ancient World of the Peach (Photo Gallery)

Peaches are one of the most ancient and storied domesticated fruits. The Chinese have cultivated peaches for 4,000 years, and peaches became established in the United States in the 1700s, according to the Agricultural Marketing Resource Center (AMRC).

Peaches have become so plentiful in America that people think of them as a native fruit.

The velvet-skinned stone fruit is featured in multiple legends including the Chinese legend of the Monkey King, who created havoc in heaven when he snuck into celestial orchards and gorged on the peaches of immortality. When he was caught, he brawled with everyone, disrupting the normally tranquil gardens.

The Monkey King was imprisoned under a mountain for his crimes, but no one could take his immortality away once he had eaten the magical fruit. He emerged from his subterranean jail to make the famous Journey to the West, but that’s another story.

In Japan, they tell the story of Momotaro, the Peach Boy, who was a gift to a lonely and childless old couple. The virtuous pair finally received a son to love when a giant peach came floating down a stream, into the arms of the wife. She took it home, and soon Momotaro emerged. Though tiny, he grew into a hero, and brought good fortune to his parents.

Juicy Peach Facts
The United States grows 5 percent of the world’s peaches. A large peach has only 61 calories, according to the U.S. Department of Agriculture. The best flavor comes from a tree-ripened peach eaten within 24 hours of harvest, according to South Carolina’s Clemson University, and farmers markets, roadside stands, and self-pick farms are the places to find them.

Fragrance gives the best clue to a good peach.

Donut peaches came to the United States in the 1990s. They are shaped like a donut with no hole and are mild, not acidic or tart in flavor. They are popular in Asia, according to Mississippi State University.

Georgia is nicknamed the Peach State, and the peach is its official fruit. A peach surrounded by oak leaves adorns the state quarter.

Peach season, for the 28 states that grow peaches, begins in April and lasts into September for the northernmost states, including Michigan. According to AMRC, America had 117,630 acres of peach trees in production in 2010.