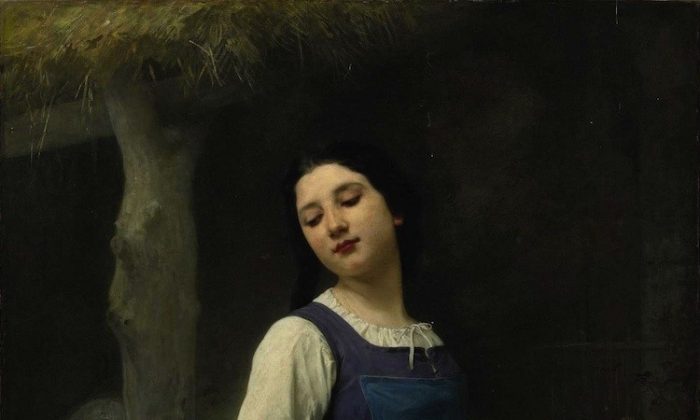 The Forgotten Female Artists of the 19th Century

By Kara Lysandra Ross
biggersmaller
Print
Although in Art History one hears a lot about artists from prior centuries, and recently more and more work is being done on women artists in general, there is one specific group of female painters that has been all but forgotten. The rare women artists who were Old Masters, such as Artemisia Gentileschi and Elisabeth Vigee-Le Brun, as well as painters from the Impressionist movement and forward such as Mary Cassatt and Georgia O’Keeffe have been given much acclaim. But what of female painters from the almost forgotten classical tradition of the 19th Century; names such as Elizabeth Jane Gardner Bouguereau, Elizabeth Southerden Thompson, Lady Laura Teresa Alma-Tadema, Evelyn De Morgan, and Eleanor Fortescue Brickdale? One does not often hear about these artists from this only recently reviving period of art, and this article will focus on these women and their accomplishments in paint.

Elizabeth Jane Gardner Bouguereau (1837-1922), whose work, if ever mentioned, is often accused of too closely resembling that of her husband, the famous William Bouguereau. This was a criticism that originated during her lifetime. She became quite well known during her day and her response to this accusation was “I know I am criticized for not more boldly asserting my individuality, but I would rather be known as the best imitator of Bouguereau than nobody!” Clearly Gardner felt that having to suffer the criticism that her work was too similar to that of the most famous and beloved artist of the time was preferable to not being discussed at all. Although her painting technique does closely resemble the skilled hand of her husband, she does in fact have a body of stunning works, many of which express her unique voice and give her work a degree of separation.

Although currently, her name is not widely known among the general public, her paintings have become re-appreciated among 19th century collectors. One such work is The Farmer’s Daughter, which sold April 23, 2010 at Sotheby’s New York for the hefty sum of $494,500, which was significantly above the $200,000 to $300,000 estimate. However, compared to Pablo Picasso, who had a painting sell for $106,482,500 in May of the same year, her prices at auction still have room to grow. The Farmer’s Daughter, first exhibited at the Paris Salon of 1887 and then again at the Exposition Universelle in 1889, is about the joy of life and taking pleasure in simple things. A young beauty stands among a group of barnyard chickens on a perfect, sunny, day. She looks down at her feathered friends with a mischievous glance as she teasingly lets the golden grains fall from her fingers a few at a time. The birds gather round looking up at their loving care keeper and playfully at the viewer, eagerly anticipating the arrival of their feast. This painting reminds all onlookers to take pleasure in the simple gifts presented, to keep life in perspective, and to enjoy one’s day to day existence.

In addition to demonstrating impeccable drawing skill and a fundamental grasp of powerful subject matter, Gardner demonstrates that she is an incredible colorist. She uses bold, stunning colors that grab the viewer’s eye without overwhelming the message of the painting and instead embraces it. The use of two unique shades of intense blue contrasted against a rich crimson red and the girls porcelain skin, make one appreciate the color both jointly and separately from the composition. One can stand in front of this work and be awe stuck by the power of the colors used and yet when taken in context of the entire painting, it becomes clear that this is a masterpiece in its own right and that Gardner deservers full credit for her accomplishments with the brush.

Elizabeth Southerden Thompson (1846 -1933) was one of the most famous female painters of the day, whose name was known throughout the whole of England and its colonies. She showed a strong aptitude at a young age for painting horses and soldiers, and was one of the first female artists to achieve fame in painting military and historical subject matter. She traveled abroad and studied with Giuseppe Bellucce in Florence and Rome, before finally taking some instruction at the South Kensington School of Art, London. Her reputation was sealed when her painting of Roll Call was exhibited at the Royal Academy in 1874, which was subsequently bought by Queen Victoria and still remains in the Royal Collection.

Continued of the next page: Elizabeth Southerden Thompson’s Roll Call