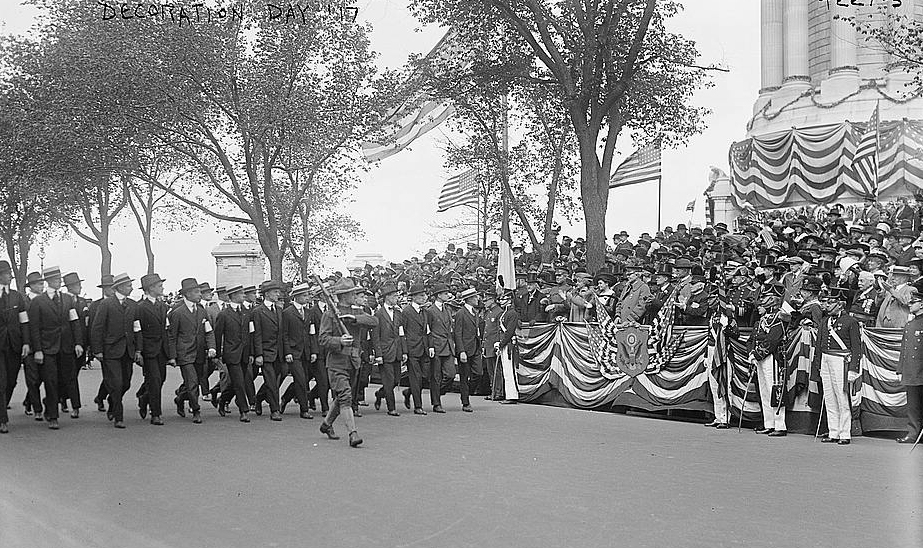 The First Memorial Day Was No Picnic

Even if most of us celebrate Memorial Day with cookouts and beach parties, the day honoring our fallen soldiers has a history worth knowing.

Today it’s a national holiday, but it wasn’t always a day that united Americans.

It came out of the ashes of a painful Civil War when the wounds of a divided nation were still raw.

In 1868, three years after the war’s end, Maj. Gen. John A. Logan, declared May 30 “Decoration Day”—a day to honor the war dead by decorating their graves with flowers.

Logan was head of the Grand Army of the Republic, an organization of Union veterans. He declared the day to be “for the purpose of strewing with flowers or otherwise decorating the graves of comrades who died in defense of their country during the late rebellion, and whose bodies now lie in almost every city, village, and hamlet churchyard in the land.”

The date was specifically chosen because it didn’t mark any particular battle or war-related event.

Over time, Decoration Day started to be called Memorial Day until that name stuck.

The first Decoration Day ceremony back in 1868, was presided over by Union general, and future president, James Garfield at Arlington National Cemetery. It was a big event, attended by some 5,000 people who lay flowers on 15,000 graves of both Union and Confederate soldiers.

The observance caught on and by 1890, the holiday was formally recognized in all Northern states.

Many in the South saw it as a day specifically to honor Union soldiers.

But not so in the South. Many in the South saw it as a day specifically to honor Union soldiers.

What’s ironic is that the “decoration” tradition actually comes from the South.

Southern Baptists had long been honoring the dead in the late spring with a day that included church services, cleaning the community cemeteries, picnicking, and decorating graves with fresh flowers. It was called “decoration day”or simply “decoration.”

In fact, in 1866, a women’s memorial association in Mississippi had already placed flowers on the graves of soldiers from both sides of the war in a gesture of of reconciliation.

Despite the strong Southern connection, Decoration Day was not a uniting force.

But despite this strong Southern connection, Maj. Gen. Logan’s Decoration Day was not a uniting force.

Across the South, Confederate dead were honored on a variety of other dates heavily connected to Civil War events.

Georgia declared in 1874 that a “Confederate Memorial Day” would be observed on April 26, the date the Confederacy surrendered to Sherman. It remains a state holiday in Georgia to this day, and is also observed in Florida, Mississippi, and Alabama.

The South finally adopted the May 30 Memorial Day after the nation fought together in World War I.

There were various failed efforts over the years to observe one common national day for honoring soldiers. A 1907 volume of the “Confederate Veteran,” published in Nashville, Tennessee, commented on the arguments being made at the time for the South to conform to the North and adopt the same the May 30 Memorial Day (as it was called by this time):

“There seems to be but little, if any, prejudice against it at the South. We could afford liberal methods since the North so graciously gives the South credit for inaugurating such an event. But the South desires to honor the memory of Jefferson Davis by his birthday, June 3.”

It wasn’t until after the nation fought as one in World War I, and the definition of the holiday was broadened to honor Americans who died in any conflict, that the South finally adopted the same day.

In 1971, Memorial Day became an official national holiday by act of Congress, and was set not as May 30, but as the last Monday in May to ensure a long weekend—so enjoy.