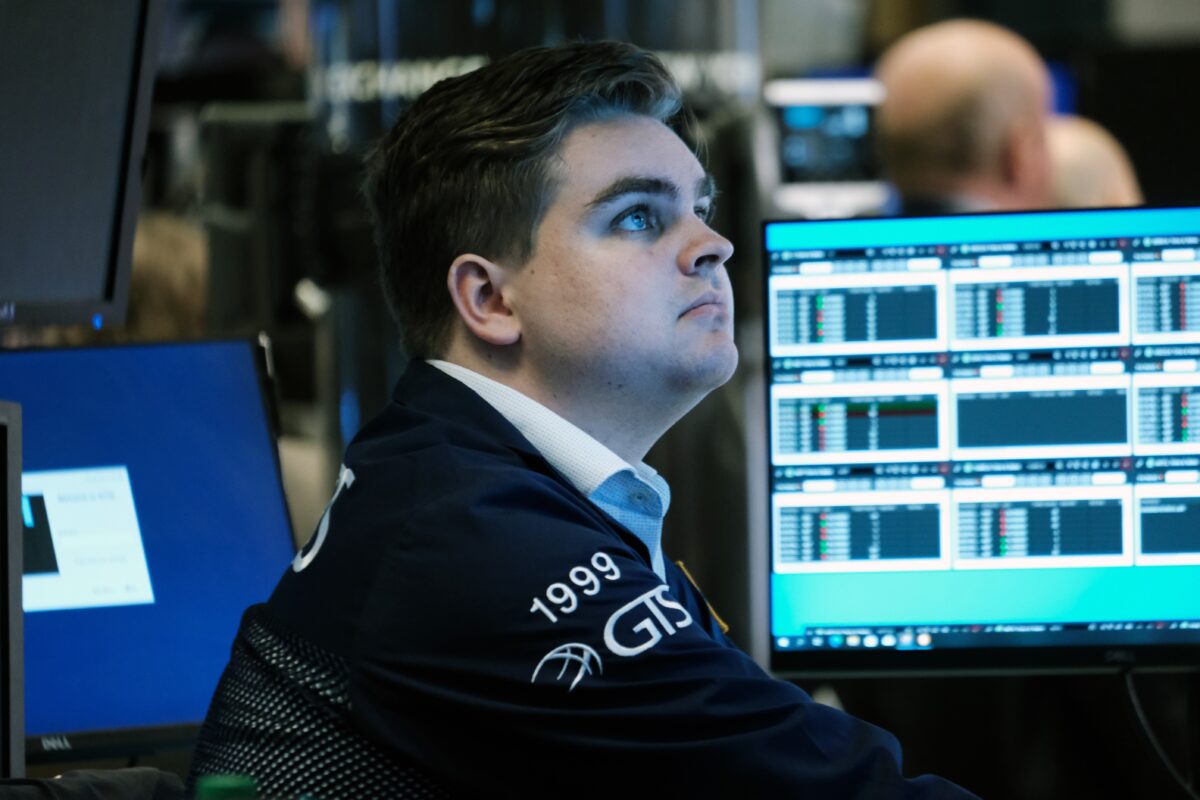 By Sarah Foster
From Bankrate.com

The Federal Reserve made headlines on June 15 when it raised interest rates by the single biggest hike since 1994, but another lesser-known decision at May meeting—albeit a substantially more complex one—could have an even greater influence over how much you pay to borrow money.

The Fed said in May that it’s going to soon start shrinking its massive near $9 trillion bond portfolio. The decision is almost seven months in the making, but officials are going to ease their way into it. Starting June 1, they let $47.5 billion worth of assets roll off their books, more formally known as the balance sheet. Then, that number will increase to $95 billion by September.

How Fed Rate Hikes Could Impact Stocks, Crypto, and Other Investments

Why Does the Fed’s Shrinking Balance Sheet Matter?

It’s the antithesis to the Fed’s massive bond-buying campaign during the coronavirus pandemic. Across three different programs, the Fed amassed almost $4.6 trillion worth of bonds, including Treasurys and mortgage-backed securities. Those moves helped push the interest rates that the Fed normally doesn’t directly control to rock-bottom levels—including on things like mortgages and student loans—by bolstering liquidity and keeping the system awash with credit.

But what goes down must come back up. Shrinking the balance sheet could be just another lever that pushes interest rates higher, along with what’s likely to be the fastest rate-hiking cycle in decades. That’s because the endeavor effectively reduces the money supply and the availability of credit in the financial system. It’s a sacrifice the Fed is willing to make to help cool the rapid inflation that’s spent six straight months at levels not seen since the 1980s. The process is often dubbed quantitative tightening.

“It’s also another way in which the Fed is pressing on the brakes in an effort to slow the economy and reduce inflation,” says Greg McBride, CFA, Bankrate chief financial analyst. “Over time, this is going to be more impactful than raising short-term rates.”

The move would have major implications for how much it costs consumers to finance major life-events, from buying a home or car to attending college.

If things go according to plan, the Fed will have removed more than $522 billion from the financial system by the end of 2022 and another $1.1 trillion by the end of 2023. Trimming $1.5 trillion off the Fed’s portfolio is the equivalent of hiking interest rates by up to another one percentage point, according to estimates from Luis Alvarado, vice president and investment strategy analyst at the Wells Fargo Investment Institute.

“We understand what the Fed did at the height of the pandemic in March 2020 when everyone was scared,” Alvarado says. Fed officials, however, don’t want to “have big balance sheets. They want to have balance sheets that are running in parallel according to economic growth.”

How Much Will Interest Rates Rise as the Fed Trims Its Balance Sheet?

But the big question mark is whether officials will have enough room on the runway to get there.

The Fed has only ventured down this road once before: when the economy was recovering from the Great Recession of 2007-2009. Back then, they managed to vacuum just about $700 billion out of the system, only 20 percent of what they bought, before financial markets seized up and the economy risked taking a nosedive.

At the Fed’s current pace, the Fed’s balance sheet would reach its pre-pandemic size of $4.3 trillion roughly four years from June 2022. But a lot can change in the economy by then—and a lot can also go wrong enough for Fed officials to abort the mission.

“I don’t think the Fed can pull too many trillions of dollars out of the system without something going bump in the night,” McBride says. “If the economy is weakening, then they’re going to eventually start to ease up on policy or the pace of quantitative tightening.”

The Fed’s last foray into shrinking the money supply was also much different than today’s experience, another layer making it unclear just how much consumers could feel an impact. The Fed waited almost two years to start dumping bonds after it hiked interest rates for the first time after the financial crisis in December 2015. This time, the Fed is waiting just three months.

Not only that, but officials previously chose to gradually increase how many bonds they’d let roll off their portfolio over a 12-month period, until it eventually hit $50 billion a month. Today, the Fed is moving four times faster and its monthly cap is nearly twice the size.

Lenders have also been ramping up their borrowing costs at a much more aggressive pace than the Fed—and long before officials even touched interest rates or their balance sheet.

The average rate on a 30-year fixed-rate mortgage in the week that ended on May 11 jumped to 5.46 percent, the highest point since August 2009, according to Bankrate’s national survey. The day of the Fed’s December 2021 meeting, that benchmark mortgage was 3.28 percent. A year ago, it was at 3.19 percent.

The ascent has outpaced the Fed’s hikes and the 10-year Treasury yield’s rise, with the key bond yield rising just 1.44 percentage points total since the Fed’s December meeting.

It signals that the sub-5 percent mortgage rates that consumers have been able to take advantage of for more than a decade—besides for an eight-week stretch in 2018—are all but in the rearview mirror, according to McBride.

“When the biggest buyer in the market walks away from the table, it creates a void,” he says. “There has to be investors to fill that void, otherwise prices could fall sharply and rates could rise notably in order to attract enough investor demand.”

It’s too soon to tell what exactly happens with interest rates from here, but some experts say the biggest leaps might have already happened.

“The mortgage market is the epicenter,” says Kristina Hooper, chief global market strategist at Invesco. “But quite often, markets move in advance of expectations; a lot has already been priced in.”

Alvarado sees the 10-year Treasury yield rising another 44 percentage points, peaking at 3.35 percent in the fourth quarter of 2022. Then, he sees it gradually settling back down throughout 2023 in a range of 2.5-2.75 percent.

That’s exactly what happened during the Fed’s last tightening cycle. Technically speaking, the 10-year Treasury yield only rose 62 percentage points during the entirety of the Fed’s last tightening cycle—starting with its first-rate hike on Dec. 16, 2015, and ending with the day the Fed officially stopped shrinking its balance sheet on Sept. 30, 2019. The key rate erased nearly half of its gains over the period, falling to 1.68 percent on Sept. 30 after peaking at 3.24 percent on Nov. 8, 2018.

The oscillation highlights another key point about market interest rates: The 10-year Treasury rate could fall even if the Fed is hiking rates, especially if investors see an economic slowdown or lower inflation ahead.

“That’s what happens most of the time when the Fed is tightening policy,” McBride says. “We’re headed to a point where those long-term yields are starting to fall at the same time short-term rates will be rising.”

Other Factors that Could Affect Interest Rates

The consumer impact also depends on more technical reasons. When the Fed shrinks its balance sheet, it doesn’t sell those securities; instead, it simply lets those bonds roll off at maturity without reinvesting its principal payments.

Yet, some experts have pointed out that the Fed might have trouble hitting the quota it set for mortgage-backed securities. In that case, they might have to outright sell those assets for the first time in Fed history, which would have even bigger implications for mortgage rates. The Fed’s massive stockpile of those securities—$2.7 trillion—has no doubt prevented the cost of financing a home from rising even more.

Fed officials indicated in records of both the January and March Fed meetings that this strategy “might be appropriate at some point in the future,” so the Fed can move toward having a longer-run bond portfolio “primarily of Treasury securities.” Key Fed officials have also said the approach could be an even more aggressive backup plan if inflation remains high.

Selling any assets also opens up the Fed to another risk that it’s so far been able to dodge: taking a loss.

Less money sloshing around in the financial system broadly tightens financial conditions. That might prompt businesses to delay any new investments—including hiring. The worst-case scenario is a tick-up in joblessness.

All of that shows, the Fed’s shrinking balance sheet is a major factor to watch moving forward—and also a reason to concentrate on building up your emergency fund.

Another group caught in the crossfire could be investors. The Fed’s plans to unwind its balance sheet has contributed to the year’s choppy financial conditions, with the S&P 500 down more than 16 percent to start the year.

Keep a long-term focus and tune out the noise: The Fed’s overarching goal is to get monetary policy on track to a more sustainable level, one that paves the way for a long and sustainable expansion and flushes the massive price pressures out of the financial system.

Still, the Fed’s balance sheet drawdown is a major unknown, and only in hindsight will investors and consumers be able to judge its full impact.

“This is the Wild West of monetary policy,” Invesco’s Hooper says. “We are in the land of experimental monetary policy. We just don’t know how this is going to play out.”