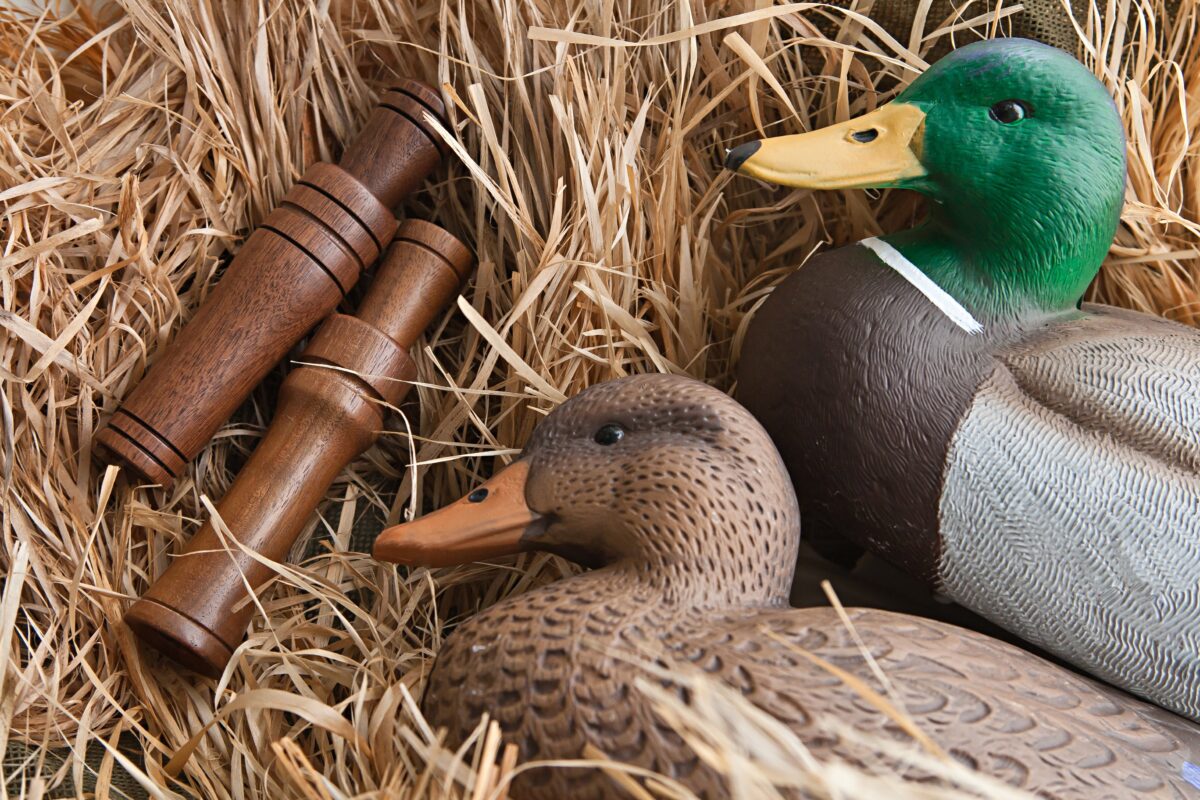 The history of the American decoy, from hunter’s aid to work of art
BY John Quarstein TIMEMay 27, 2022 PRINT

Decoys originate from man’s efforts to lure waterfowl. Whether hunting with nets, traps, or firearms, hunters came to value decoys as highly as boats, blinds, and shotguns. As weaponry improved and populations increased in the latter part of the 19th century, more and more people hunted waterfowl for food and sport, and the demand for decoys grew. The art of the decoy entailed that the fabrications should appear lifelike from afar—the more realistic the decoys, the more successful the hunt.

The waterfowl decoy is now a treasured form of folk art. Often highly sought after as collectibles, many are quite valuable. From old working decoys to the modernized, stylized, and finely carved, they reflect the impact of technology, environment, society, and economy on an American way of life.

The Magic of Migration

When the crisp winds of fall break across the Chesapeake, we hear again the glorious music of the migrant Canada goose drifting through the air. Look up into the sky or out above the cut cornfields, and you can see their wavering lines passing into the distance. One wonders what compels these birds to travel thousands of miles each year from their northern breeding grounds to winter destinations along the Atlantic Coast, and back again. How do they find their way? How do they know when to go and when to return? The answers to these questions lie in the mystery of migration.

The movement north and south of migratory waterfowl is probably triggered by meteorological conditions, including temperature and barometric pressure. The birds travel certain routes to particular places based on food and water sources, and waterfowl flocks return each year to the same wintering areas because of imprinting.

The Atlantic Flyway welcomes birds from the eastern Arctic, the coast of Greenland, Labrador, Newfoundland, Hudson Bay, the Yukon, and the prairies of Canada and the United States. Millions of ducks, swans, and geese move along the coast and overwinter on the Chesapeake and North Carolina sounds.

The Chesapeake Bay region is a great magnet for migrating waterfowl. These protected waters provide food and a safe haven. Aquatic grasses fill the waterways, and the harvested fields are sprinkled with corn. The tremendous number of birds flocking to the region has driven decoy demand for centuries.

The word decoy is derived from the Dutch words for the (de), cage (kooi), and duck or fowl (eend). The Dutch brought to New Amsterdam—today’s New York—an ancient method of using cages and tame ducks to lure and trap wild fowl. The tame birds were called the cage ducks, or “de kooi eend.” By the mid-19th century, the word decoy became commonplace in America as “an image of a bird used to entice within gunshot.”

While the earliest known decoys were used by pre-Columbian North Americans, a combination of factors expanded the demand for waterfowl during the post-Civil War era in America. Migratory birds, including canvasback ducks and whistling swans, were abundant, but access to and distribution of this seemingly endless food source was problematic. Rapid population growth motivated Americans to find ways to harvest the crop, and the expansion of railroads provided routes for refrigerated cars to transport the delicious waterfowl meat to eager markets in major cities otherwise disconnected from rivers, bays, and marshes.

At the same time, firearm improvements brought increased efficiency for hunters. From the paper shotgun shell to lever-action, pump-action, and eventually automatic shotguns, firing speed rose and weapons became so effective that waterfowl were quickly endangered, forcing the passage of the Migratory Bird Treaty Act of 1918.

Prior to that, natural abundance coupled with technological innovation enabled the harvesting of thousands of ducks each year. On the flat tidelands of the Susquehanna River, sinkbox blinds were favored—typically by market hunters—and required 300 to 700 decoys per layout. An estimated 75 sinkboxes were in use during the late 19th and early 20th centuries. With 50 to 100 decoys per sneakbox boat, and countless shore-blind rigs, approximately 20,000 decoys or more were needed every year to support hunting activities.

The rapid expansion of market and sport hunting after the Civil War Era prompted many guides to begin making decoys, and the craft became an important trade. Influenced by regional differences in water, weather, paint, and stylistic traditions, decoy designs were handed down through generations. Every maker had an opinion about how various waterfowls should look.

Decoy-making practices were well established by the mid-19th century. Decoys were hand-chopped using simple woodworking tools such as axes, chopping blocks, spokeshaves, and various kinds of knives. With the rise in popularity of waterfowling in the 20th century, decoy needs increased, and the influence of industrialization set in just as the market expanded beyond the capacity of traditional makers.

Enterprising businessmen, hunters, and woodworkers endeavored to promote and mass-produce decoys. Traditional carvers turned to power tools to increase output. While some operations employed only a few workers and continued to use traditional carving methods, other manufacturers used assembly line processes. The common ground for these early producers was in advertising their products throughout the nation and shipping good-looking, high-quality decoys.

A Legacy Carved in Wood

Makers had often endeavored to craft decent decoys from materials other than wood. The post-World War I era witnessed the first shift from wooden working decoys to decoys mass-produced from other materials. This transition changed the decoy industry. Following World War II, decoys made from cork, canvas, papier-mâché, and plastic appeared. Many of these new styles were patented, and each promised to bring in the most ducks. As the cost of wooden birds increased, other types of decoys became more popular and dominated gunning rigs. Wood-carvers could not compete economically against plastic birds, and their work changed from crafting hunting tools to creating artworks.

People had already recognized the folk art qualities of decoys. Traditional makers strove for realism, carving decoys with raised wings or turned heads, for example. Others crafted miniatures as samples of their work. These “fancy ducks,” as Lem Ward called the early decoratives, began selling at premium prices. In time, carvers expanded their techniques by using wood burning tools to detail feathers, or branching out into new technologies like dental tools to make decoys so lifelike that any duck would be surprised to find otherwise.

The art of the decoy is ever-changing. Today’s decoys are mixtures of traditional working decoys and reflections of minute detail. Many decoys aren’t intended as hunting tools, yet plenty still are. The craft continues as a connection between man and nature, form and function.

Waterfowl decoys existed for thousands of years before collectors came to appreciate the decoy as a historic art form—one of the oldest forms of American folk art—with a potential for aesthetic value exceeding its functional worth. While many decoys served as simple tools of the bayman’s trade, others became expressions of the birds themselves. In the end, material and style aren’t as important as process and overall effect. When a decoy truly captures a bird in body and spirit, then we call it art.

The Drifter
I’m just an old has-been decoy
No ribbons I have won.
My sides and head are full of shot
From many a blazing gun.
My home has been by the river,
Just drifting with the tide.
No roof have I had for shelter,
No one place where I could abide.
I’ve rocked to winter’s wild fury,
I’ve scorched in the heat of the sun,
I’ve drifted and drifted and drifted,
For tides never cease to run.
I was picked up by some fool collector
Who put me up here on a shelf.
But my place is out on the river,
Where I can drift all by myself.
I want to go back to the shoreline
Where flying clouds hang thick and low,
And get the touch of the rain drops
And the velvety soft touch of the snow.
—Lem Ward, Chrisfield, Maryland