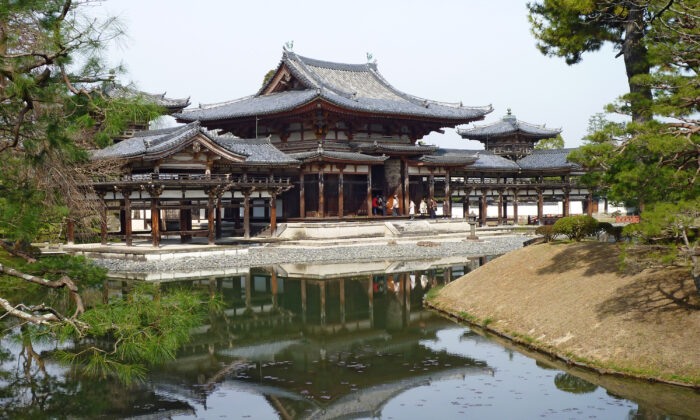 The pond and garden in front of the Byodo-in Temple represents the Pure Land, the paradise of Buddha Amitabha. (Oilstreet/CC BY-SA 3.0)
Fine Arts & Craftsmanship

Between the 8th and 19th centuries, Kyoto, in western Japan, was the country’s capital. Built in 794, Kyoto was modeled on Chang’an, China’s Tang Dynasty capital, now known as Xi’an.

China also influenced Japan’s art and architecture. UNESCO has listed no less than 17 of Kyoto’s monuments that together express the general historical development of Japanese wooden architecture and garden design. UNESCO notes that many of the structures have been authentically preserved due to the Japanese tradition of respecting the buildings. If any of the monuments needed to be repaired or rebuilt, then Japanese craftsmen kept true to the original style and decorations.