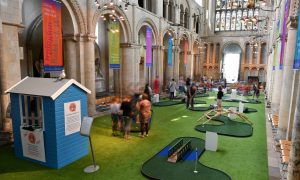 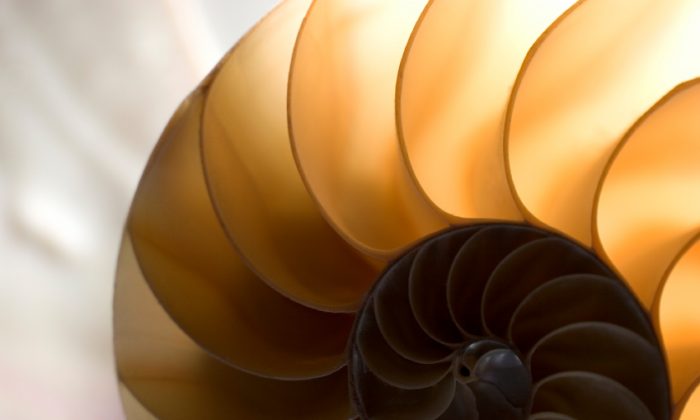 From the Greek Pantheon to the Nautilus shell, the golden proportion is the gold standard for good design, yet scientists still do not understand why this harmonic ratio is found throughout the natural world. (iStock/jsp)
Fine Arts & Craftsmanship

The Divine Proportion: An Indecipherable Code

The newspaper you’re reading, the screen of your computer, your credit card, the petals of that flower, the leaves of that tree, the building across the street–everything is governed by a principle, a proportion, a harmonic value. The universe seems to whisper a code to us in each corner of nature, a unique and harmonically aesthetic code.

Behind the apparent chaos that reigns in the universe, in which each event and measurement logically follows an uncertain destiny, there nevertheless exists a hidden order. From the time of Pythagoras, the key to this order–which has intrigued so many mathematicians and scholars of various branches of knowledge–has never been fully understood.

A contemporary experiment involving several individuals of different ethnic backgrounds demonstrated that among a sample of several rectangular figures, nearly every person agreed on which one was most harmonic. This harmonic figure is formed when the ratio of the greater side over the smaller side equals 1.618–the number known mathematically as “gold” or “golden.” This rectangular proportion is found in thousands of architectural examples around the world, as well as in matchboxes, business cards, books, and hundreds of other daily objects, merely because humans find it pleasing. The Great Pyramid of Giza and the pyramid of Cheops, the seat of the United Nations in New York, and the Cathedral of Notre Dame all embody this golden proportion. In fact, the Greek Pantheon seems to be an ode to this proportion.

For centuries, the absolute expression of artistic beauty and human wisdom (with the exception of some contemporary trends) has never strayed far from this golden mean. Several artists of the Renaissance incorporated the golden mean in their works, not least of whom was Leonardo da Vinci, who used this proportion in well-known pieces such as “The Last Supper” and “The Vitruvian Man.”

Music is not free of this enigmatic code, either. Mexican composer Silvestre Revueltas used this proportion to organize parts of the composition known as “Alcancías.” Composers Béla Bartók and Olivier Messiaen observed the Fibonacci sequence (which contains the golden proportion) in some of their works to determine the length of time notes should be sustained.

As architecture, visual art, music, and other inventions are uniquely human endeavors, some might conclude that the golden proportion suggests an arbitrary, collective opinion among the human race. Yet this still does not explain the endless number of organic and inorganic entities found in nature that endlessly repeat this special proportion.

From the rectangle to the golden spiral (that which arises from the union of points of many nested golden rectangles), examples can be found everywhere: in the horn of a sheep, mineral crystals, an eddy, a tornado, fingerprints, the petals of a rose, the concentric patterns of a cauliflower or sunflower, birds, insects, fish, the Milky Way, other galaxies like our M51 neighbor … or a snail. A perfect and beautiful snail like the nautilus is practically a paragon of the golden proportion. Many trees also reveal the golden relation in the thickness of their branches, between the lower to the higher.

The esthetic of the human body also hides phi (the golden number). The quotient of head-to-feet length over navel-to-feet length reveals a perfect and harmonic 1.618 in our bodies. We can find an equal result in the ratio of the length of the whole head, over the length from the eyes to the chin; or the ratio of nose-to-chin length over lips-to-chin length. The more the face approaches these proportions, the more harmonic it will appear. Despite suggestion to the contrary, it would appear that our tastes are somehow predetermined.

The number phi, like its cousin pi (the ratio between the circumference and diameter of a circle), is of extraordinary complexity. In modern times it has been calculated to more than a trillion decimal places, yet it continues to go on still further.

The hidden cause existing behind this code, which seems to govern harmony and beauty, is something that has enchanted scientists for centuries. It continues to be an enigma even today.

How is it that a fixed spiral can be the common factor in thousands of biological organisms, supposedly having evolved in an entirely unpredictable and indeterminate way? Could it be related in some way to DNA, where within a full cycle of the double helix spiral, the two sections contain a relation among themselves of nothing less than phi?

Since this appears to be a common code throughout all life forms–the harmonic note at which the universe is vibrating–it is no accident that this divine proportion seems harmonic to us, since we ourselves originate from the universe.