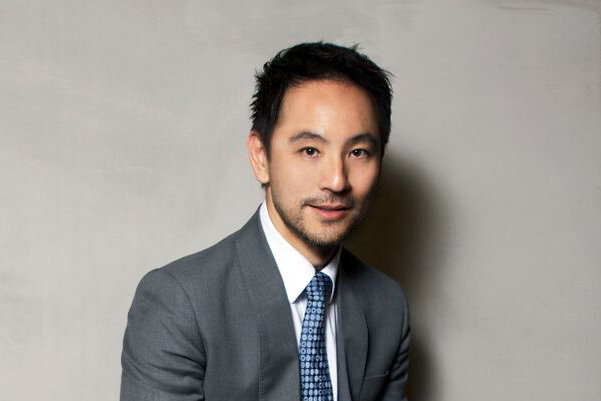 SINGAPORE—”Do you know that Nokia is almost 150 years old? [Back] then [they] were a lumbering company! When they chop trees, they transport the lumber by floating it across the river. Nokia is a river in Finland, that’s why the company is called Nokia—until one fine day the son told his dad that they can’t chop trees forever and that they had to change. That was how they became a phone company,” Ong Tze Boon ends the story with a smile.

In his mid 40’s, Ong is the Group Executive Chairman of ONG&ONG—a prestigious design company with over 900 employees in 12 offices in Singapore, Malaysia, Indonesia, Philippines, Vietnam, Burma─officially called Myanmar, India, Mongolia, China and USA, and a revenue for the year 2014-15 of over S$70 million (US$50 million).

In the Epoch Times’ two-hour conversation with Ong in his cozy and mellow office, where he shared in length his philosophies on business and design, he shifted seamlessly between Mandarin and English, expressing his ideas with engaging stories.

Dressed smartly in a vertical striped shirt and a navy blue blazer, Ong is articulate, self-assured, opinionated and utterly confident. But for all his flair, Ong is a moderate man. During the interview, he did not dwell on his success or personal deeds, preferring to discuss ideas. He was also careful not to embellish or exaggerate his achievements.

He is, after all, intimately cognizant of the fact that nothing in a business is permanent but change.

Ong inherited the firm from his mother, the late Mrs. Ong Siew May, and his father, the late Mr. Ong Teng Cheong—Singapore’s first elected president. Both of them were diagnosed with cancer and passed away respectively in 1999 and 2002.

When his mother passed away, he was only 31. A greenhorn in the business, taking over a firm of 62 employees with monthly expenses of around $350,000 was a stressful experience–but it was these experiences that shaped his business vision.

“Everyone has a plan to create a business, but nobody plans to exit the business. For me, the big question is, how do I pass down my business when it is time for me to go?

“The first generation passed away from cancer; I didn’t know what to do and the stress was all mine because there was no plan of succession for the company. There was only a boss and a business, that’s it. My job is to change it to a company,” Ong explains.

The far-sighted leader continues: “My mission is to make the business corporate, and the first step is to make it grow. The company might even get listed. Ownership changes, but the company carries on.” For Ong, a truly great company is one that has the ability to be a self-sustaining entity, which can survive and prosper despite the passing of its people.

“The company must change its mindset. Not every project is about me. I have to promote the others [and fill] the market with many capable leaders. If something happens to me, the company can still go on.”

“I am trying to prepare the company, so that it can prosper even without the Ongs. Only then can we pass the baton. The successor does not need to have the surname Ong.”

A similar degree of realism and vision underlies Ong’s philosophy of design. Beyond his honors and master’s degrees in architecture from prestigious US universities, he also embarked on an Advanced Management Development Program in Real Estate at the Harvard Graduate School of Design for senior executives and accomplished entrepreneurs.

For Ong, design is not about the subjectivity and relativism of art, but all about the utility of problem-solving and meeting customers’ needs. In line with this end, ONG&ONG initiated the 360° solution strategy in 2003, a pioneering design concept that designs the totality of user experience beyond the visual appreciation of any particular object. Mr. Ong, with his flair for story-telling vividly illustrates this idea:

“Have you been to Botanic Gardens? There are chairs in there made of metal, but they are bolted to the ground. When you look at the chair, what do you think? Everyone talks about design, whether it is pretty, whether it is green or blue. In reality, there is no better color; it is all up to taste.

But there is another, less known dimension of design. If this chair is bolted to the ground, I am actually telling the people—please don’t move my chair and just sit here. Not only that, I am also telling people to sit like this. After you sit, you naturally look forward. Therefore, by putting the bolt, I am telling people where to sit, how to sit and where to look.

Maybe I will even put a pond and some ducks in front of the chair. So after a stroll, you can sit down and look at the pond and the ducks. So beautiful! I must also make the chair comfortable, and control the sunlight and electric light.”

“This is how you design an experience, and this is what we do.”

To design an experience is not an easy task. It requires the control and mastery of multiple fields and the ability to weave them together into a single experience, like different engineers working together to create “the posh experience” of a Porsche.

Ong emphasizes that the future of design is one where customers rely on designers’ knowledge and experience of what customers want for tomorrow.

“We gear up for the future and design is just a means to an end. That’s all.”

Beyond design, it was very apparent during the interview that Ong is guided by strong principles.

He recites a phrase from ‘The Great Learning’ by Confucius when asked about the values his late parents had instilled in him.

“The basic value is if you want to do (something), do it well. Don’t (be) corrupt,” he explains.

Ong also believes in doing things right and aiming for excellence in everything we do. He advises young entrepreneurs, “If people do business just for money, then I think – there’s no right or wrong, I am not criticizing—but for me, it is not about making money, it is about doing it right.”

“Because when you do it right, money will follow. If you aim for excellence, these things will come. Money is just a result sheet. We don’t study because we want A (grades). People who score well are often those who enjoy the subject. So I tell people, just do what you do well, and the money will find us. So money is not the goal, the goal is to get it right.”

Ong is a pioneer and a man of the future, but it would be hasty to label him a visionary. For all his innovations and dreams, Ong is in essence realistic about his business and design. His business philosophy is one of succession and survival. His design philosophy ultimately comes down to anticipating and meeting the market’s changing needs and demands.

As he says in the interview, “It is about answering the customer’s needs. And when you get there, you must start asking yourself as a CEO, where is this going? Where is the market going? What do the customers want for tomorrow?”

“At the end of the day, business is problem-solving for people.”

Ong does not linger around ideals and the only constant in his vocabulary is “change”. Perhaps, it might just be this potent combination of realism and foresight that has made him the successful man he is today.

Completed in 2009, Quincy is a remarkable work of contemporary architecture and urban landscape. Framed with anodized aluminium and shimmering tempered glass, the hotel facade is glamorous and sophisticated.

The shimmering modular windows create an impression that the rooms are stacked on top of one another, while the bold and colorful furniture against the white walls and grey cement gives off a whimsical vibe.

The garden landscape consists of a timber deck and an ‘L’ shaped pool, while plants such as bamboo form a tranquil environment amidst the playful design elements.

The largest Audi showroom in Southeast Asia has a honeycomb-shaped facade formed by aluminium with hexagonal cutouts, creating a futuristic exterior.

Opened in December 2012, the Audi Centre’s full-height glass windows for its lower floors make the building look as if it is floating off the ground.