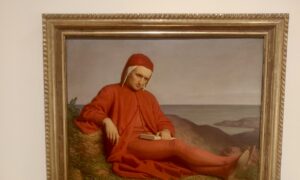 Strangers in a Strange Land: Writers in Exile and Us
0
Share Now
TelegramFacebookTweetEmailTellMeWeReddit
Copy Link 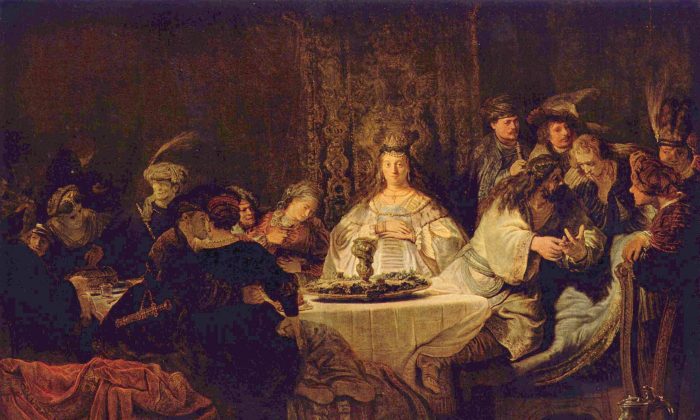 "The Wedding of Samson" by Rembrandt. (The York Project)
Literature

The Deep and Fun History of Poetic Riddles

In one of the tensest moments in J.R.R. Tolkien’s “The Hobbit,” Gollum is ready to eat Bilbo Baggins if he cannot answer this riddle correctly:

Alive without breath,
As cold as death;
Never thirsty, ever drinking,
All in mail but never clinking.

There is something strange and mysterious about riddles in their very nature; reading one is like entering a maze in someone else’s mind. Poetry, too, has a strange and mysterious quality as an art form, springing directly from someone’s mind and with little intermediary media needed, just pencil and paper—or not even that, if you memorize it. Thus, poetry is the ideal method for delivering a riddle.

This rhyming riddle tradition goes back at least as far as ancient Greece. According to some versions of the legend, people would go to the Oracle of Delphi with important questions, and she would give an answer in the form of a riddle-like poem. For instance, the king of Lydia, Croesus, fearing an invasion by the king of Persia, Cyrus, went to the oracle to inquire as to whether he should attack before being attacked. He received this answer:

Whene’er, when a mule shall mount upon the Median throne,
Then, and not till then, shall great Croesus fear to lose his own.

Croesus took the idea of a mule ruling a kingdom to be an impossibility and thus his chances of losing to be an impossibility. Well, to make a long story short, Croesus got this riddle wrong. He attacked and eventually lost. His enemy, Cyrus, was of mixed blood and was thus represented by the mule (a mix of a donkey and horse).

And such poetic riddles are not limited to European culture alone. In traditional Chinese culture, it is a custom to answer riddles, often poetic, during the Mid-Autumn Festival, which is the second-biggest Chinese holiday. In the great classic Chinese novel “Dream of the Red Chamber” by Cao Xueqin, the poetic riddles below, among others, appear. See if you can figure them out:

The demons flee when I arrive;
My voice is like the thunder’s roar
And strikes such fear in all alive,
But now I’m merely ash on floor.

The children playing outside look at sky,
To where I glide upon the beauty bright,
And when you lose ahold, I’m left to fly
Off: lonely soul of which you’ll lose all sight.

Coming now to the present, after centuries, even millennia, of poetic riddles, the tradition remains in the work of today’s poets:

Some of gold. Some cold like stone.
No wood, no chimney. Yet four rooms
With naught an inch to roam.
Still, where it is. There is home.

I can be hard to find, even when close by.
If you need a fix, I’m your guy.
You’ll see right through me,
When you look into my eye.
Who or What am I?

Hidden in your closet
Sits a calcium deposit,
Gutless but not spineless,
Supportive, and yet mindless.

My mirror image is never that far,
I have five different points like a star,
While I have no mouth that I can employ,
I do make a loud sound when filled with joy.

Turn me upside down and I’m right side up
Empty my glass and you fill up my cup,
I’m always on time and I’m never late,
I never go backwards at any rate.

I am the master of the four seasons,
I can turn the summer storm off or on,
Deftly pulling strings and blowing the winds,
Such power, three hundred years couldn’t rescind.