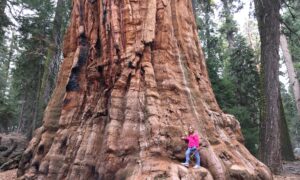 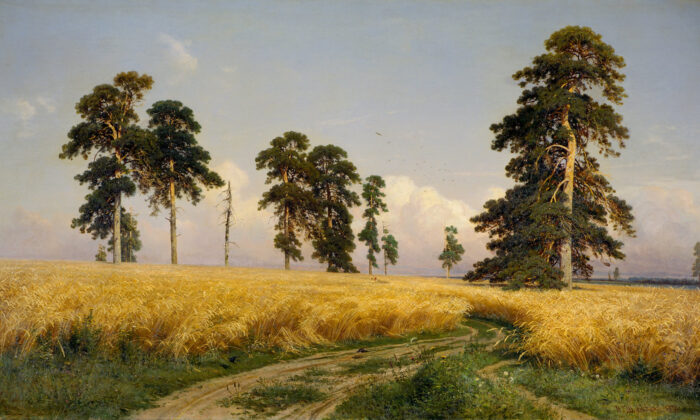 How often do you get up early during the school year, stroll outdoors, and listen to the birds as the sun comes up? That joyful symphony is called the “dawn chorus.” Those winged songs compose the daily music of life and light.

When you allow for time and space, there is so much inspiration in the natural world! Summer is here. During these precious free days, why not seek and discover? Turn off your screens, step outside, adjust your eyes, and breathe the free air!

Seasons mark time in a poignant way. As persons, young or old, we can choose how to utilize the minutes, days, years, and seasons of our lives. Do we choose to use them gratefully or wastefully, productively or poorly? This summer, whether or not you and your family have a grand vacation planned, a few days at the beach, a playdate at the park, or you’ve made no plans at all, as is the case in my household, it’s a fine time to break free of the screen routine and seek that which is above: the bright sun, blue sky, even the ethereal.

Just in case you are still inside or want a bit of extra encouragement, I present the story of a great outdoorsman. Ivan Shishkin celebrated life outside and left a legacy to motivate viewers to follow.

The Russian-born son of a merchant, his childhood began in 1832. It’s said he was never parted from his pencil. Shishkin studied antiquities in his youth and attended a provincial primary school. After the summer of 1848, he decided not to return to grammar school, writing later in an autobiography that he freed himself from “narrow-minded formalism.” Valuing a broad perspective, as a late teen, Shishkin moved to Moscow to attend the School of Painting, Sculpture, and Architecture, where he studied for four years. In 1856, Shishkin pursued advanced studies at the St. Petersburg Academy of Art. There, he won a gold medal award for artistic excellence and a stipend to work in several prominent cities around Europe.

Shishkin didn’t spend all his time in the city, though, and definitely didn’t spend it indoors. In fact, he was primarily appreciated for his extraordinary paintings of the wilderness. An astonishingly prolific painter, Shishkin was so well known for lush, forest landscapes, it earned him the nickname “Tsar of the Woods.” He painted outside on his own so much his peers also called him “Lonely Oak.” A badge of honor, if you ask me.

Shishkin spent innumerable days and sessions outdoors setting up and taking down canvases, easels, paints, and supplies in order to observe and create a full body of magnificent field sketches. It’s hard to lug such equipment deep into forests and fields. Shishkin was a diligent and disciplined man. How else would he have made such tremendous work?

Even in the context of grand compositions, Shishkin mastered the smallest intricacies of detail. Though larger and more complete works would be resolved in the studio, authentic sunlight and even moonlight were the enlivening sources for all his paintings, in particular because electricity, lightbulbs, and artificial light were only just emerging during his lifetime!

Despite modern availability, most realist painters still maintain strong favoritism for natural light over the eminence of electric lamps, photos, and screens. As the work of Ivan Shishkin illustrates, natural light and life are more beautiful!

Ivan Shishkin tended to name his work plainly according to the seasons, times, places, and the qualities of the day during which he worked. The titles hardly require embellishments because the work speaks for itself. Now, in a time when tablets, phones, and screens of all kinds blink, flash, and buzz to lure our attention into pre-programmed, artificial atmospheres, one may discover a great escape within the wide space of Shishkin’s work. The greatest pleasure in his paintings may be how well he inspires one to appreciate the magnificent harmony of nature. Some of his pieces are even named “etude,” in the manner of a little musical composition. Critics have described his works as a “song of joy.”

Ivan Shishkin never went viral on a screen, but he did become a star. The Russian painter is so much celebrated for his bright contributions, that a minor planet is named in his honor: 3558 Shishkin. If you search, it can be observed flickering through the darkness of the cosmos like a tribute to a single life well-lived. If you can’t find it, don’t fret. His paintings are nearer to view.

Whether you follow him into a grand forest scene, through sweeping fields and cliffs, to the side of a decaying stump, clump of weeds, or simple rock, Shishkin’s appreciation of nature and creation is profound. Ivan Shishkin invested the brief time and great talent he was given on earth to honor life. In 1898, he died suddenly in the studio while working on the painting “Forest Kingdom.” May he be at peace in the pure light of an ever more beautiful kingdom. Yet here, Shishkin’s paintings survive as icons of the Russian spirit and appeal to all human spirits through the revelation of beauty in a light from above.

Andrea Nutt Falce is a happy wife and mother of four. She is also a Florentine-trained classical realist artist and author of the children’s book, “It’s a Jungle Out There.” Her work can be found at AndreaNutt.com