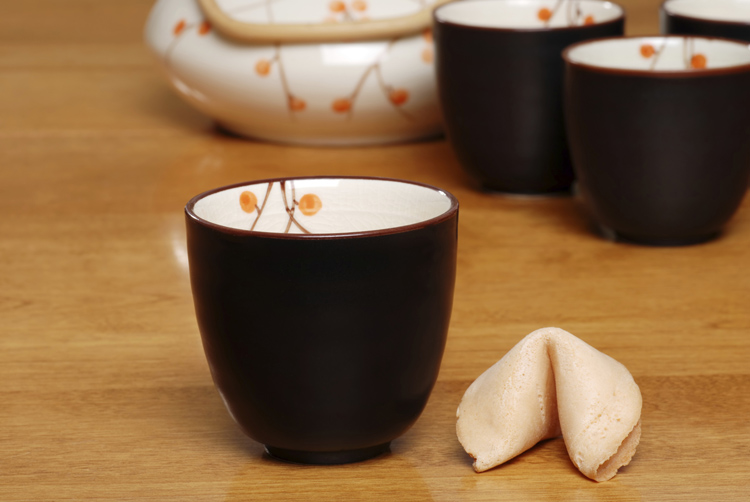 When we eat a fortune cookie for dessert at any Chinese restaurant, it probably doesn’t cross our minds if its origin is anything other than from China. Yet elements show the origin of the fortune cookie is long-disputed in several parts of the world.

If fortune cookies are not from China, then where are they from?

The first cities on record to disagree about the creation of the fortune cookie are San Francisco and Los Angeles.

The story goes that Japanese designer Makoto Hagiwara from Golden Gate Park’s Japanese Tea Garden in San Francisco was the creator of the recipe of these famous cookies in 1909.

Here’s the thing—there’s another story that states in 1918 David Jung, founder of the Hong Kong Noodle Company in Los Angeles, was inventor of the recipe. To clarify this matter, we must indicate that in 1983 the Court of Historical Review ruled in favor of the city of San Francisco.

Nevertheless, even today this decision is still open for debate.

There’s also a claim by Japanese researcher Yasuko Nakamachi, explaining how this cookie came to Chinese restaurants in the United States.

This claim is based on his finding a centuries-old family bakery located near a shrine on the outskirts of Kyoto that was custom-crafting dark crackers very similar to the debated fortune cookies.

Besides that, there are references to the cookies found in Japanese literature and history, including an 1878 engraving of a man making the cookies in a bakery, decades before the first report of fortune cookies in the United States.

Nakamachi also found many other compelling pieces of evidence; among them there is an illustration in a 19th-century storybook.

Yet another theory that some historians swear is the inspiration for this cookie itself comes from (surprise!) China, found among 14th-century lore. This is something that modern food historians may heavily dispute, as it is not common knowledge here in the United States.

The legend goes that Chinese soldiers, wanting to invade the Mongols, wrote messages of specific instructions on rice paper, hidden inside lotus seed paste pies. This tactic helped the rise of the Han against the Mongols, thus starting the beginning of the Ming Dynasty.

There are many theories explaining the origin of the elusive fortune cookie; and truth is, it’s still a matter open for discussion with no definite answer.

Whether originating from Japan or China, the most puzzling question about these cookies is: Why is it that, in the United States, they are such a mainstay in only Chinese restaurants?

One of the possible answers to this puzzle is that Chinese factories started producing these cookies after World War II, when Japanese bakeries were forced to close.

There is also the opinion that desserts were not traditionally the best that Chinese cuisine had to offer, and fortune cookies blended a touch of home for Americans, with a bit of the exotic thrown in.

The first fortune cookie fortunes had scriptural teachings by Confucius (K’ung Fu Tse) and quotes from politicians inside them, like for example, Benjamin Franklin. Later, cookies started to include lottery numbers, suggestions, jokes, and even absurd phrases! Some also have Mandarin word lessons printed on the back of their fortunes.

Today there are around 3 billion fortune cookies made each year, mostly all in the United States. And, they can be found in restaurants all over the world, such as in Mexico, Great Britain, France, and Puerto Rico, among others.

But the most surprising thing about the fortune cookie’s life story is that if you travel to Mainland China and show a fortune cookie to any native Chinese, they will not recognize what it is, and in fact, will act like they’ve never seen or heard of the renowned cookie.

And most amusing is that in China these cookies are completely absent come dessert time.