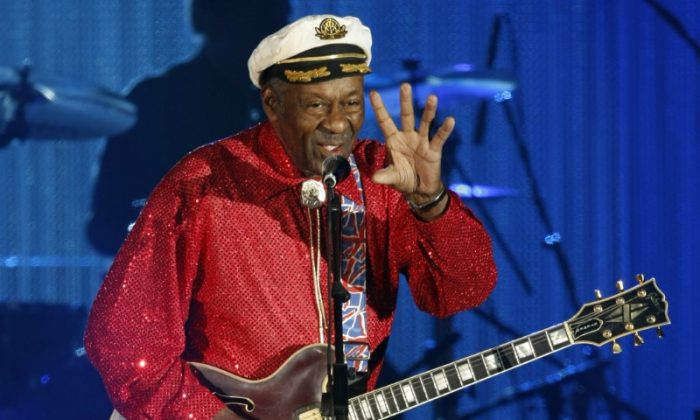 The Complicated Legacy Our Icons Leave Behind

Chuck Berry was the father of rock and roll. He was also a man who did some very bad things. When our icons pass away we’re faced with the complicated task of memorializing them in a way that reconciles their contributions with their often rocky personal lives.

A great career does not always equal an exemplary life. Should great artists get a free pass for their personal transgressions? And are we complicit if we elevate individuals whose sum character falls below normal ethical standards?

A peculiar “memorial machine” is set into motion when a celebrity dies. The accolades pour in, people pay their respects via twitter, and magazines have their cover stories for the month. We examine their lives, focusing our attention on their accomplishments while largely ignoring their transgressions. It’s death and glory for a month, then time to move on.

But some critical thinking should be used when raising someone to icon status. If a person’s crimes are fully ignored there is an implicit acceptance and condoning of the behaviour. It’s not to suggest their accomplishments should not be celebrated, only that they should be qualified by an objective look at the sum character of the person.

Early in his career, Berry was convicted of having sexual relations with a 14-year-old girl, a crime for which he served jail time. In the ’80s he was charged with assaulting a woman in a hotel room and was later found to be secretly filming women using the bathroom of his restaurant.

The nature of Berry’s transgressions is hard to reconcile. His crimes are not victimless and they deserve a level of scrutiny and accountability. These women saw the ugly side of a man at the centre of a million accolades.

Some critical thinking should be used when raising someone to icon status.

Artists have always been prone to personal demons. Even those who created beauty sometimes embodied the polar opposite in their personal lives.

The German composer and conductor Richard Wagner, whose music is generally acknowledged as some of the finest and most influential of the past several centuries, was also a notorious anti-Semite and generally an unscrupulous person.

His music has endured for centuries but it is his music alone that stands the test of time. Wagner himself is rarely exalted. If anything, there is a sense of bewilderment at how such a villainous man could create such a beautiful body of work.

Forgiveness comes easiest after a person has died. All that remains are memories of the past that can be cherry-picked at will to paint a good or evil picture. The selective nature of human beings often errs on the side of forgiveness—an admirable trait, but one that shouldn’t cloud our judgment when it comes to scrutinizing the lives of those given saintly status.

We are not so apt to forgive and forget when it comes to the living. Notable public figures carry the baggage of their past to the extent that it defines the larger part of their legacy. But will the narrative change when they pass away?

Chuck Berry’s music will live on, untarnished by the misdeeds of the man himself. His contributions to modern music are important. As a person, he was not wholly bad or wholly good. He was a flawed man from a different time, who became the cornerstone of rock and roll.

In remembering our icons, unqualified adoration should be reserved for those who live an exemplary life. In Berry’s case, it’s best to separate the man from his music and exalt the art but not the artist.