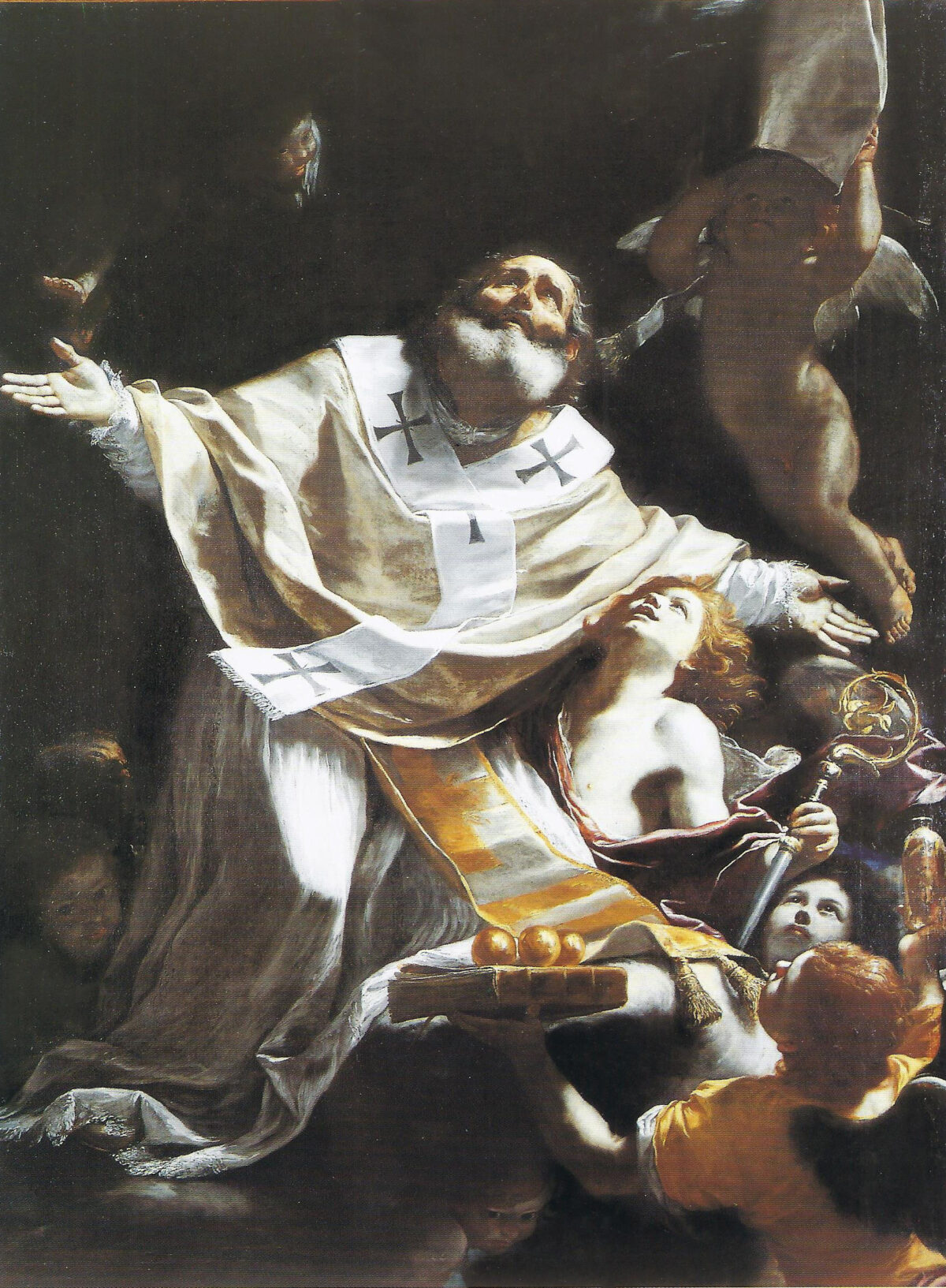 A detail from “Glory of St. Nicholas of Bari,” 1653, by Mattia Preti. Oil on Canvas. Capodimonte Museums and Galleries. (Public Domain)
Arts & Tradition

The Christmas Miracle of Generosity: ‘The Glory of St. Nicholas of Bari’

Reaching Within: What traditional art offers the heart
BY Eric Bess
TIMEDecember 25, 2021

Every Christmas, we are bombarded with images of a man we call Santa Claus who has a long, white beard, red clothes, and happily brings toys to children who are well-behaved. But who is this patron of moral gift-giving? Where does the legend of Santa Claus come from?

St. Nicholas was a fourth-century bishop who lived in Asia Minor. It is believed that he was imprisoned and tortured for his faith by the Roman emperor Diocletian before being released by Constantine the Great.

St. Nicholas’s kindness and generosity were what really came to define him. He was believed to have kindness so deep and great that he could perform miracles.

In one legend, St. Nicholas heard of a poor man with three daughters. During those times, a young woman needed a dowry to increase her chances of marrying. Without a dowry, she was unlikely to marry and could even be sold into slavery. Mysteriously, three balls of gold were tossed into their home and landed in socks that were laid out to dry. The gold provided the three daughters with the dowries they needed to marry and prevented their enslavement.

On another occasion, St. Nicholas appeared to a terrified boy who was kidnapped and enslaved. He comforted the boy and brought him back to his mother who had been without her child for over a year.

There are other stories of when young children were playing, got lost, and were captured and chopped up by an evil butcher, St. Nicholas prayed to God to have their lives restored and returned to their families. Stories like these made St. Nicholas the patron saint of children.

St. Nicholas’s kind heart extended to saving people from famine and rescuing the innocent, all of which he did without expecting any reward in return.

‘Glory of St. Nicholas of Bari’

The Italian Baroque artist Mattia Preti painted “Glory of St. Nicholas of Bari” in 1653. St. Nicholas is depicted in the center of the painting, standing on a cloud. His bright clothing adorned with Christian insignia make him stand out against the dark background. He looks up toward the heavens and stretches out his arms with open hands.

Childlike angels with wings surround him on all sides. One at the top right of the composition brings a bishop’s miter to place on his head. Another under his arm holds the bishop’s scepter. At the bottom right of the composition, a small angel presents to him a book on which sit three golden balls. The other putti-like figures watch as they emerge from the dark environment.

The Miracle of Sincere Gratitude and Generosity

What wisdom might we gather from St. Nicholas’s story and Preti’s painting? The title of the painting is “Glory of St. Nicholas of Bari,” and the word “glory” might lead us to further insight. What is meant by St. Nicholas’s glory?

One of the first things that stand out to me in this composition is St. Nicholas’s body language. He looks up with his arms outstretched and his hands open wide. We can presume that in looking up, he looks toward God, for it is God who provides his glory. But why does God give glory to St. Nicholas?

St. Nicholas’s outstretched hands have a double meaning, suggesting both his willingness to receive God and his generosity. St. Nicholas does not simply receive God as one would receive a simple gift. The look of awe on his face suggests that he receives God with deep gratitude and sincerity.

Is it the case that St. Nicholas receives God’s glory because of his generosity and his deep appreciation of God?

Speaking of St. Nicholas’s generosity, the figures around him, though depicted with angel’s wings, are children. They are the very ones St. Nicholas gave gifts to and safeguarded. His generosity overflowed from God to the people and especially children. But why does Preti depict the children as angels?

Could it be that depicting the children as angels reiterates the idea of the innocence and purity of a child’s heart and mind? Or maybe it suggests that St. Nicholas came to help those children who were like angels because of their good and pure behavior?

Either way, here the angelic children give back to St. Nicholas: They present to him the items that represent both his generous spirit and his closeness to God. And isn’t this also a way of glorifying St. Nicholas? He receives his glory from God and from those with whom he shares God’s glory. It’s almost as if God not only shares his glory from above but also shares it from the hearts of innocent and pure human beings.

The question for us becomes: How might we serve as a conduit to share the glory of God? Might one way be—like St. Nicholas—to summon deep gratitude and a generous spirit?

For St. Nicholas, his generosity produced miracles in the world. This Christmas, with deep gratitude and generosity, we might be able to spread the glory of God to all of those around us. And who knows, we might even witness some miracles. 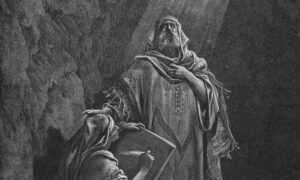 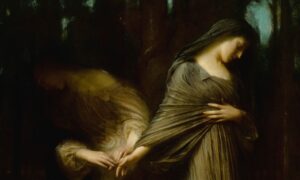 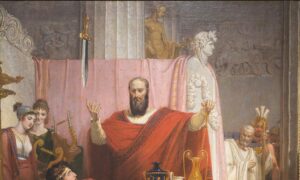 Arts & TraditionBy Eric Bess
The Grass Is Not Always Greener: ‘The Sword of Damocles’
09-26-2021
sharecomments 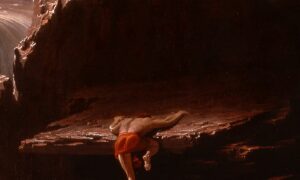 Arts & TraditionBy Eric Bess
A Journey of True Love: ‘Sadak in Search of the Waters of Oblivion’
09-11-2021
sharecomments