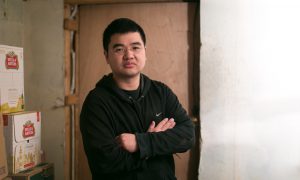 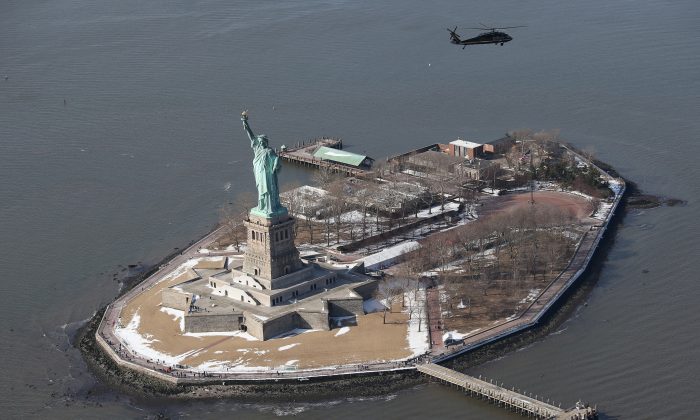 Amid the uproar about refugees and migrants trying to make their way to the U.K., it’s easy to forget that the British Isles also have a long history of outward migration. The British diaspora has had a profound influence on countries around the globe, from the United States to New Zealand, and beyond.

Understanding how these migrants made their homes and shaped their surroundings can add some much-needed context to the debates we have about migration today—whether we’re talking about international students, economic migrants, or refugees who are fleeing conflict.

Initially, the United States attracted a large number of immigrant agriculturalists, most of whom were farmers who wanted to escape the agricultural depression in Britain. But once the American Civil War had ended, migrants began to pursue industrial and urban opportunities. From the mid-19th century, most migrants from England and Scotland who made their way to North America settled in the industrial north-east.

Compared to migrant groups from elsewhere in Europe, British migrants were relatively highly-skilled, especially in certain up and coming industries in the United States, such as textile or steel. British migrants undoubtedly were a great boon to American cities and these industries. New York State’s early industries, especially iron, showcased the skills of English workers and the technical know-how of foremen or overseers, who brought valuable experience from working in factories back home.

Meanwhile, in New York City, immigrant workers from the British Isles were breaking into the printing industry. The textile industries of New York, Massachusetts, and Pennsylvania relied heavily on them too, and both English and Scottish workers also prospered in metallurgical trades.

But skills weren’t the only thing that the British diaspora contributed to: it also brought with it a particular set of beliefs and traditions. Urban growth facilitated the integration of the old British “homeland” culture into the relatively new American society. For example, English migrants played a major role in the establishment of trade unionism in the United States, leaving an indelible mark on the nation’s working world: the American Federation of Labor was co-founded, and then presided over for many years, by Englishman Samuel Gompers.

British migrants to North America also established a number of ethnic clubs and societies, which historically fulfilled a wide range of civic roles. Ethnic associations, such as the St. Andrew’s or St. George’s societies, were a key means for migrants to link up with other members of the diaspora. They provided opportunities to form bonds of friendship, business, and even marriage. Before social media, they provided some of the most effective networks.

Of course, not all migrants choose to join an ethnic association. But the reach of these organizations was wider than traditional studies suggest. This is because ethnic associations are not simply about celebrating a group’s culture or reminiscing about the past—although they did do that too, with traditional dinners and other festivities, which continue to this day.

Out of the Shadows: An Asian Immigrant Activist Steps Forward to Help His Community Seize New Opportunities

Rather, the activities of both local Scottish and English groups centered on philanthropy: the aim of associations such as the New York St. George’s Society was to aid fellow countrymen in distress. This focus was particularly important, because it filled gaps in service provisions for many migrants.

Members of these societies were generally well off, and could afford to contribute to charitable causes for those who were less fortunate. The provision of meal tickets, small payments in cash or help with finding employment were all part of the society’s activities.

In New York, the societies of the English and Scots—together with those of other immigrant groups like the Irish or the Germans—were considered so important that they were involved with the city government’s charity and immigration boards responsible for managing migration to the city.

As remains the case today, health was a critical concern for British migrants. In the absence of state-supported systems, many immigrant groups took it upon themselves to cater for their countrymen. This also brought out differences between migrants from middle class and working class backgrounds. While middle class migrants were often active in these kinds of groups—pursuing philanthropy because they believed in giving back—working class migrants were often unable to cover the required membership fees. What they were looking for was a way to help themselves. As a result, migrants from different class backgrounds developed a tradition of mutual benefit.

Groups like the Canadian Sons of England were established to provide a means for English workers to pay a part of their salary into an insurance-type scheme, which would pay money out in cases of illness or death. Such provisions were necessary because there was little support from the state. This demonstrates how gaps in provisions for migrants are often met with informal, community-based solutions. As the recent World Migration Report noted, this is still the case today.

From these historical examples, we can see that many of the challenges around urban migration have been around for a good while. But they also show that migrants have long been city-makers; adept at shaping their environments, looking after others in their communities and contributing to the civic life of the cities they move to. If we only let them, contemporary migrants can also be resourceful partners in urban governance and agents of local development—just as migrants from the British Isles have been in the past.

Tanja Bueltmann is a reader in history at the Northumbria University, Newcastle, U.K. This article was previously published on TheConversation.com