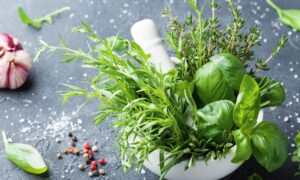 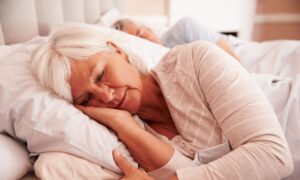 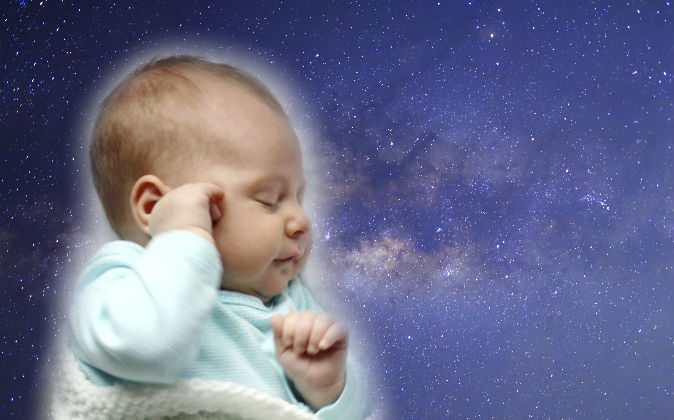 The Best Sleeping Position for Babies

Should you turn your baby back over if he rolls onto his stomach during sleep?
By Rosemary Horne
Print

The safest place for babies to sleep is in their own cot in the same room as their parents or caregivers. Evidence says babies should always be placed on their back to sleep, never on their side or stomach.

Sudden unexpected deaths in infancy—referring to all cases of sudden infant death syndrome and fatal sleeping accidents—have fallen by 80 percent since the introduction of safe sleeping campaigns in the 1990s.

There’s conclusive evidence from many countries that placing sleeping babies on their stomachs (prone sleeping) significantly increases the risk of sudden unexpected death. Studies have also identified the side sleeping position as unstable, and many infants are found on their tummies after being placed to sleep on their side. Babies who have been born preterm are at increased risk of sudden death.

The position we sleep in dictates how easily and how often we’ll be woken up during sleep. Arousal from sleep is a physiological protective mechanism that is widely believed to be deficient in infants who succumb to sudden and unexpected death.

Studies of babies have shown placing a baby on its stomach not only makes it much more difficult to rouse the baby from sleep, but also lowers blood pressure and the amount of oxygen available to the brain. Parents sometimes place their baby on his stomach as the baby “sleeps better this way.” This is because the baby won’t wake up as frequently in this position.

Some parents are concerned that placing baby on his back will increase the risk of choking during sleep. But a careful study of the baby airway has shown babies who sleep on their backs are less likely to choke on vomit than those placed on their stomachs.

When a baby is on its back, the upper respiratory airway is above the esophagus (digestive tract). So regurgitated milk ascending the esophagus is readily swallowed again and doesn’t go down the respiratory tract. When the baby is placed on the stomach, the esophagus sits above the baby’s upper airway. If the baby regurgitates or vomits milk, it’s relatively easy for the milk or fluid to be inhaled into the airway and lungs.

What if a Baby Rolls Over During Sleep?

So, if your baby rolls onto her stomach during sleep, should you turn her back over? If she can roll back over by herself, then there’s no need, but if she can’t, then you should turn her onto her back.

Babies start to learn to roll over from back to front as early as four months. It may take her until she’s about five or six months old to be able to roll from tummy to back, because she needs stronger neck and arm muscles to accomplish this.

Babies should always be put down to sleep on their back. But once your baby can roll from back to front and back again on her own, she can be left to find the position she prefers to sleep in (this is usually around five to six months). If babies cannot yet roll from front to back, then they should be turned onto their backs if parents find them asleep on their stomach.

Devices such as wedges and positioners, which are promoted as keeping babies from rolling over, should never be used, as they can be a suffocation hazard.

If you wrap or swaddle your baby for sleep, this needs to be adjusted for the age of the baby. Babies under 2 or 3 months may have their arms included in the wrap to reduce the effects of the Moro or “startle” reflex, which causes babies to feel unsupported and as though they’re falling.

Babies older than 3 months can have their lower body wrapped but with their arms free. This allows the baby access to their hands and fingers, which promotes self-soothing while still reducing the risk of the baby turning onto the tummy.

The startle reflex should disappear by the time the baby is 4 to 5 months, so there’s less need for wrapping. Wrapping and swaddling should be discontinued as soon as the baby shows the first signs of rolling over. Wrapped or swaddled babies should never be placed on their tummy to sleep.

A wide range of infant care products designed as infant swaddles, wraps, and wearable blankets have proliferated on the market. There’s very limited evidence that these products promote infant settling or keep babies on their back, and no evidence that they reduce the risk of sudden death.

But there is some evidence a properly fitting infant sleeping bag may protect against sudden death. This is possible because they delay the baby rolling onto their tummy and eliminate the need for bedding in the cot.

Rosemary Horne is an associate professor and deputy director at The Ritchie Centre at Monash University in Australia. This article was originally published on The Conversation.