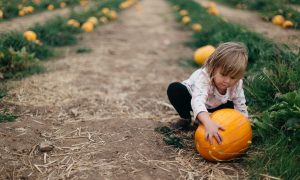 Fall Is for Family: 7 Weekend Ideas for Enjoying the Season
0 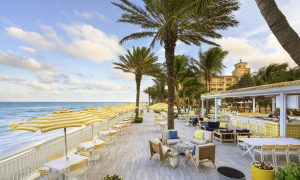 This Fall, Trade Leaf Peeping for Relaxing Among Palm Trees
0 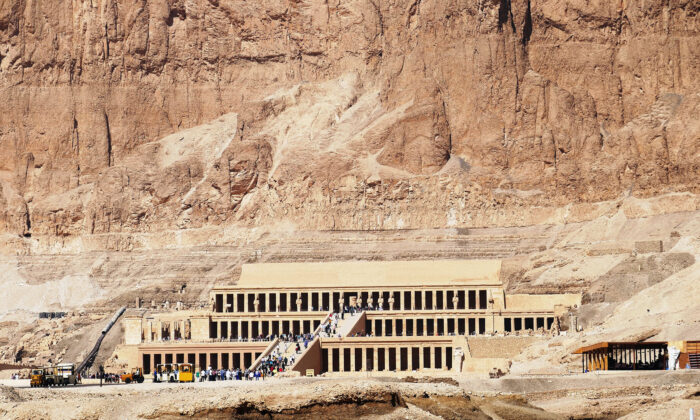 Hatshepsut, the second female pharaoh in Egypt, decided to build a funerary temple in Luxor instead of a tomb. (Courtesy of Phil Allen)
Destinations

The Ancient World Is Alive in Luxor

Luxor, Egypt, bills itself as the world’s greatest open-air museum, and everything my husband and I saw during our visit supported this claim. The temples and tombs date back to the heyday of early architecture, about 2755 B.C., and more monuments remain here than anywhere else in the world.

Originally called Thebes, the city was once Egypt’s capital.

We first visited the Luxor Museum to get an idea about what we would be seeing. It was a stop worth making because we saw relics and statuary from this historic place, as well as mummies of some pharaohs and items from the tomb of King Tutankhamun.

Not far away was Luxor Temple, and here our guide, Sameh Samir, gave us a valuable lesson about how a temple is laid out. It turns out that once you understand one, you can navigate them all.

They all face the Nile, and the approach is often by way of a path past rows of sphinxes that protect the door. The large facade is called the pylon. Two huge towers represent hills with a lower horizon between them. A statue of the ruler at the time of its buildings is often outside, and flags fly overhead. Next, comes the inner courtyard, whose walls are adorned by images of the pharaoh in battle. This is the only place where ordinary people were allowed and then just on festival days.

Otherwise, the pharaoh, the highest priest on earth, was the sole person who could go inside to commune with the gods.

Following that is the hypostyle hall. Meaning “under pillars,” this was an architectural device to cover a large space without using arches. Last is the holy of holies, the habitat of the deities, and outside is the sacred lake, a body of water used for rituals and homes for sacred animals.

Once inside this oldest temple in Egypt, we tried out our newfound knowledge and found that it was all just as Samir had said it would be. Built in about 1400 B.C. by Amenhotep III, it was enlarged upon by subsequent rulers who included Tutankhamun, Ramses II, and Alexander the Great.

We were eager to move on to nearby Karnak Temple, the largest remaining religious site from the ancient world, and we weren’t disappointed. Its name means “fortress,” and the temple ruins stretch for a mile. The hypostyle was the most magnificent we had seen. It contains 134 columns, many made to resemble a bundle of papyrus reeds since that grows prolifically in the nearby marshes. The columns are so massive that it takes 12 people stretching out their arms to surround one of them, and 100 people could stand on the capitals at their tops. Each is richly carved with pictures and hieroglyphic writing. We commented to one another that it seemed as if we were in an enchanted petrified forest.

Outside several archaeological digs were underway, and we saw some of the recently uncovered cache of 18,000 buried statues that had been hidden for 900 years.

“Karnak hasn’t given up all of its secrets yet,” Samir said.

Throughout Egypt, temples are on the east side of the Nile to remain safe during flooding and tombs are on the west, thought to be the land of the dead because the sun sets there. That being the case, directly across the river and farther back into the desert is Hatshepsut’s mortuary temple. She was the second—and probably most successful—female pharaoh, but her life didn’t lack for drama. Her stepson, Thutmose III, would have been the next pharaoh when his father died, but since he was too young to rule she took over. When he became pharaoh after her death he did everything in his power to erase her legacy. Most of her images in the temple have been destroyed. At the very least, her nose is gone, signifying that she could no longer breathe.

One of the highlights of the trip was the Valley of the Kings. Most of the tombs have been emptied by grave-robbers, but the artwork—never exposed to sunlight and for many years packed beneath sand—remains intact. For its continued preservation, glass now covers some parts, and only 10 of the 63 kings’ tombs are open at any given time.

We were able to visit King Tutankhamun’s tomb, discovered by Howard Carter in 1922, and the experience was overwhelming. His mummified body is on display, and the paintings and colors in the tomb are spectacular. These burial sites are actually like small underground apartments, with tunnels going off in various directions to house secondary wives and children.

In the Valley of the Queens, it was the tomb of Queen Nefertari, wife of Ramses II, that took our breath away. It consists of many rooms constructed on two levels with walls completely covered in vibrantly colored paintings and sparkling golden stars across the night-sky ceiling. The tombs in the Valley of the Nobles are also brilliantly decorated, and in the Valley of the Workers, the artisans saved some of their best work for their own resting places.

Back in town, we made a stop at the Nefertari Papyrus Institute to see and purchase some of the work Egyptian artists have done on the substrate that is unique to their country. The best part was watching the demonstration of how the stems are stripped, soaked in water, and pressed together to create a writing surface.

Suddenly, the symbolism of all of the papyrus-shaped stone pillars we had seen became completely clear.

In order to see and learn about everything that Egypt has to offer, a guide is an absolute must. Google “tours of Egypt” and you’ll find many at several different price points. We decided on Smithsonian Journeys and recommend them highly: SmithsonianJourneys.org