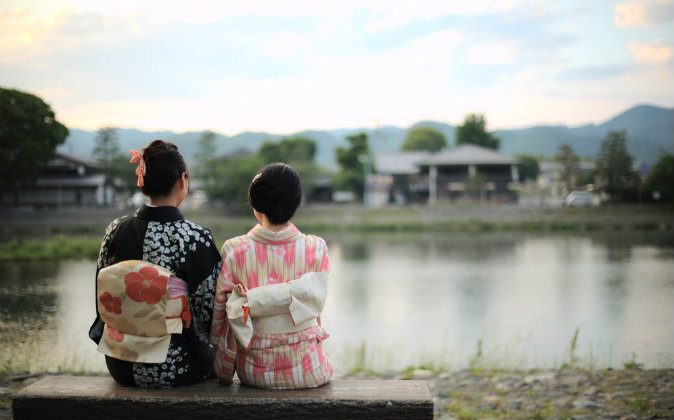 A file photo of a Japanese couple. (Shutterstock*)
Alternative Health

Japan is known for having its fair share of unique and unusual ancient shrines and associated festivals. The Japanese call them “kisai” (“strange festivals”). Within this category of the kisai, we find the Kunigami Shrine in Tochigi Prefecture. The ancient temple is dedicated to curing the condition of hemorrhoids through a series of rituals conducted at a ‘holy egg.’ This year’s festival saw at least 70 people in attendance, who carried out the ritual in the hope of curing or preventing the rather inconvenient ailment.

According to ancient Japanese tradition, anyone who visits the shrine and carries out the complete ritual will be cured of the condition of hemorrhoids. The ritual involves first bathing naked in a local river, which is considered holy. The sufferer then needs to visit the Kunigami shrine where an altar with a holy egg stands. They must crouch down in front of the altar, pointing their backside towards the egg while saying a special prayer. They then must consume a meal of boiled eggs at a nearby temple.

“In the modern world in which we live, it is not acceptable for people to be showing off their rear ends whilst public bathing in an open river but we believe that it is fine if the essence of the ritual is still maintained,” said temple priest Osamu Hayakawa.

“We perform a short service and afterwards individuals come and have to point their rear end at the holy egg and say a special player. The devout will find that the trip to the Karube Shrine will have the desired effect.”

Those not suffering from hemorrhoids can also take part, with the belief they will then never suffer from the condition in later life.

There is little information available regarding the origins and history of the shrine and the traditions and rituals practiced there. The temple fell into disrepair in the 1980s but has recently been refurbished and reopened and has since seen a boom in popularity.

Every year, a special holy day is staged at the Kunigami Shrine, when visitors can turn up in the hope of receiving a cure for their condition.

The resurgence in popularity at the shrine is thought to be due to an increasing number of people suffering from hemorrhoids.

*Image of a Japanese couple via Shutterstock