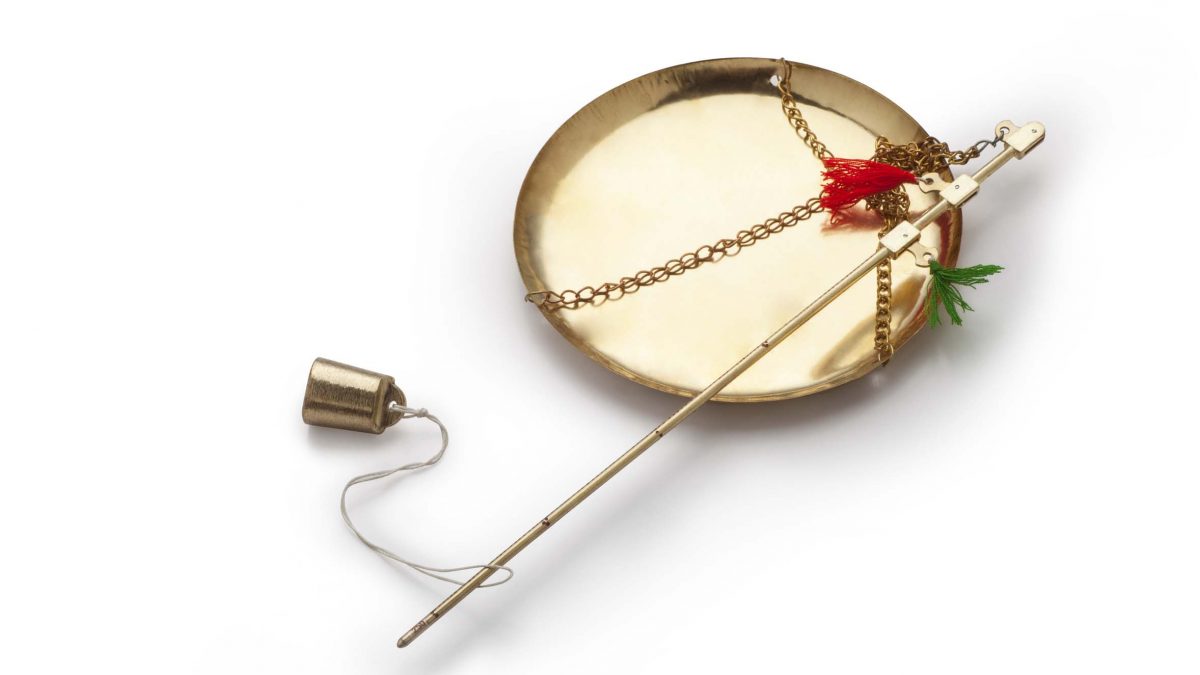 It is said that every mark of the scale on a traditional Chinese 16-liang weighing balance represents a constellation. The marks represent the Plough or the Big Dipper, the Southern Dipper, and the deities of Fortune, Prosperity, and Longevity.

The colour of the marks must be white or yellow. Black must not be used, as a businessperson is required to be pure and kind.

The following are two stories about ancient Chinese weighing scales.

There was a grocer in Yangzhou during the Ming Dynasty who had a son and two grandchildren. The family was quite well-to-do. When the grocer was on his deathbed, he showed a weighing scale to his son and said: “This is the secret of my success. I had mercury inserted in the measuring arm of the beam and cheated all my customers on the weight. That’s how I’ve accumulated so much wealth. You must make the best out of the balance scale.”

It was a shock for the son. Never had he dreamt that his father would compromise his integrity. He burnt the beam balance after his father’s death.

To atone for his father’s sins, he did his best to help the poor and do charity work. In less than three years, more than half of his family fortune was gone. He had no complaints.

However, his two sons died one after another at a tender age. He was devastated. Unable to figure out the reason for his misfortune, he blamed Providence and felt he had been short-changed, as his kindness was not rewarded.

One day, he dreamt that the judge in the netherworld explained the situation to him. The judge said: “Your father’s success in acquiring wealth was the outcome of the charity work he did in his previous life. How much money a person has is all predestined. The beam with mercury in it did not help to make him a rich man. In fact, having cheated his customers out of their money through dishonest means, he had sinned. He is suffering in the netherworld now.

“His sins also have an impact on you. Your two sons were actually sent by Heaven to bleed you dry. You will earn meagre sums, and your life is to be shortened, too.

“Your father thought he could ensure a good life for his children and grandchildren by leaving all his money to them. Little did he know that his son would be short-lived, and his grandsons would squander the family fortune.

“But you have a heart of gold, and you’ve been doing good deeds to atone for your father’s sins. I’m here upon the order of the God of Heaven to take back your two undutiful sons. You’ll soon have a dutiful son to bring honour to your family. Your life has also been prolonged. Continue to do good, and do not blame Heaven or Providence for being unfair to you.”

The balance scale was invented with great thoughts in mind. It is more than just a weighing device. It also serves as a reminder to businessmen not to cheat their patrons on the weight, or they will actually be doing harm to themselves. It is able to distinguish a person of integrity from others.

‘When you are honest, you suffer no loss’

“Stories to Awaken the World”, a book written by Feng Menglong and published in 1627, states: “When you are mean, you make no money. When you are honest, you suffer no loss.”

In the early years of the Republic of China, there were two rice shops, Yong Chang and Feng Yu. The boss of Feng Yu decided to make use of the chaotic situation to make some money. He invited a balance scale maker to his place and spoke to him in private. “Please make me a balance scale that is 15.5 liang instead of the normal 16 liang. I’ll pay you an extra string of money.”

His newlywed daughter-in-law overheard him. She thought for a while. After her father-in-law walked away, she said to the balance scale maker: “My father-in-law is getting senile. He made a mistake. Please make a balance scale that is 16.5 liang instead of the usual 16 liang. I’ll pay you two extra strings of money. But you must keep it from my father-in-law.”

The 16.5-liang balance scale was made in no time. The scale maker kept his promise to the daughter-in-law and did not tell the boss the true weight of the scale. The boss trusted the scale maker’s skills and started using the scale that very day.

After some time, Feng Yu’s business began to prosper. Even the patrons of Yong Chang started to buy from Feng Yu. Time went by, and even people who lived far away would come all the way to Feng Yu to buy rice. Feng Yu was making a lot of money by the end of the year. Eventually, Yong Chang sold its business to Feng Yu.

On the last day of the lunar year, it was time for a reunion dinner. The boss was really pleased and threw a question at everyone. “What do you think is the secret of our success?” It sparked a discussion.

The boss chuckled. “The answer lies in the balance scale. It’s actually a 15.5-liang balance scale. For every catty of rice sold, I saved half a liang. That’s how we became rich.” He told his family how he had bribed the scale maker.

His newlywed daughter-in-law slowly got up from her seat. She said to the boss, “There’s something I must tell you, Father-in-law. But please promise you’ll forgive me.” The boss agreed, and the daughter-in-law went on to tell him how the balance scale had become 16.5 liang.

She said: “You were right, Father-in-law. Indeed, credit should go to the scale for our newfound wealth. But on our balance scale, one catty is not 16, but always 16.5 liang. It may seem we’re making less for every catty sold, but bigger sales mean bigger profits. It was our honesty and integrity that brought us wealth.”

The boss did not believe her, but weighing the scale showed that it was indeed 16.5 liang per catty. The boss was dumbfounded. He went into his room without saying a word.

The next day was the first day of the Lunar New Year. The boss gathered everyone and said: “I’m getting old. After contemplating, I’ve decided to hand the business over to my new daughter-in-law. She’s in charge from now on.” 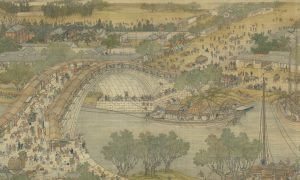 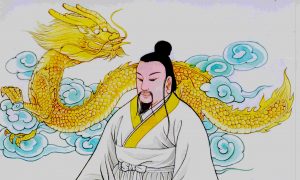 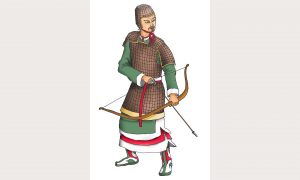