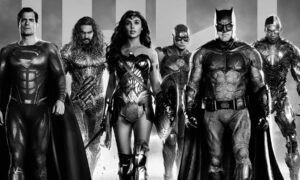 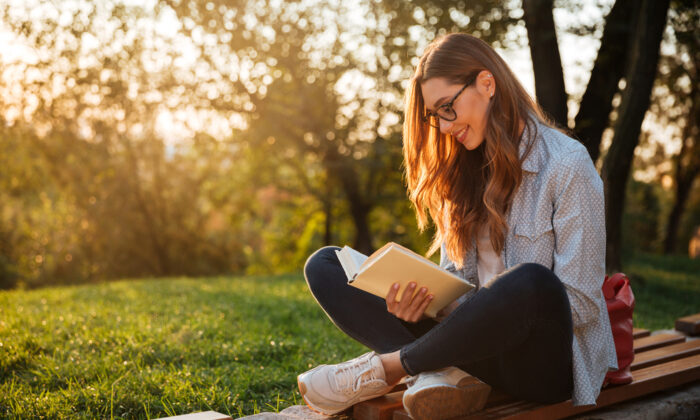 The Academic Abuse of Quantity Over Quality

One of the most profound problems in the field of education is that it has become too superficial.

With efficiency preoccupations to “cover” as many “core” subjects as possible and equip young minds with the data of a rapidly-changing, money-driven world, skimming the surface of things through fast-moving textbooks, condensed texts, abridged works, PowerPoints interfaces, and soundbites has become something of an epidemic. The mentality has become more about sailing through the mandated material, checking the boxes, imparting the facts, and getting the grade to make the grade—teaching primarily to the test, rather than to the truth. Gone are the attitudes of the philosophical Athenian Academy, where learning was leisurely and lingered over to allow the mind to steep in goodness, truth, and beauty.

This fast-food, career-oriented approach is often packaged as striving for a more traditional model of learning, often called classical education, even though this approach is far from classical. Such schools pack a catalog of very grand material into a very narrow calendar, applying these courses to students who are unprepared to appreciate them—especially in the time period allotted. Though always well-intentioned, it’s rarely effective to foist too much on too young of a mind too quickly. Not only is it ineffective: It’s inappropriate. One might even call it, to put it in strong terms, a type of academic abuse that might destroy the appetite and aptitude for study.

The Leisure of Learning

I have had the privilege of teaching classical literature for 20 years. Despite what might be imagined, I don’t move through the material more quickly with each passing year because I know it so well and am, therefore, able to cover more and more ground and more and more works. It’s quite the opposite—I move more slowly. Every year I find that I have more to say, more to teach, and more to share about these texts so dear to me now—these old friends I have made—and every year I relish introducing them properly to a new group of minds and hearts. And a proper introduction takes time.

I also become a better teacher every year, and I have come to believe that reading and teaching a great work is an art best taught at a natural, comfortable pace. School, after all, is rooted etymologically in the word for and the idea of leisure. Reading and study that is rigorous doesn’t have the same life or foster the same love as reading and study that’s leisurely.

Rushing through a work doesn’t impart a sense of that work. It’s the difference between the experience of a footpath and an interstate highway. It’s better to arrange for the intimate, positive, and even powerful experience of a single great text rather than a passing, lukewarm, and rushed overview of several. Taking the time required to do something well is well worth it, and it’s the classical mode of education.

As the late University of Kansas professor John Senior wrote in his book “The Death of Christian Culture”:

In this passage, Senior applies a sharp critique against those educational models that launch into the deep waters of academia before their students are equipped to do so with any efficiency, let alone enjoyment. They’re not hard to find: reading lists, curricula, and AP courses that take on timeless works in less time than they warrant in order to cover as much ground as possible.

Classical education, on the other hand, should never be about cramming. An introduction to the great works at a young age is one thing, but well-meaning classical inculcation is quite another. Classical education goes beyond curriculum. It also implies a traditional approach in education that’s proportionate and appropriate to the age-old human realities of teaching and learning.

Attempting to do too much in too short a time fails to take that proportion and that propriety into account. It’s a pedagogy that conflates quantity with quality, which isn’t a sound pedagogical principle simply because it can’t help but do injustice to works—and students—that deserve better. The rigors required in flying through works of great length and substance can never be calculated to provide a meaningful experience from studying those texts so hastily.

A large part of the current problem obtruding into classical education is the prevalent desire, even pressure, to make education a measurable quantity, with the mentality that more is better. One of the signs of this in mainstream educational models is the exaggerated importance given to the arts of mathematics over the arts of the muses. The prevalent emphasis laid on mathematics and empirical sciences in many curricula is curious, however, since there is no essential reason for its preference over more philosophic or poetic disciplines—subjects that call for meditation rather than mechanical problem solving, which is precisely the rub when the modern concern for measurable goals is applied to the traditional humanities.

Is a school’s merit ever judged according to its literature program instead of its STEM program? Generally speaking, no—but why not? There are some societal trends that dictate the preoccupation with measurable and manipulative objectives, given that many fortunes are earned through engineering and technical fields. Because of this, the precise and material have overridden the imprecise and immaterial in a battle that should be balanced in education, with each side given the space and time to settle into minds and imaginations awakening to formation.

Some things are simply not measurable, and those things are often of immeasurable value. Though reactions to the utilitarian insipidity that dominates modern curricula are important, it’s equally important not to overreact. A return to the classics is necessary. A revival of studying the great works is needed. But when the strategy for that return and revival is interpreted as pounding through as much excellent material as is possible—or impossible, in some cases—there’s a pendulum swing into an opposite extreme of error.

Less can be more, if done well, and “cover-all-the-bases” learning can very quickly become the opposite of learning if done poorly. Again from Senior: “At Princeton … the students in the four-year college normally took five courses per year; the exceptionally bright ones were permitted to take four, on the grounds that for them it was really worthwhile to go slow.” Though not keeping with the current “fast-track” mentality, doesn’t this notion ring true on a human level?

Who actually reads “The Iliad,” “The Odyssey,” “The Oresteia,” and “The Aeneid,” as well as a little Sophocles, Plato, and Dante on the side in the span of a few short weeks? Or, if they do—unless they are of remarkable intelligence and discipline—who is able to read them meaningfully? These are works to be meditated over, to be studied and savored–not stuffed. They need space and time to proclaim themselves and sink into the mind, especially upon first contact. Flying pell-mell through the best that has been thought and said can be damaging and runs the terrible risk of making the experience burdensome or irksome to a young mind.

What lies in the balance of teaching the classical works of Western Civilization is whether their experience is a slog or a joy. Any undertaking that’s challenging and hurried tends to be overbearing and unpleasant. The great books are great because they are challenging and, in approaching them, students must be given time to encounter and engage them: to enter into their world, to learn their language, and to discover their secrets. Education that moves through a classical curriculum as though it were crossing items off a list isn’t allowing the curriculum to form and inform students. Such overfilled, marathonic educational programs are too aggressive—even abusive—for they make reading difficult material simply difficult instead of difficult yet delightful, and rattle young learners away from the love of learning.

Sean Fitzpatrick serves on the faculty of Gregory the Great Academy, a boarding school in Elmhurst, Pa., where he teaches humanities. His writings on education, literature, and culture have appeared in a number of journals, including Crisis Magazine, Catholic Exchange, and the Imaginative Conservative.