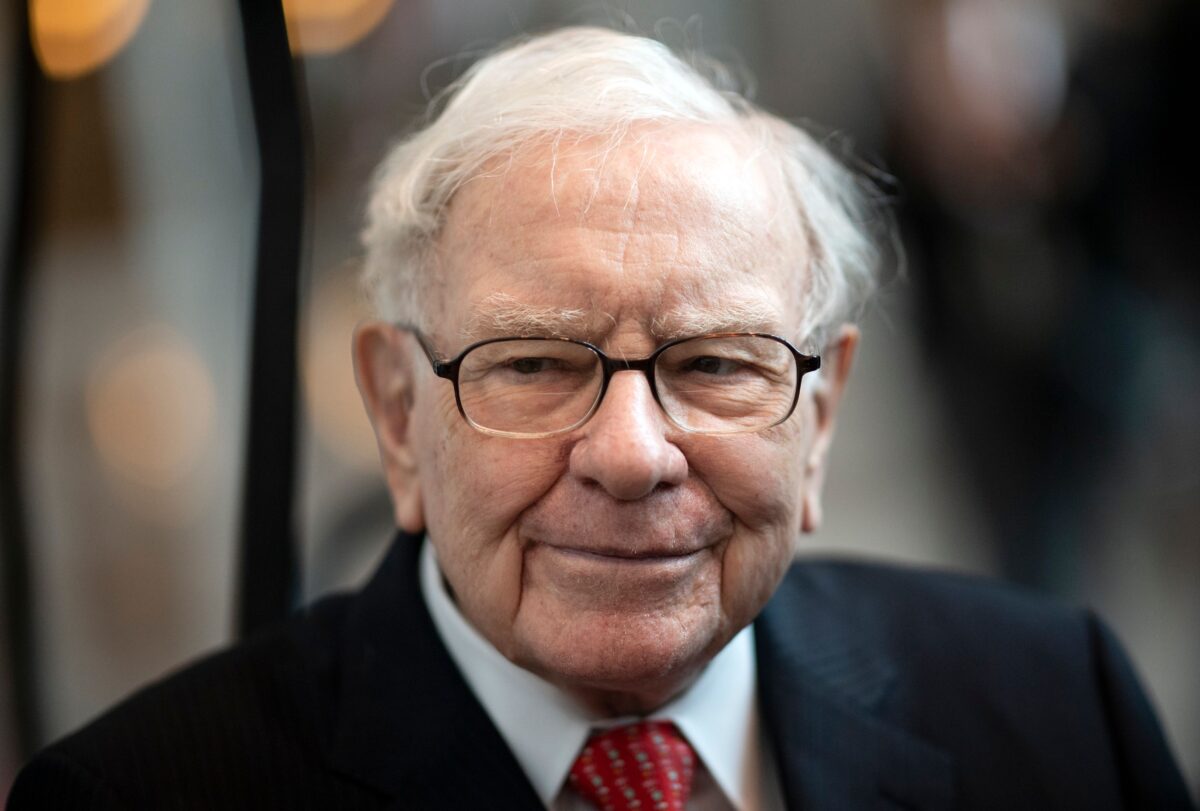 Personally, I’m picky when it comes to receiving advice. For example, even if you’re my best friend or family member who I respect, I wouldn’t turn to you if I needed a root canal or engine replacement. Of course, if you were a dentist or mechanic, that would be a different story.

The same is true when it comes to money. Why would I take financial advice from someone who lives above their mean, lost money on their investments, or doesn’t have a retirement plan?

However, there is one individual who I think we should all feel comfortable listening to when it comes to personal finance. And, that’s the Oracle of Omaha himself, Warren Buffett. Specifically, when t comes to his number one money-saving tip for retirees, the 90/10 rule.

As one of the world’s most successful and well-known stock market investors, here’s Buffett’s advice for those who want to maximize their retirement savings.

“Consistently buy an S&P 500 low-cost index fund,” he told CNBC’s On The Money back in 2017. “I think it’s the thing that makes the most sense practically all of the time.”

Despite market fluctuations, he also advised staying the course. “Keep buying it through thick and thin, and especially through thin,” Buffett added.

But, let’s go back to 2014 when the chairman and CEO of Berkshire Hathaway described his indexed approach to investing known as the 90/10 Rule.

“My advice to the trustee could not be more simple: Put 10 percent of the cash in short-term government bonds and 90 percent in a very low-cost S&P 500 index fund (I suggest Vanguard‘s), Buffett stated in a 2014 letter to his shareholders. “I believe the trust’s long-term results from this policy will be superior to those attained by most investors—whether pension funds, institutions, or individuals—who employ high-fee managers.”

It may be hard to understand Buffett’s investment recommendation if you aren’t as experienced as he is. In order to fully grasp this, you must first know what an index fund is.

Buffett proposes an index fund that tracks the performance of the S&P 500, which represents the 500 largest American companies publicly traded. As long as it rises, the index fund does as well. According to Buffet, 90 percent of your retirement funds should be invested in stock-based index funds.

What about the other 10 percent? Buffett recommends short-term government bonds. Bonds like these finance government projects. In comparison with other investments, they are relatively low-risk and pay low-interest rates.

Additionally, this type of short-term investment has a maturation of fewer than five years. Bonds can help reduce overall investment risks and provide diversification in your portfolio. Aside from offering stable dividends, interest payments, and capital safety, they also offer stable dividends and interest payments. Furthermore, bonds can be more liquid as regular income is provided.

Variations to the 90/10 Strategy

“Like most investment philosophies, the 90/10 rule isn’t hard-and-fast,” says Leanna Kelly for Investment U. “In fact, Buffett himself recommends investing for risk tolerance and age.”

Because of this, the 90/10 rule may vary as much as 70/30. “As a rule of thumb, 90/10 is ideal for investors who want to take their investing journey one year at a time,” adds Leanna. At the same time, 70/30 splitters tend to have shorter time horizons, so they can’t invest as much into stocks.

“There are also nuances in how to invest your money,” she says. For example, the S&P 500 is not the only index available. Investors who want to take on a little more risk may choose an index like the Russell 2000 and offset their risk with T-Notes and high-grade corporate bonds.

Overall, it’s possible to customize a 90/10 (or similar) strategy based on your level of risk tolerance.

Here is a breakdown of recommended retirement savings by age. We put together a few posts, here is how to retire at 55.

You should also steer clear of high-fee managers because their fees can eat into your profits and render them meaningless. Additionally, regular investments can result in a lot of fees that can quickly add up. Even a small percentage can generate substantial amounts of money in the long run.

Think about someone who is 25 years old and has a retirement account with a balance of $25,000. Each year, they add $10,000 to their investments and are earning a seven percent rate of return with the goal to retire in 40 years. The fee will cost them nearly $600,000 over the course of 40 years, assuming they pay one percent in fees.

This person could retire nearly $340,000 richer if they invested in lower-cost funds like Buffett suggests, saving almost $200,000 in charges.

Among the weaknesses of Buffett’s investment strategy are:

Do You Fit Buffett’s Strategy?

Investing markets are out of your control. You do, however, have control over the fees you pay. In many cases, higher fees don’t necessarily translate into better returns, so if you’re selecting investments for your 401(k) or another retirement account, look for low-fee index funds.

As a general rule of thumb, you should ask about the fees charged by your financial advisor. You might be paying too much if your fees exceed one percent. As with any other purchase, evaluate what you’re getting for your money.

Ultimately, paying higher fees makes sense more often when your financial situation is complex. If you have a relatively low account balance in your early years, you may want to consider a robo-advisor.

2. What About the Risks of Investing in Index Funds?

Buffett’s approach is not without critics. Investing in index funds is creating a bubble, said Michael Burry, a protagonist in Michael Lewis’ The Big Short book and movie.

Burry explained: “Like most bubbles, the longer it goes on, the worse the crash will be.” He emphasized that “the dirty secret of passive index funds—whether open-end, closed-end, or ETF—is the distribution of daily dollar value traded among the securities within the indexes they mimic.”

Basically, Burry thinks the influx of cash into index funds has caused stock prices to become distorted, just like sub-prime mortgages in the early 2000s.

“It is likely that some investors will be concerned by these warnings coming from a man who predicted the subprime mortgage bubble that led to the meltdown of the market in 2008 and 2009,” states Keith Speights for the Motley Fool.

“Is Burry right and Buffett wrong?” he asks. “I don’t think so.”

Despite their growing popularity, a relatively small percentage of stocks are held by index funds (mutual funds or exchange-traded funds). There is a possibility that the stock market will decline, but it won’t be due to an index fund bubble.

Buffett, however, is a long-term investor, and he has always been. According to his argument, money invested in an S&P 500 index fund is a bet on America over the long run. Buffett himself stated that the American economic system “has unleashed human potential as no other system has, and it will continue to do so.”

3. What Are Some Other Investment Tips from Warren Buffett?

Following are a few Warren Buffett quotes that can be applied along with the 90/10 rule across a wide range of situations and help investors attain financial freedom and enjoy a comfortable retirement:

Financial advisers may not always follow that rule. After all, there will be downturns. And nobody can beat the market every time, not even Buffet. But, when do you know it’s time to get a new advisor?

Two red flags would be if you’ve experienced losses or you’re constantly underperforming the market. In addition, you should consider whether your adviser invested in accordance with your expectations and goals.