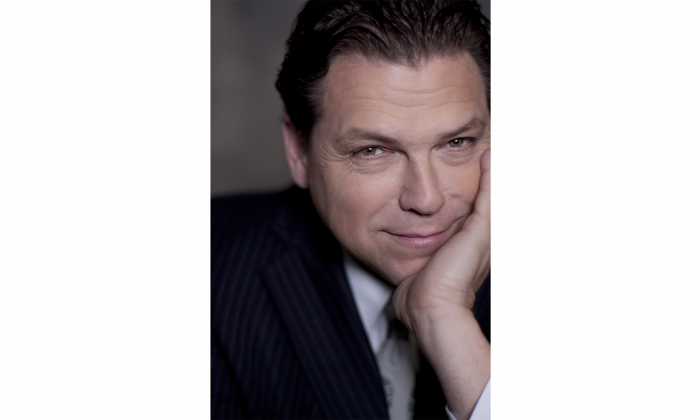 TORONTO—Canadian tenor Michael Schade is a man of many hats. The German-born singer has performed a rich repertoire of operas, recitals, concerts, and recordings and has sung on some of the most prestigious stages in the world.

He is also the artistic director of the Melk Baroque Days, a renowned Baroque festival in Austria, alongside balancing a busy family life as the father of eight.

Schade turns 50 on Jan. 23, marking more than two decades onstage. The day after, Schade reprises his role of Don Ottavio in the Canadian Opera Company’s production of Mozart’s popular opera “Don Giovanni.” The opera portrays the arrogant antics of Don Giovanni, a man who defies moral and social conventions in pursuit of his own selfish desires.

Schade, who first performed the role of Don Ottavio—Don Giovanni’s betrayed friend—18 years ago at the Vienna State Opera, returns to the part with both familiarity and enthusiasm.

“Mozart’s music is a bottomless well,” he explains.” There is no such thing as ‘I’ve done it before and this is how I’m going to do it.’ … Every single night it’s always amazing to see how much more you can get out of a piece like that.

“It is like a great Shakespearian drama—there’s no end to the genius of it, so you cannot get bored with it.”

Schade is considered to be one of the finest Mozart tenors today, something he feels fortunate about. In addition to having a particular colour to one’s voice, Schade believes that to sing Mozart’s music, one also needs to have certain attributes.

“I think that you have to have a commitment to beautiful sound and a very natural sound. It’s never pushed, it’s never about how loud you can sing; it’s mostly about how truthfully you can touch people’s hearts,” he says.

In his view, it is this sincerity that makes Mozart’s music so enduring.

“I think it has something to do with expressing in music the truth of life. Mozart didn’t write to impress. Mozart wrote because he had to write a certain way,” he says.

Schade feels it is the duty of singers to share this music with audiences.

“God gives very few people that sort of genius. It is our job to make sure that that is passed on.”

An Opera of Retribution

For Schade, the enduring quality of Mozart’s opera can be attributed to a couple of important factors.

Dramatically, he finds the opera to be very powerful: “I think because there’s so much more below the surface.”

“People [think of] Casanovas or Giovannis as somebody who breaks all the bounds, but [Don Giovanni] is an incredible drama of retribution and a terrible drama of complete accountability at the very end,” he says.

On the other hand, the tenor feels admiration for his character of Don Ottavio and his willingness to stand up for good principles. “I’d like to think that I’ve as good a soul as Don Ottavio,” he says.