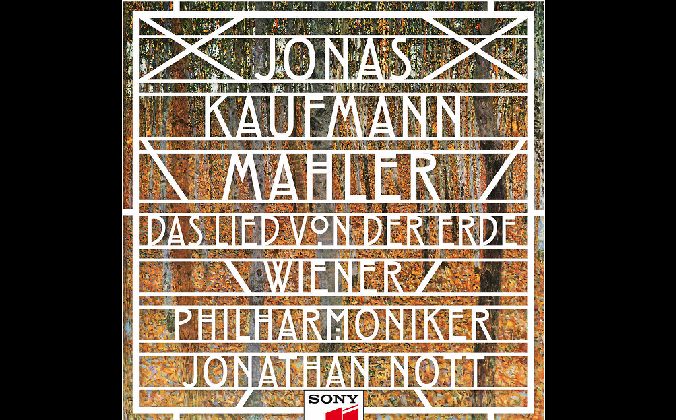 Gustav Mahler wrote “Das Lied von der Erde” (“The Song of the Earth”) in 1908-9 as an orchestral setting of six songs adapted from ancient Chinese poems. The Austrian composer intended the vocal parts to be taken by a tenor and mezzo-soprano (or tenor and baritone), alternating throughout the hour-long piece.

Dozens of distinguished artists have teamed up for recordings over the years. But apparently never did one singer see fit to take on both vocal parts himself.

“During performances I’ve often wondered why one needs two singers,” the German tenor remarks in the album notes. Also, he confessed, “I’m so fond of the songs for lower voice that I get very jealous when listening to my baritone or mezzo colleagues.”

From some singers this might sound like a frivolous ego trip, but not with a consummate artist like Kaufmann. Just as one would expect, his singing on this album is beautiful and at times deeply moving. The tenor throws himself energetically into the strenuous exertions of the opening drinking song, and summons a melting tenderness for the extended closing song, “Der Abschied” (“The Farewell”) with its haunting final repetitions of the word “ewig’ (“forever.”)

Yet there’s an inevitable lack of vocal contrast from song to song that keeps the work from realizing its full, shattering potential. Kaufmann’s voice has darkened somewhat over the years, so that in the tenor songs he sounds almost baritonal (though the requisite high notes are hardly stinted), while in the other songs he lacks the depth of resonance that baritones bring.

All in all, an interesting experiment but not one likely to be repeated anytime soon or to take the place of other, more traditional versions.

The Vienna Philharmonic is conducted by Jonathan Nott.