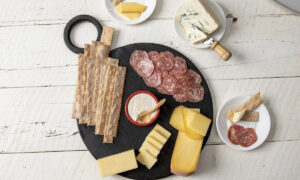 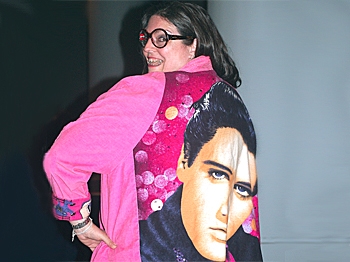 Tellebration Celebrates Stories Across the Country

"Welcome! Thank you for coming,” said Mr. Beavin. “You are very brave to walk in the dark!" Representing the National Storytelling Network, Beavin directed this year’s Atlanta event for the twentieth anniversary of Tellabration.

Tellabration is billed as a worldwide benefit evening of storytelling that creates a network bonded together in spirit at the same time. It’s been held the Saturday before Thanksgiving since 1989.

The audience in Atlanta filled a small theater in the Carter Center. In every continent except Antarctica, simultaneous events reached more than 37,000 people, said the program.

Linda Martin told of “Elvis, The Quest for the Holy Grail.” Once she lived in Magnolia, Arkansas.

“There is nothing there,” said Ms. Martin. “It’s Arklatex, where Arkansas meets Louisiana meets Texas.” The nearest Italian restaurant was 50 miles away.

At the end of a three day shopping road trip, Linda saw the end-all of lamps. From the neck up, it was young handsome hillbilly Elvis, with the pompadour and the sneer. From the neck down, it was pudgy white jumpsuit Elvis—sparkly. On his head, a light bulb emerged, “as if Elvis was having an idea,” said Martin. The lamp was $39.00 with lampshade included, and she wanted it. But the car was full. She had already bought three suitcases to put her purchases in. The clerk said “Honey, UPS don’t come here.” Marilyn talked her into leaving it behind.

Many years later, Marilyn found the lamp and had it shipped to Linda in Atlanta. Now when they have their two or three weekly phone chats, she sits “under the warm and loving light of the King.”

Members of the audience stood and read the official Tellabration Proclamation: Across six continents, in 40 states, and nine countries, from Sacramento to Savannah, Boise to Barcelona, West Virginia to West Indies, from Albuquerque to Atlanta, over 300 audiences gathered for this spectacular storytelling event.