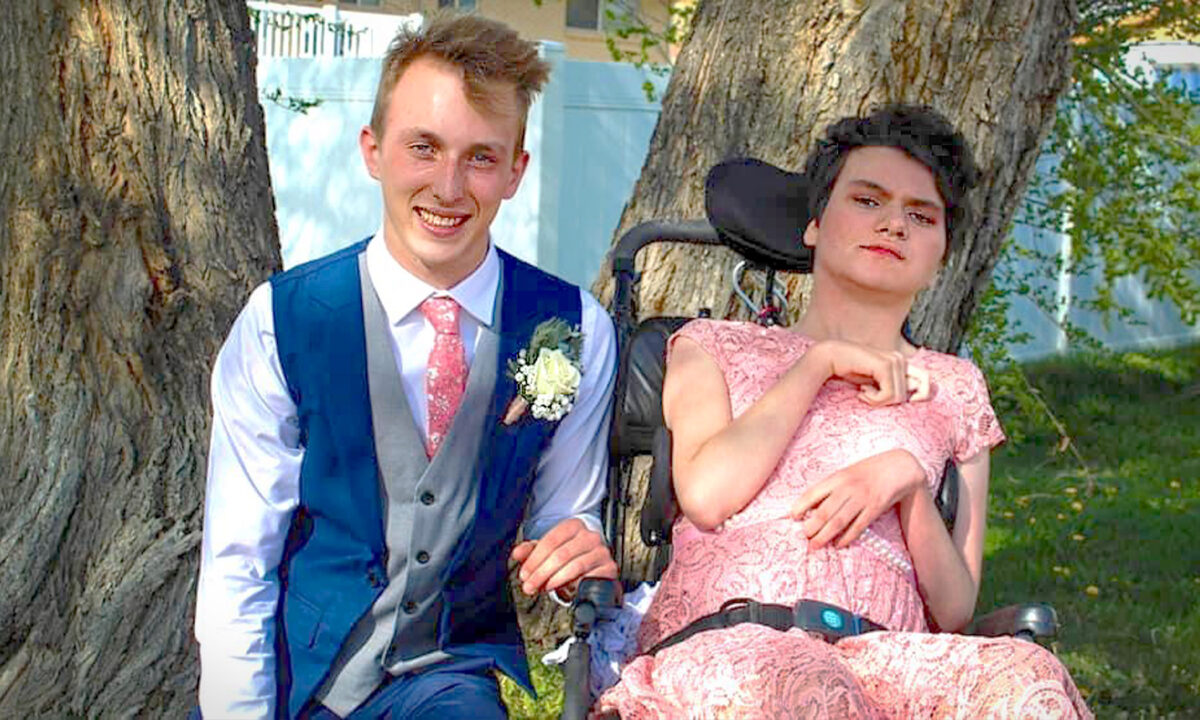 A young man from Utah has been lauded for stepping up to accompany a disabled girl confined to a wheelchair to a special-needs prom.

Carson Preece, 17, a student at the Utah County Academy of Sciences, offered to accompany Isabelle, or Izzie, to her prom after her planned date contracted a virus and could not escort her.

“My sweet daughter Isabelle is 16 and wheelchair bound,” her mother Syndi Knowlton posted in a community Facebook group on April 2.

“We have been talking about prom and her date can’t go now. Are there any young men that might want to attend the special needs prom with this gorgeous girl?”

Carson’s mom, Trina Preece, came across the post and felt it tugging at her heartstrings. When Carson came in, he noticed his mother was teary-eyed and asked the reason. Trina read him the post, and to her surprise, he offered to accompany the girl to the prom.

“And so he did! We went the day before her prom to decorate her room, and let Izzie meet Carson,” Trina captioned in a Facebook post of her own on April 24.

“Then, he accompanied her to prom, where she was crowned Duchess. Afterwards he sat in her room for an hour and watched cartoons with her!”

Izzie, the boy’s mom explained, is non-verbal and mostly uncommunicative; but there were a few moments when her eyes met his, and his met hers, and “she lit up like the 4th of July”—and so did he!

Speaking in an interview with The Epoch Times, Carson’s mother could not hide her excitement over the whole episode.

“I got teary. It is a blessing to have a child that is sensitive enough to do something like that and be comfortable with it,” Trina said. “And so, I just feel blessed. I am grateful that he has a soft heart like that.”

On prom day, the weather was very cold, and Izzie felt the chill, as she was wearing a sleeveless dress. Carson, the young gentleman that he is, found a way to get her warmed up.

“So I went and asked the uncle who was in the parking lot, and he helped me put a sweater on her,” he told The Epoch Times, adding that the event was a “cool” experience, and Izzie really had fun.

Izzie was even made Duchess of prom and got her own crown to wear. It was really a “cute” experience for her, as she had not expected so much enjoyment.

After the special day, Carson hadn’t been in touch with Izzie, though he texted her mom thanking her for allowing him the chance to accompany her daughter—and offering his company again sometime.

“Let me know if Izzie ever wants a movie partner or something,” he told Izzie’s mom, adding that he will pay another visit once school ends, to watch TV or hang out with her.

Trina says Carson has a passion for the disabled and delights much in being of service to them. Further, she adds that the kindness in her son is generational; citing that she began working with special-needs groups while in high school.

Judging from the huge number of likes and congratulatory comments on Trina’s Facebook post, it’s evident her followers were impressed by her son’s kind act.

Carson’s story has inspired many. He was overwhelmed by how many times their story has been shared, over and over again. In the future, he has plans of entering engineering, and starting a business in window cleaning.