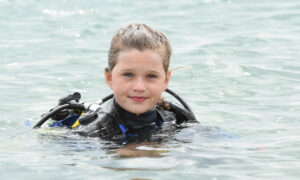 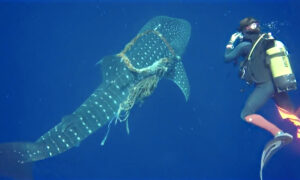 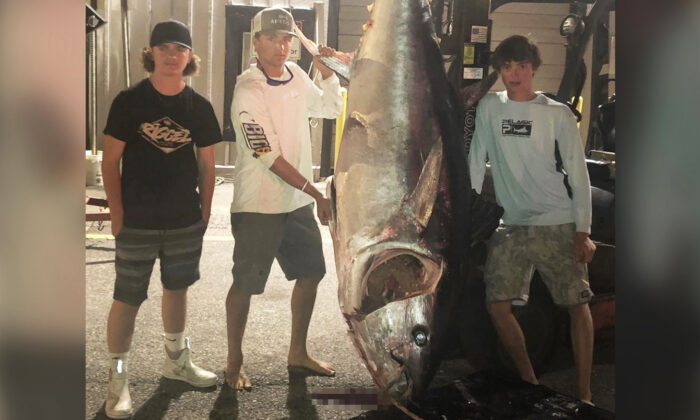 Three teenage fishermen can tell their friends about the big one that didn’t get away after fighting for seven hours to land a huge bluefin tuna earlier this month off the coast of Maine.

The fish weighed about 700 pounds (approx. 318 kg) and was strong enough to drag them for 10 miles before they could reel it in, 17-year-old boat owner Wyatt Morse told CNN. The teens were about 40 miles off the coast of Portland when they caught the fish.

“We didn’t see the fish until 6 hours into the fight. He just stayed deep—300 feet of water—and he didn’t want to come up,” Morse said. “They just they’re so strong. It’s incredible.”

Morse said they could tell that the fish was huge even though they couldn’t see it.

“I’ve hooked a lot of fish in my life and I knew right away, I was like ‘this is going to be a long one boys,’” Morse said.

Tuna fishing is Morse’s summer job, and occasionally during the season he’ll go out for days at a time. They caught the fish on July 1, on Morse’s first trip in his new boat.

Griffin Buckwalter, 16, shot video of the catch and posted it on YouTube.

He’s an avid fisherman but had only seen tuna fishing on TV shows like “Wicked Tuna” before his trip.

“It was just like seven hours of chaos,” Buckwalter said. “The fish was always trying to snap us off in the motor, trying to run into other people’s boats, and it was just doing everything he could to try to snap off [the line]. So we really didn’t have any time to rest or just kind of relax.”

He did what he could to help out while filming and handed things to Morse, and Martin Scanlan, 16, who was reeling in the fish.

Morse said Scanlan’s arms got so tired he could barely work the rod, so they would switch out occasionally so he could recover.

“When the fish came out of the water, it was just kind of insane. I didn’t expect it to be that big,” Buckwalter said.

When they finally caught the fish, it was too big for them to get it in the boat, Morse said. Scanlan’s dad came out in another boat to help them get the tuna back to shore.

They sold it to a local fish-processing company for $2,000.

The fish was 110 inches long, and Morse said it weighed 550 pounds (approx. 249 kg) after the processor gutted it and removed its head and tail.

“After that fish, I just kind of got hooked and now I’m now doing that five days a week,” he said.