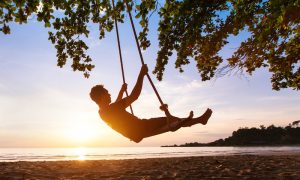 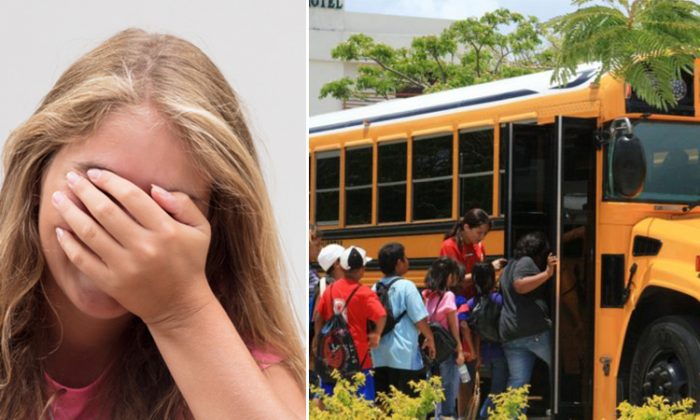 Teen Acts Quickly When He Sees Girl Get Her Period on School Bus, and Mom Praises Him

From the archives: this story was last updated in March 2019.

Like a flower that suddenly blossoms, a young girl’s entry into womanhood may appear suddenly when she least expects it. For one particular girl who was mentioned in social media, her period arrived for the first time while she was riding home on a school bus, and it could have been terribly embarrassing for her had a kind soul not stepped in to lend her a, err, sweater.

She was unaware that her period was already showing through the back of her pants, but a teenage boy who was a year older than her had taken notice.

Unlike some kids, who can be awfully cruel at times and might have called attention to it or teased her loudly, this young man got it and did the right thing. Pulling her aside, he whispered in her ear telling her what had happened and gave her his sweater to tie around her waist so that she could get off the bus without making a scene in front of all the other kids.

Embarrassed though she was at the time, the boy assured her that it was okay and that he understood. “I have sisters, it’s all good!” he told her.

After the girl had returned home and her mother learned what had happened, she decided to anonymously share the boy’s good deed on social media to thank his mother for raising a decent human being.

“If you are this boy’s mom, I want to say thank you and that you are raising him right!!” she wrote. “We hear so many bad things about today’s youth and I wanted to share something positive!”

Not long afterward, the post went viral and garnered heaps of praise for the young man’s mature handling of a delicate situation.

“That boy will grow up to be a good husband to some lucky girl one day👍,” wrote David.

There were also mothers online who had sons themselves and understood the right way for a parent to teach them about these situations. Social media user Debbie wrote, “As a mother of only sons I have had the conservation with them regarding girls and periods … I stressed to them that if this ever happened to a female friend of theirs (or even a stranger) to discretely let them know.”

Nevertheless, there was no shortage of praise for the boy’s parents from social media users who wanted nothing more than to pay them their due.

“What a gorgeous boy, he, his mum and dad ought to be very proud of themselves. Pity there aren’t more people like that out in our cruel world,” wrote Fiona.