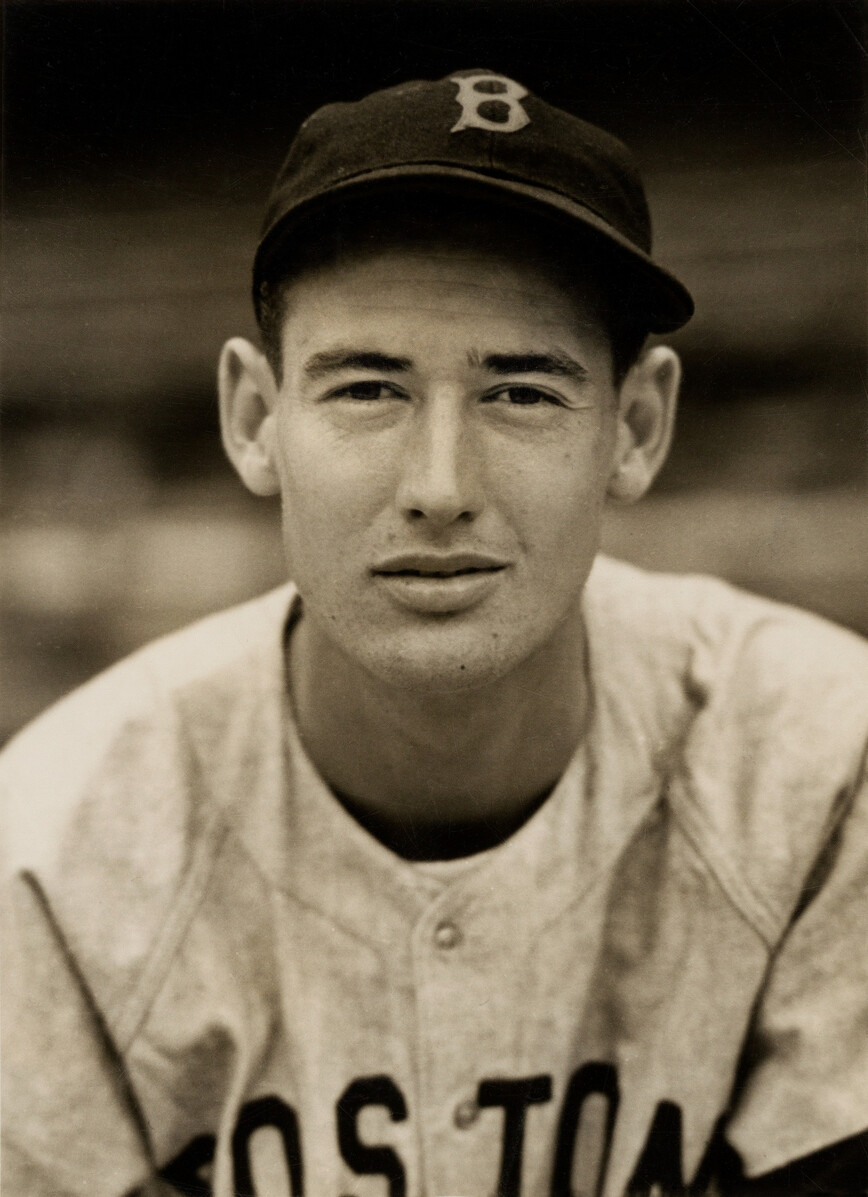 Ted Williams: A Look Inside the Extraordinary Life of the Greatest Hitter in Baseball History

Hard work paid off for Baseball Hall of Famer Ted Williams in his career as a whole, including one historic year
BY Rachel Pfeiffer TIMEApril 29, 2022 PRINT

“All I want out of life is that when I walk down the street folks will say, ‘There goes the greatest hitter that ever lived,’” Ted Williams once said. The debate about the greatest hitter of all time will never be settled, but Williams’s amazing career with the Red Sox ensured he will always be part of the conversation. Williams played 19 seasons and still served in two wars. Even though he lost five years in the prime of his career to military service, he hit milestones other players can only dream of.

On September 28, 1960, Ted Williams played his last major league game. Coming off his worst season in 1959, Williams returned to play a final season at age 41. The season itself had been a miracle, with Williams passing the 500-homer mark and once again batting well over .300.

On this particular fall day, the fans came hoping to see one last grand miracle from the Kid—to see the ball arch and fly over that outfield wall.

Williams walked in the first, flied out in the third, and flied out again in the fifth. He came to bat again in the eighth, receiving an ovation from the crowd. They willed with all their might for the Splendid Splinter to end his career with the same excitement and clutch hitting they’d witnessed from the beginning, with the same magnificent swing he developed as a kid in California.

Williams’s extraordinary life and career began in San Diego. Though not a child of a happy home, he nevertheless managed to find friends and mentors everywhere he went. Baseball quickly became a part of his life.

Williams swung a bat whenever he had the chance. He starred first at Hoover High, then signed with the San Diego Padres. The Padres weren’t part of the major leagues yet, but Williams’s play drew the attention of the Boston Red Sox.

In 1938, Williams attended spring training with the Red Sox but failed to make the roster. He played a year in the minor leagues in Minnesota, then successfully made the 1939 roster at the age of 20. He was an instant success, driving in 145 runs in his rookie year and batting .344 in his second season. These seasons, however, were simply the prologue to his great 1941 effort.

Many remember the 1941 season as the year of Joe DiMaggio’s 56-game hitting streak. However, while DiMaggio strung together one hit after another, Williams was doing the same. But instead of chasing a consecutive game hitting streak, he was chasing .400.

Bill Terry had achieved a .401 batting average about a decade before, and Williams was convinced he would be next. Opposing pitching didn’t intimidate him in the least.

He was right—the pitchers couldn’t stop him.

“Part of Ted’s great success as a hitter was the way he studied pitchers,” manager Joe Cronin said. “Even then he got to know more about the pitcher than the pitcher knew about himself.”

From Williams’s home run in the 9th inning to win the All-Star Game to his competition with DiMaggio, the 1941 season was pure magic. Williams entered the final series of the season with his batting average teetering on the edge of .400. After the first game in that series, his average was .39955.

The bombing of Pearl Harbor in December 1941 launched the United States into World War II and resulted in over 500 major league ballplayers entering the service. Williams played the 1942 season, but during that time he enlisted in the V-5 pilot training program.

Williams progressed through the classes and training, eventually receiving his wings on May 2, 1944. He received overseas orders on August 18, 1945, which took him to Pearl Harbor. However, he wouldn’t go any further. He was released from the Marines on January 12, 1946.

In the following years, Williams played in the only World Series of his career, a losing effort to the Cardinals. He continued to rack up hits and homers, but the Red Sox teams he played on never again had a chance at the title.

The Korean War began in 1950, and in 1952, Williams learned he was being called back into the service. The Marines were desperate for pilots. Williams, along with almost every World War II veteran being called back for another war, felt he had already done his duty. However, he vowed to do the best he could for his country once again.

In February 1953, Williams arrived in Korea. This time, he was right in the middle of the action. His first combat flight nearly killed him.

After dropping his load of bombs, Williams flew back toward friendly territory. However, mechanical issues soon alerted him to the fact that he’d been hit. The procedures indicated he should bail out over the Yellow Sea and wait for rescue, but Williams knew he wouldn’t survive long enough to be rescued from the freezing water. He also knew that his large, 6-foot-3 frame would likely be seriously injured by the unreliable ejection seat. A young pilot came to his rescue.

Larry Hawkins realized Williams’s plane was hit and leaking fuel. In the event of a crash landing, this created a huge problem: fire. Hawkins motioned for Williams to follow him, and the two sped higher and faster into the sky, trying to keep fuel from pooling in the engine. When they were almost to a base where they could land, Williams lowered his landing gear. The plane caught fire, and Williams rocketed toward the ground with the plane ablaze.

He hit the landing strip at a speed of over 200 mph. The plane skidded down the long runway, pieces of it flying off along the way. When the plane finally stopped, Williams jumped out unhurt. The Red Sox slugger had survived his first combat flight.

After 39 missions, Williams received a release from combat due to persistent respiratory issues. He soon returned to action on the baseball field.

In the end, his storied baseball career boasted a lifetime batting average of .344, the all-time best on-base percentage of .482, 2,654 hits, and 521 home runs. His home run that is best remembered, though, might very well be the last one he hit.

The fans imagined they could will Ted Williams to one final, glorious at-bat on that September day in 1960. The Kid stepped into the box like he had so many times before. Williams took a ball. On the next pitch, he swung and missed at a high slider. The crowd held its breath. Next came the fastball, and Williams was ready. He drove it high through the air. Back over the wall it sailed—back into stories told over dinner, back into Red Sox history, back into baseball lore. A last miraculous moment for one of the greatest hitters to ever play the game.

Giving the speech for his Hall of Fame induction years later, Williams summed up his feelings about the game he played and the country he served.

“I’m grateful and know how lucky I was to have been an American and had a chance to play the game I love—the greatest game of all—baseball.”