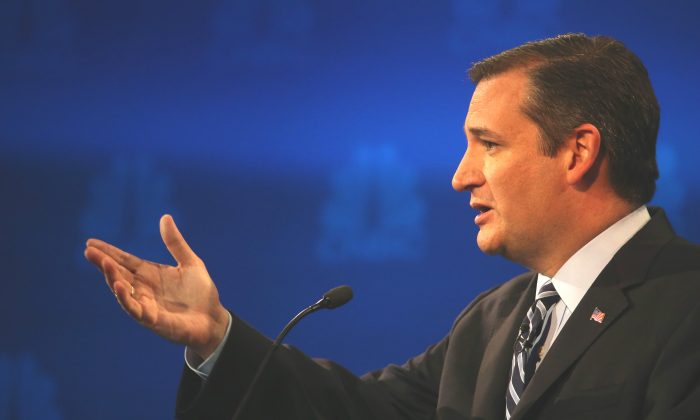 Ted Cruz welcomed Shen Yun Performing Arts to his home state of Texas where the performing arts company will kick off its 2016 world tour on Dec. 22 with a performance at Houston’s Jesse H. Jones Hall for the Performing Arts.

In a Dec. 3 letter the presidential candidate and junior senator from Texas writes that he is “very pleased to welcome the members of Shen Yun Performing Arts to Texas” and appreciates Shen Yun for reviving the 5000 years of classical Chinese culture through dance.

“I commend Shen Yun for its portrayal through music and dance, the illustrious history and rich culture as well as the violence and persecution that China has endured,” Mr. Cruz writes, “it is an honor to commemorate 5, 000 years of China’s heritage. As we mark this period, let us always remember the challenges China has overcome while preserving through those that remain to be faced.”

He also thanked the Southern USA Falun Dafa’ association’s efforts for bringing Shen Yun’s performance to “highlight the history of China,”  and sent his wishes for “a successful series of performances.”

Shen Yun’s four companies will embark on five-month tour that visits more than 115 cities in the Americas, Europe, East Asia, and Oceania. Shen Yun will offer 12 shows in Houston, Dec. 22–Jan. 10 and in Dallas Jan. 1–10. It appears in Oklahoma City on Dec. 23–24.

With reporting by Lin Nan.