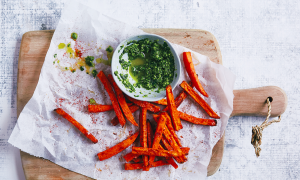 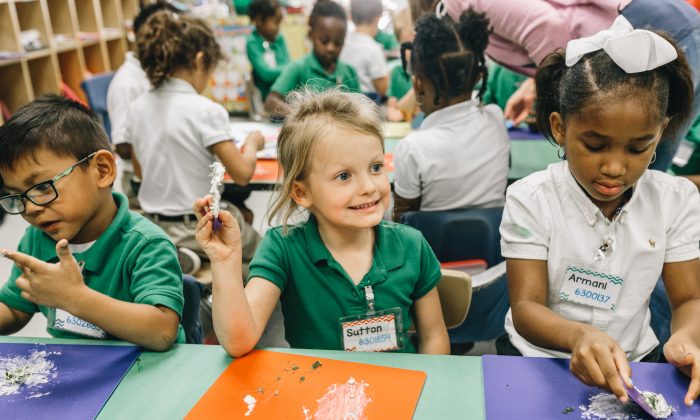 Teaching Kids to Cook: Building Confidence, One Meal at a Time

Learning to cook can open new doors, in the kitchen and beyond
By Carolyn Federman

Growing up, math was like a foreign language. I literally could not understand what the teachers were saying, especially as they were often writing on the chalkboard with their backs to the class. My mom tried everything—even resorting to a book called “Overcoming Math Anxiety”—but math simply did not and would not make sense to me.

One afternoon when I was leaving elementary school, I noticed a small group of kids heading into one of the classrooms, led by an enormous, gentle-giant-looking teacher. Once inside the room, his theatrical voice boomed into the corridors. The kids laughed and chatted, as if they were actually enjoying themselves. Why were those kids allowed to have so much fun at school?

This turned out to be the “gifted and talented” class, a group to which I had no access. But I did have a fighter for a mom, and when she heard about this program, she took me to the principal to plead my case: “I also want to have fun at school!” Somehow, it worked, and it was there that I discovered the effortless joy of experiential learning.

In one of the most memorable classes, we made “quarter-sized pies,” a math lesson to top all math lessons. Presented with a regulation nine-inch blueberry pie recipe, we were challenged to work together in small groups to prepare a pie that was exactly one-fourth the size of the original. Fractions had never been so delicious! Suddenly, math made sense, and an entire world of information—and self-confidence—opened up to me.

A Doorway Into Learning

Fast forward 30 years. I’m seated on the kindergarten class rug with my sweet, rambunctious son, surrounded by enthusiastic five-year-olds, my arms around his chest. The teacher holds up giant flash cards and each child takes a turn reading a word aloud. I feel my little guy’s heart begin to pound. I knew from years of math trauma exactly what he was going through.

Within a year, my son was diagnosed with dyslexia. Instinctively, I recalled that quarter-sized pies lesson and the way it magically unlocked so many mysteries for me, and found refuge for both my son and myself in food and cooking. Seeking out hands-on projects that would spark my son’s curiosity and spotlight his many skills began a journey for both of us, of struggle and anxiety, and its antidote in food.

Together, we tried as many new foods as I could possibly manage to prepare. We played games like “spice quest” at dinner, testing his mettle for hot peppers and other foods that stretched him out of his comfort zone.

He watched how-to videos as he worked, spatchcocking chicken and gutting squid—the perfect jobs for my fidgety, messy, excited-about-gross-out-stuff kid. He glowed with pride when these jobs were done. I never focused on his struggles but instead offered as many opportunities as I could for him to shine. Over time, he developed a sense of confidence apart from academics. He knew he was smart.

What started out as a series of home-based food projects led to cooking lessons with his entire class. His classmates lit up as much as he did with each recipe. Latkes, salads, quarter-sized strawberry-rhubarb pie (of course!)—it didn’t matter what we made, they always loved it. Teachers thanked me up and down for offering all the kids a doorway into learning.

This idea hadn’t come to me out of thin air. At the time, I was working for chef and author Alice Waters, whose Edible Schoolyard Project brought kids into a kitchen and garden classroom as part of their school day. Around the kitchen classroom table, kids learned math, science, and history while preparing a dish to share and eat, made from ingredients harvested right in their own school garden. This was the gifted and talented program of my youth, mainstreamed so that my child—and all children—had access to it.

In 2014, I turned this experience into a life’s dream with the Charlie Cart Project, a nonprofit that would make hands-on cooking part of every child’s education. We’ve designed a compact mobile kitchen, stocked with tools, curriculum, and recipes, so teachers can lead cooking lessons right in the classroom. Educators love it. Now, in more than 130 schools, libraries, and food banks in 36 states, the Charlie Cart is empowering kids through food.

The teachers I talk to often remark that they see students differently during cooking lessons. Kids who have a hard time in a traditional classroom environment can blossom during a hands-on lesson. Their confidence builds, and the teacher, seeing them with new eyes, reinforces their success. Then their peers begin to see them anew as well, and a cycle of positivity is created around that child.

Generally speaking, when we (adults) offer food to kids, we assume the worst. They won’t try it; they won’t like it; why waste great food or complicated dishes knowing how they will respond?

In fact, a recent ad from Kraft Heinz reinforces this approach. A parent is about to roast a beautiful salmon filet when a young child enters the kitchen and makes a “I’m going to vomit” face. Cut to the family happily eating something that is supposed to resemble a taco, made from heavily processed (and pre-packaged) ingredients.

The problem with this ad is not that it promotes tacos over salmon for dinner, but that it feeds into the narrative that kids have unsophisticated palates, and it’s not worth your time to feed them anything else. Not to mention if we were ruled by our children’s every eye-roll, they’d spend a lifetime hitting the couch instead of the books.

As parents, we are all educators. You don’t need to be an expert to foster your child’s ability to navigate in this life. What happens if we expect the best instead of the worst from them? What if we offer them up opportunities to try, to taste, to like; to open their minds to new foods and new ideas?

By the way, that kid of mine, who struggled so much academically, is heading off to college this fall. Once he got his grounding with food, he went on to find all kinds of experiential learning opportunities where he excelled. He became an EMT, built his own bikes, and became a talented photographer. And of course, he is an absolute joy to cook and eat with.

Picky eaters at home? Try out these tips. (And let me know how they worked!)

Carolyn Federman is the author of “New Favorites for New Cooks, 50 Delicious Recipes for Kids to Make” (TenSpeed Press) and the founder and executive director of the Charlie Cart Project, a nonprofit that teaches children to cook, so they can nourish themselves for a lifetime. Founded in 2014, the Charlie Cart Project is a 501c3 organization with programs in 130 sites across 36 states. For more information, visit CharlieCart.org